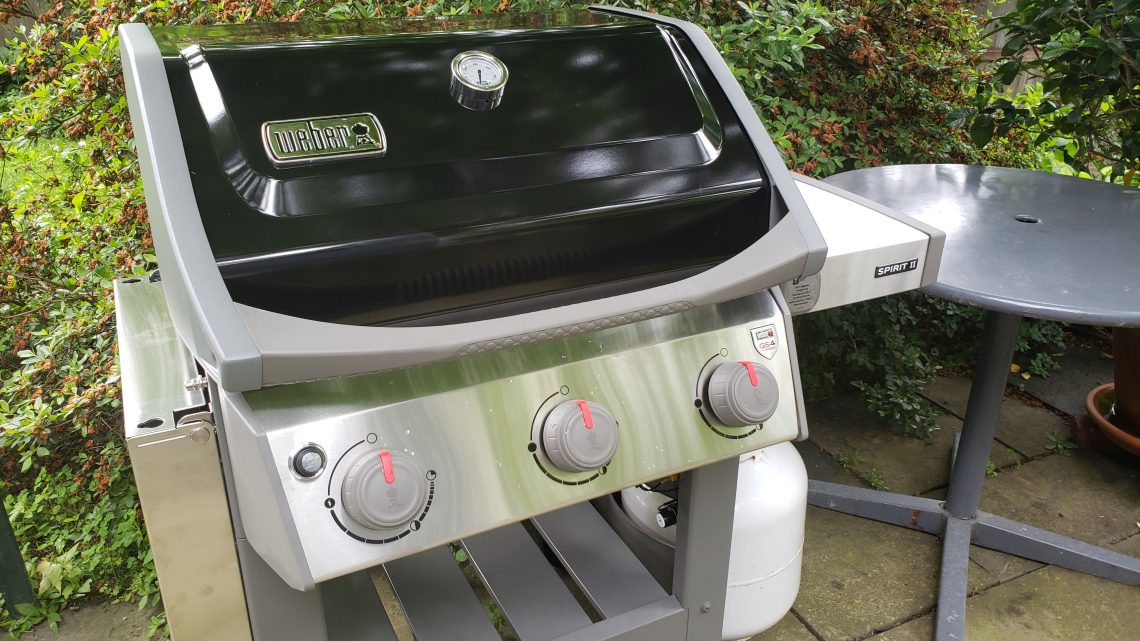 For the last decade, I’ve been a charcoal guy. Self-righteous in my primeval cooking over glowing coals, I disdained the ease and convenience of bland gas. 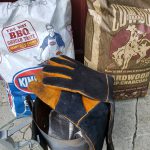 The end of an era

I’d tell everyone that it only took 20 minutes to fire up the charcoal in a chimney with just a sheet of newspaper and a match.  But that only happened under ideal conditions. Sometimes it could take longer. I relished the spray of hot sparks as I dumped the glowing coals into my classic black Weber kettle grill, but also had to be careful not to set the garden on fire.

The virtues of those smoky red hot coals were part of my regular patter, but I’d gloss over the difficulty of getting the cooking temperature right. Flares of flame from dripping fat added flavor and char but were hard to control. It’s a fine line between charred and burned.

The truth is that cooking with a charcoal grill is a little like playing vinyl records. It’s old school with extra work in pursuit of elusive benefits.  Think about getting up every 30 minutes to turn the record over while hoping that the vinyl really does sound better. That’s what it’s like to cook with charcoal.

Before I’m roasted by ardent charcoal fans, let me say that I was never a sophisticated cook over the coals.  I didn’t learn the dark arts of indirect heat, never explored the mysteries of drip pans, couldn’t find the time for long slow smoky cooking.  And the greatest omission of all, I never really understood what to do with the vents to control the fire. My grilling was limited to building a hot fire and searing stuff over it – steaks, burgers, swordfish, and the like. Pretty tame, I know.

Although I read with envy about beer can chicken, slow roasted barbecue, succulent ribs, and grilling whole legs of lamb, I never did any of it. I was a low end user. 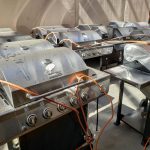 When my Weber finally expired from old age and too much exposure to the elements, it was time to face facts.  I had secretly envied folks who turned on their grill and left it unattended to preheat, folks who did not endure the risky shower of sparks, who didn’t need heavy leather safety gloves to manage their heat. I watched with secret longing as they adjusted the temperature with the twist of a knob.

It was time to take the gas grill plunge.

After some online research and checking with veteran gas grill users. I settled on a Weber Spirit ll three burner model. It’s large wheels would roll over my uneven flagstones.  Three burners was big enough to cook for a modest crowd but small enough for indoor winter storage, and it had an excellent reputation for reliability and good cooking. 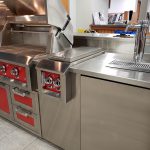 Ron Pirro at Aitoro’s on Westport Avenue in Norwalk walked me through the range of choices. You can go big time, spending thousands for built-in models in gleaming stainless steel, ready for an outdoor kitchen.  The portable models come in a dazzling array of shapes and sizes. Shopping for a grill is almost as confusing as shopping for a car. I was happy with my Weber model at $450.

In fact, it’s reputation was so good that I had a tough time finding one leading up to Father’s Day weekend. The attractive color choices were all sold out, but basic black was good with me. At Aitoro’s they were just getting in a shipment as I was ready to commit. 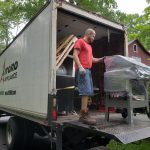 It was much more pleasant to deal with a knowledgeable salesman there, than to fight for attention at the big box stores.  The price was the same across the board, and most retailers offered free assembly and delivery.

A few days after ordering, the burly delivery crew from Aitoro’s showed up with my fully assembled grill, carefully swaddled in plastic wrap.  They carried it to the back yard, hooked up the tank, and tested the burners. Great service as promised.

Hamburgers and hog dogs seemed to be the best menu for christening a new grill. There had been a crowd for brunch but just a few of us for dinner on Father’s Day. It was a low pressure way to get familiar with the workings of the Weber.

I wanted to figure out how long to preheat, locate the hot spots, and find the cooler areas. The burgers went on at high, looking for a good char. Sure enough, some spots were hotter than others.  A dosi-do of the patties evened out the cooking. Hot dogs on medium at the other end of the grill worked out well. They only need to be heated, not cooked.

To see a graphic heatmap of a grill, toast the buns.  It’s easy to see how the temperature varies by their color. The dog wrappers can be charred on one end and barely golden on the other. Burger buns might be toasted on the bottom half and colorless on the top.  There’s a learning curve with new equipment.

Gone for now are the challenges of charcoal. The gas grill has fulfilled its promise, and I’m ready to up my grilling game.

Next post From The Norwalk Hour: Finding new flavors at the Fancy Food Show

Previous Article From The Norwalk Hour: Picnic and performance - a summer tradition

From The Norwalk Hour: The Magic of Mayo

From The Norwalk Hour: Hamburger Season Swings into High Gear

From The Hour: Gear up for Outdoor Cooking