From The Norwalk Hour: A better butter taste-off 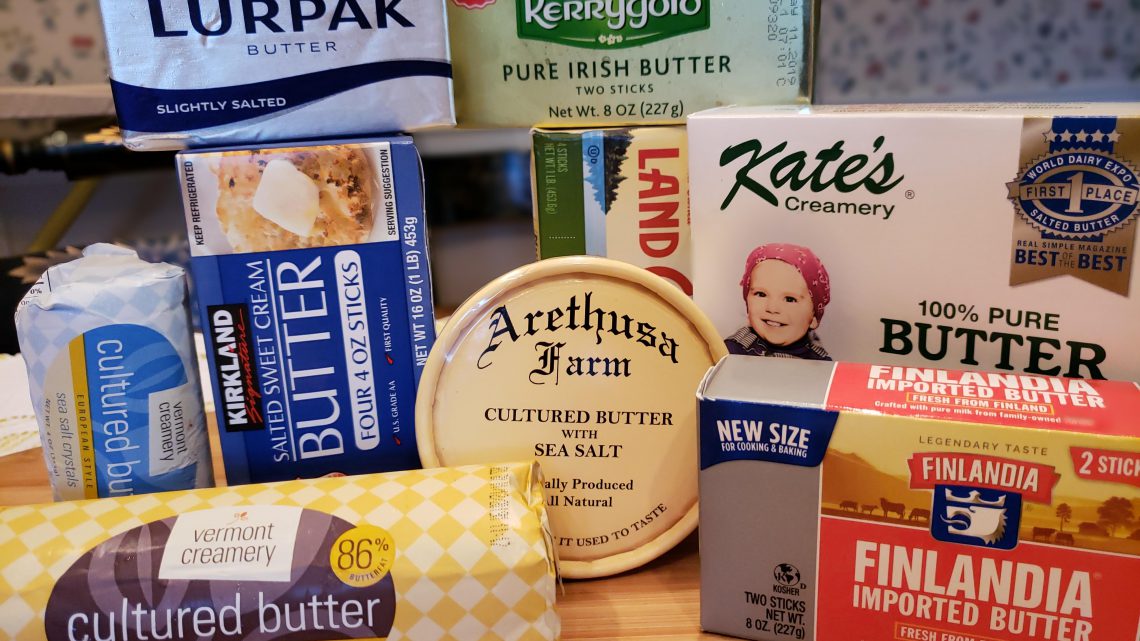 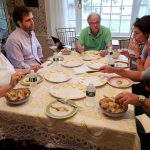 About 1.85 billion pounds of butter is made in the United states every year (yes, billion with a B).  Americans are said to consume just under four pounds per person annually – to butter their toast, season their vegetables, bake cakes, and dunk lobster. But it’s just plain old butter, right?

We gathered a group of friends who like to cook and bake to taste and explore the differences in ten butters: Marc, an accomplished grill and barbecue cook; Sue, an avid baker; our niece Julia, a student of French cuisine and culture; along with Marsha and I. 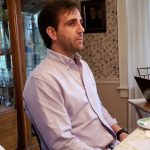 You might think that butter is all fat, but it’s not. Very few list the butterfat content on the package, but American butters are usually around 80%.  European style butters run a little higher, with a maximum of 86%. The rest is mostly water and milk solids. Higher fat means less water, yielding a hotter smoke point and more tender baked goods.

Butter also comes salted and unsalted. Salt, originally added as a preservative, is the standard in America. Unsalted butter has a more delicate flavor and allows control of the saltiness in recipes.

For cultured butter, bacteria is added to cream before churning, just like for yogurt. It has a tangy, slightly nutty, rich flavor and a minimum of 82% butterfat. I was once told that “it’s butter that wants to be cheese.”

The tasting began with three salted butters.  The butter was spread on slices of Wave Hill three grain bread – the “rock star” of the gathering, according to Julia. 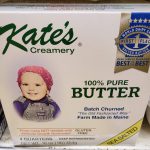 Iconic Land O’Lakes ($6 per pound) was popular with the tasters. Julia and Sue thought it would be good for baking. Tim liked the “real” flavor. Marc called it creamier.

Kirkland ($2.50), the house brand from Costco, neither offended nor earned a lot of praise. Unremarkable, but good enough, it’s a great value at the price.

Julia called Kate’s sea salted small batch from Maine ($7) “more of a spreader” – good on toast or biscuits. Marc and Sue concurred. Tim thought it had “better appearance, darker, with a good sheen.”  All found this a little saltier. 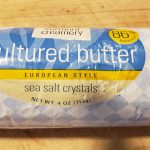 The next trio were all high-end and cultured.

Vermont Creamery ($10) churns a full line of 86% butterfat cultured butters that are highly regarded by chefs and bakers. The tasters in our blind tasting were initially put off by the unique cultured flavor. After the traditional style butters they were mystified by the difference.  Once I let the cat out of the bag, they better appreciated the unique flavor and richness.

The Vermont Creamery butter with Sea Salt Crystals ($12) was well received.  Marc said “Oh, wow!” and thought of spreading it on salted bagels. Tim said it was “good butter,” that tasted homemade, ”  I was reminded of the salt on a pretzel. 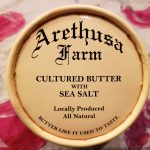 Arethusa Farm in Litchfield is a source for luxury dairy products – butter, ice cream, milk, cheese, and yogurt.  Marsha thought their cultured, small batch churned, sea salted butter ($12) had notes of “fresh cut grass.” Julia felt it was earthy, truffley, and really stood out from the other butters.  Sue said, “something in it pops to make it special.”

Two importers were next.

Lurpak ($12) salted butter from Denmark is a beloved taste of home for the customers at the Scandinavian Butik on Main Avenue. Not a hit with our panel, it may be an acquired taste.

Milk from grass-fed cows is the source for Kerrygold ($7.20) Irish salted butter.  Tim thought the fat content could be 82 or 83%, just like he uses at Wave Hill. It was salty and creamy with a glossy sheen.

We finished with two unsalted butters. 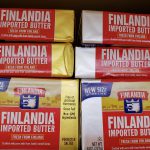 Finlandia ($11) is a European-style from Finland.  Tim found it to be creamy – similar to the butter he uses for his flaky croissants.  Marc noted an assertive buttery flavor.

Like their other butters, Vermont Creamery unsalted ($12) is cultured, 86% fat, and made from hormone free milk. Marc liked the smooth rich texture. Julia proclaimed, “This is what butter is supposed to be.”  Tim noted the pure butter flavor and went on to explain that unsalted butters are better for gluten development in pastries.

Even though there was some butter fatigue, the tasters were asked to nominate their three favorites. The Vermont Creamery unsalted tied with Vermont Creamery sea salt crystals for the most votes. Tried and true Land O’Lakes was the third most popular. Kate’s from Maine, Vermont Creamery salted, and Finlandia each earned one vote. Surprisingly, the Arethusa got lots of good comments but no votes.

Everyone went away with a new-found appreciation for the flavor differences in individual butters. Some may be a little pricey (those are usually sold by the half pound), but compared to other luxury foods, they seem like a modest splurge for a special occasion. 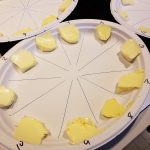 Next post From The Norwalk Hour: Hartford Election Cake, a Connecticut voting tradition

Previous Article From The Norwalk Hour: Cutting through the wine store clutter