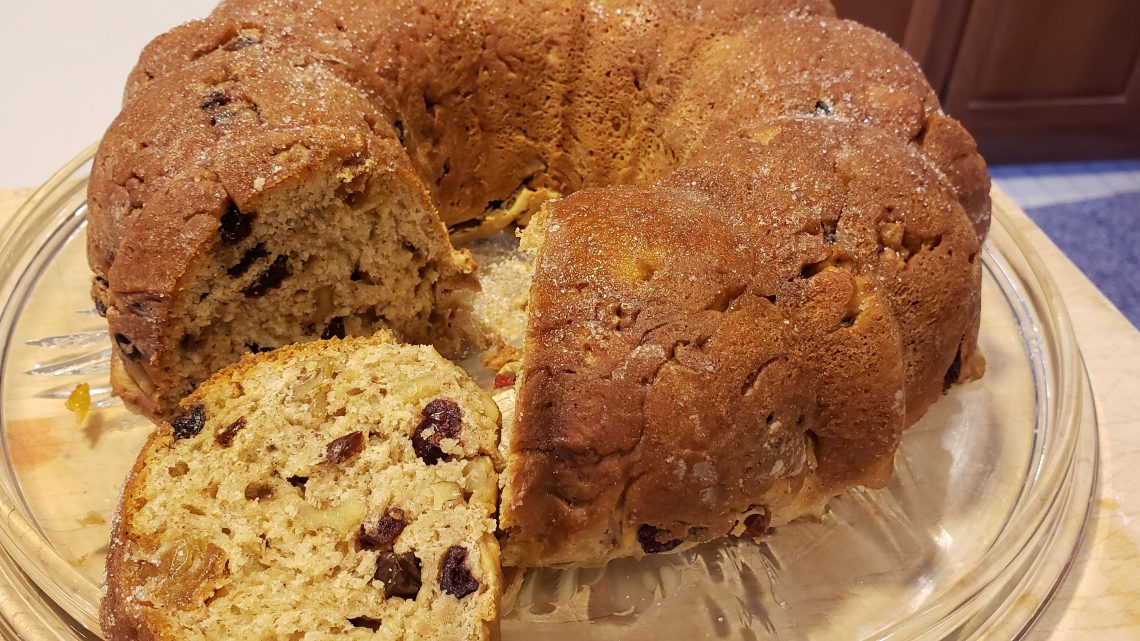 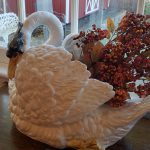 Fall is the election season now

When election day rolled around in colonial America it was cause for celebration. Voting was done in the spring back then.  People gathered for all day town meetings, to cast their votes, and to enjoy each other’s company along with food and drink.

An election cake was the much anticipated centerpiece of the occasion.

Voting was a lot more fun then than it is now. We squeeze in our vote early in the morning, after work but before dinner, or even later – if we vote at all – looking forward to the end of the political message barrage, hoping for our candidate to prevail.   If we put the fun back in, perhaps voting would be less of a chore. 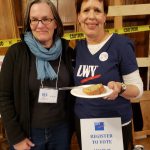 With the help of Mary Oster at the Norwalk League of Women Voters, I sliced into the Election Cake tradition at their City Hall candidate forum. She encouraged me to bring a cake to see what the reaction would be.

Election cakes are made with ingredients typically available in early America. It’s a yeast-based cake, since commercially made baking powder was not available.  Loaded with dried fruit, nuts, and spices, it’s also seasoned with a healthy jolt of rum.

Like any recipe that’s been around for centuries, there are countless variations.  I baked a Hartford Election cake from afamilyfeast.com.  The cake became a Hartford tradition in the early 19th century, when election day was one of the most important dates on the calendar. 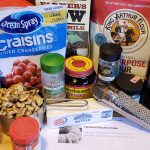 An early recipe appeared in American Cookery by Amelia Simmons in the first decades of the 1800s. It called for 30 quarts of flour, 10 pounds of butter, 14 pounds of sugar, 12 pounds of raisins, 3 dozen eggs and more. It would have fed a crowd.

Election cakes are flavored with the spices associated with the New England spice trade. Cinnamon and allspice, of course, along with coriander, cloves and mace.  Nutmeg is a must, since Connecticut is the Nutmeg State. Knobs of nutmeg, looking a little like acorns, were common in the larders of the era – ready to be freshly grated when needed. 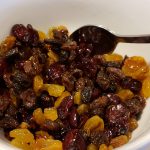 Dried fruits, another kitchen staple, were also a product of New England seafaring traders. Raisins and currants are the most commonly mentioned options in the recipes I checked. Dried cranberries were included in my cake to add a tart native fruit to my raisins and sultanas. Dates, apricots, or cherries would work as well.

The sailors also brought home plenty of rum from their voyages.  The rich flavor of dark rum is good in Election Cakes, but any spirit of the time would do.  Madeira, sherry, or port would all work.

Because it’s a yeast cake, making an Election Cake takes half a day. Most of the time is spent waiting for the cake to rise. After combining the ingredients into a wet dough, a two-hour proof is needed.  When the yeast has worked its magic, the dough is shaped into the pan and rested for another hour to double in size. The final bake takes about 40 minutes. 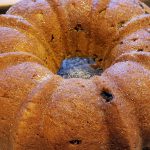 Election cake fresh from the oven

Back then, there would have been a yeast starter in the kitchen, not the packaged yeast we have today. Everyone had their own slightly different starter that they fed daily.  These days, wild yeast and sourdough starters are coming back with dedicated home bakers. (I’m not there yet.)

The aroma of fruit and spice drifts through the house as it bakes. Open the oven door and you get a blast of toasty cake and bread as well. Turn it out and brush a blend of butter and rum over the golden brown surface, and the aroma gets even better.

The candidates at the LWV forum were all enthusiastic about the cake and encouraged the revival of the tradition.  Republicans and Democrats, incumbents and challengers all joined me in an encouraging bipartisan slice of Hartford Election Cake. 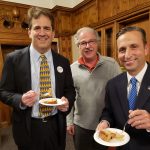 All elections are important, but this one seems particularly urgent to me. We need to elect a team with vision, ability, and smarts to lead our state through the tough problems at hand and position Connecticut for a successful future. Be sure to get out and vote! Every vote counts – with or without Election Cake. 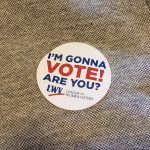 Next post From The Norwalk Hour: Finding your roots

Previous Article From The Norwalk Hour: A better butter taste-off

From The Norwalk Hour: Cupcakes bring smiles and happiness

From The Norwalk Hour: Cookbooks from the Stars