From The Norwalk Hour: Local Corn Season is Finally Here 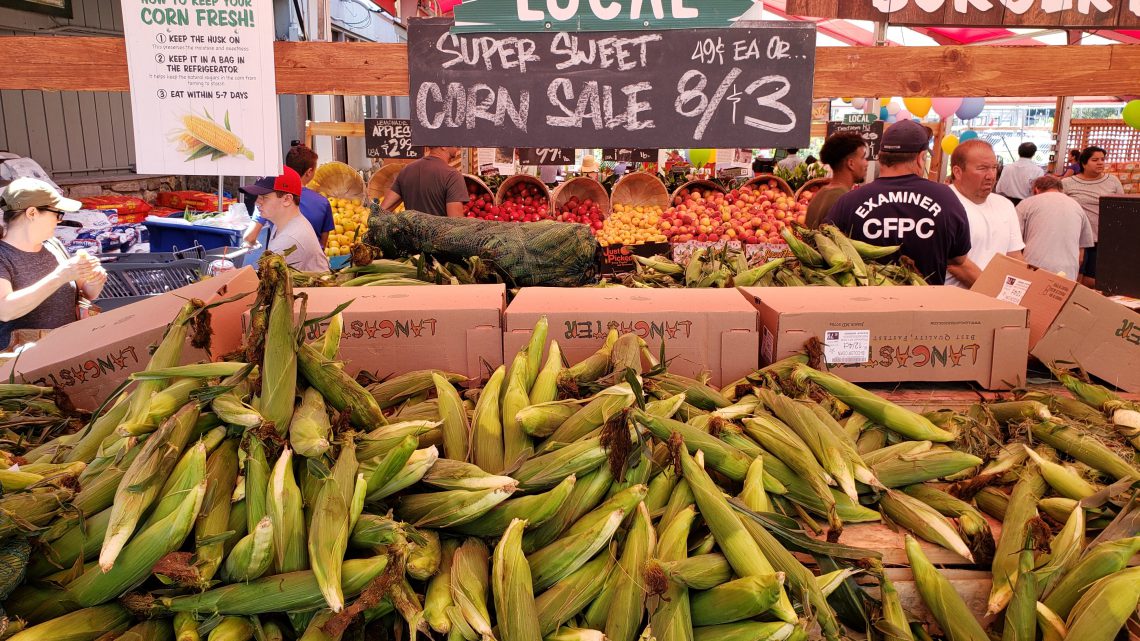 When I was a kid, we used to spend summers on Cape Cod.  One of the most memorable pleasures of those summers (and there were many) was the fresh sweet corn that came into season in August.

We would drive to the Hart Farm on Upper County Road where it crossed the Swan River in Dennisport. They had lots of local vegetables, but the corn from the field right behind the stand was the highlight.

Several times a day, the farmer would come and dump another load of corn on the table, still warm from the sun with the stems moist from their recent cutting.  You couldn’t get corn any fresher than that. The plan was always to pick up the corn during the day and cook it that evening.

To get the sweetest possible corn, my folks wanted the least amount of time between field and kitchen.  Since the sugar in corn begins to convert to starch as soon as it’s picked, the quicker to the pot, the sweeter the corn. 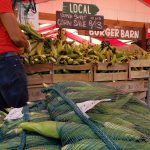 Today’s corn has been bred to be extra sweet and to keep its sweetness longer.  Now we get very good, very sweet corn shipped up from the south starting in June. It tastes good, but it’s not the same as the local, fresh-picked stuff.

Stew Leonard knows what I’m talking about. There have been mountains of corn at the entrance of the store all summer long, but now, his ads are shouting out that, “The local corn is here!”  The corn from close-by fields is, “picked at sunrise,” and delivered daily. On a recent day, the corn pile was being refilled with bags from West Suffield, CT. They could barely keep up.

For all the love of fresh sweet corn, there’s little consensus about how to cook it. 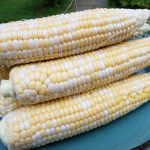 Ready for the pot

Boiling is the most common method.  Get the water rolling before adding the corn.  After that, there are lots of different approaches — all of them right.  Salting the water or not is the first point of contention. It may make the corn tough or it may be an essential seasoning, depending on who you ask.  There are some who add milk and butter to the cooking pot. A pinch of sugar might help out corn that’s not fresh or sweet enough.

Beyond these thorny issues, the argument rises to a boil over the cooking time.  I’ve heard the case for anything from three minutes to twelve. The cooking time is a moving target with lots of variables. I can’t imagine that the corn is even hot all the way through in only three minutes.  I’ll confess now that we’re a twelve-minute with-salt-in-the-water family and we get sweet, deliciously crisp corn. We leave the backup ears for seconds in the hot water, and they’re still good. 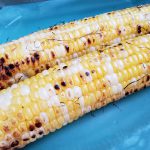 Grilling corn has become more popular in recent years.  The nutty flavor contrasts with the corn’s natural sweetness.  The cooking is judged by color instead of time. Golden brown with a few charred kernels or charred all the way around, it’s a matter of personal preference.

The fact is corn is pretty tolerant of a wide range of cooking techniques.  What’s really important is the freshness and quality of the corn.

I think everyone can agree that plenty of butter and salt are required.  This brings up the contentious question of spreading or rolling. I’m ducking that one with a no comment.  There is a compromise though. Just unwrap the first few inches of the butter stick, then you can hold the paper while rubbing the end of butter over your hot ear. 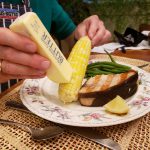 Corn comes in a wide range of colors and styles. Yellow is the old time standard. White has its followers. A mix of colors, sometimes called butter and sugar, is popular now. When you peel the husk back the kernels may be small, almost immature or plump. Take your pick.

Regardless of your method, it’s always a good idea to cook some extra corn.  Cut the kernels off the cob and add them to salads for added crunch and flavor.  Saute the cut corn in a little butter for a nice side dish. Add a few red or green peppers and maybe a sprinkle of Parmesan. Or you can go for full blown succotash with the lima beans and everything else.

In these weeks when it’s fresh and local, there’s no such thing as too much corn.

Next post From The Norwalk Hour: SoNo Seaport Seafood Reopens at Last

Previous Article From The Norwalk Hour: A Martini that’s Good for You

Bloodroot in Bridgeport stars in its own documentary

From The Norwalk Hour: Madeira wine, the favorite of our founding fathers

From The Norwalk Hour: Holiday shopping made easy