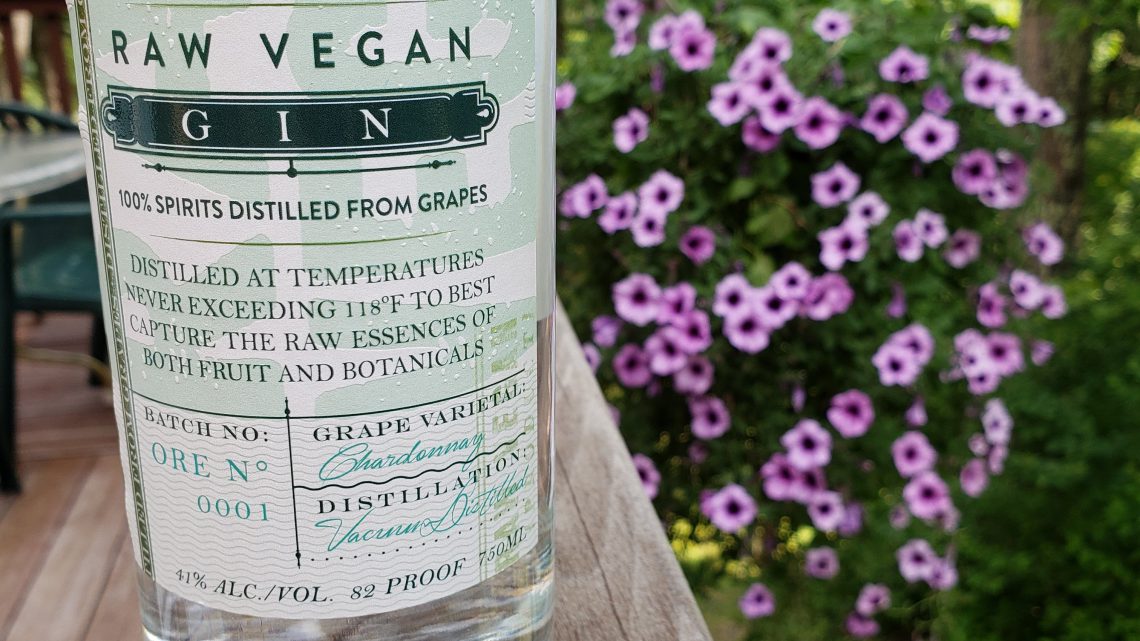 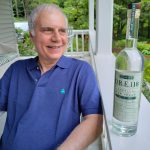 Vegans, particularly those who practice raw veganism, should be able to enjoy a martini just like the rest of us. That’s what Bob Elder thinks.

Bob knows a good martini when he gets one, but he couldn’t get one at a high-end raw-vegan restaurant in New York. Out to dinner with his niece, who follows a raw vegan diet, Bob was denied a martini — not just his preferred brand, but any gin.

The server explained that during distillation for any spirit the temperature exceeds the 118 degree threshold for being raw. From 119 degrees and up, it is not considered raw, even if the ingredients are vegan. 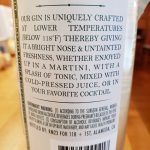 The back label tells the story

It’s a fine but important hair to split.  Above this temperature many beneficial enzymes and micronutrients break down.  Distilling at temperatures below 118 preserves the original raw essence of both the fruit and botanicals in the gin.

Like any good entrepreneur, Bob saw a market in search of a product.  A few years after that fateful dinner, he brought O.R.E. 118 Raw Vegan Gin to the market.  O.R.E. 118, Original Raw Essence, is certified by BevVeg to meet the raw vegan standards.

His interest in distilling goes back to his grandparent’s New York basement at the intersection of 118th Street and First. There, the Italian family made wine and distilled grappa from the remaining grape pomace.  He still treasures his grandfather’s well-worn bastone, pictured on the elaborate gin bottle label — a three-forked stick used to push the pomace through a grinder before fermentation. 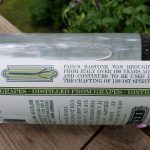 The family Bastone is shown on the label

The question was how to find a way to distill at a very low temperature. The answer was vacuum distilling, where low pressure reduces the boiling point to meet the raw vegan standards.  A process that is similar to how Shochu is distilled in Japan.

With the advice of a master distiller, Bob and his sons decided to distill Washington State chardonnay instead of grain alcohol and limit the botanicals to just seven.

Gin is a flavored, neutral spirit, made popular as a way to mask the harsh flavor of malaria-fighting quinine in the days of the British Raj. This is the origin of the now ubiquitous gin and tonic.  London Dry Gin (Beefeater for example) is the most popular style, traditionally flavored with juniper berries and more. Beyond juniper, each gin has its own bill of botanicals for its house style. In recent years, the world of gin flavors has broadened, a trend started by Hendricks Gin that is flavored with cucumber and rose. 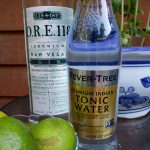 The simple ingredients for a delicious G & T

O.R.E 118 follows a more traditional path. Their refreshing Italian juniper is complemented by Makrut lime leaves, green peppercorns, ginger root, black sesame seeds, and orris root.  Under it all, there’s a whisper of the chardonnay eau de vie. It’s a balanced recipe with a subtle juniper aroma followed by lime and spice flavors.

The extended Elder family tried over twenty possible recipes before choosing this one.  It’s delicious in an icy cold dry martini or a refreshing G & T. For a raw vegan martini, Elder recommends Dolin Vermouth de Chambéry, which meets the raw vegan standards.

Bob explained his preferred martini mixing method to me.  He likes them very dry. A bartender in a long-closed Irish restaurant in New York taught him to pour a good measure of dry vermouth into a shaker of ice.  Doesn’t seem like a good start to a very dry drink, does it? But the trick is to then cover the shaker with a strainer, turn it upside down and let all the vermouth drain out. “All that’s left now,” the bartender explained, “is the vermouth that’s kissing the ice.” “It was a good martini,” Bob said with a grin.

Craft spirits are hot right now.  Bob told me that in the beginning of this century there were about 75 distillers nationwide.  Now there are roughly 2000 with more coming on line every day. It’s a crowded field. Only a unique product, well made, and professionally presented can succeed. 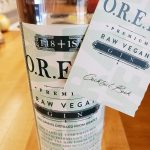 O.R.E. Gin comes with its own cocktail recipe booklet

The raw vegan market is narrow but unique — likely to be loyal to a product like O.R.E. 118 that meets its special requirements.  Beyond that, the gin is carefully made “with a process that yields great tasting gin,” Bob asserts. Even if, like Bob, your not a raw vegan practitioner, you can still enjoy the gin and appreciate the top notch ingredients and unique distilling method behind it.

There are plans for national distribution, but for now O.R.E. 118 is only available in New York and California.  The Tribeca Grill and Aquavit have both created special cocktails around the gin. It’s a big hit at the Candle 79 vegan restaurant.  Selected retailers are carrying it at about $35. Connecticut is coming soon. In the meantime you can contact O.R.E. 118 through their website to see what they can arrange.  Cheers!

Next post From The Norwalk Hour: Local Corn Season is Finally Here

Previous Article From The Norwalk Hour: The summery flavor of homemade pesto

Bloodroot in Bridgeport stars in its own documentary