From The Hour: Eating Well at Main & Wall 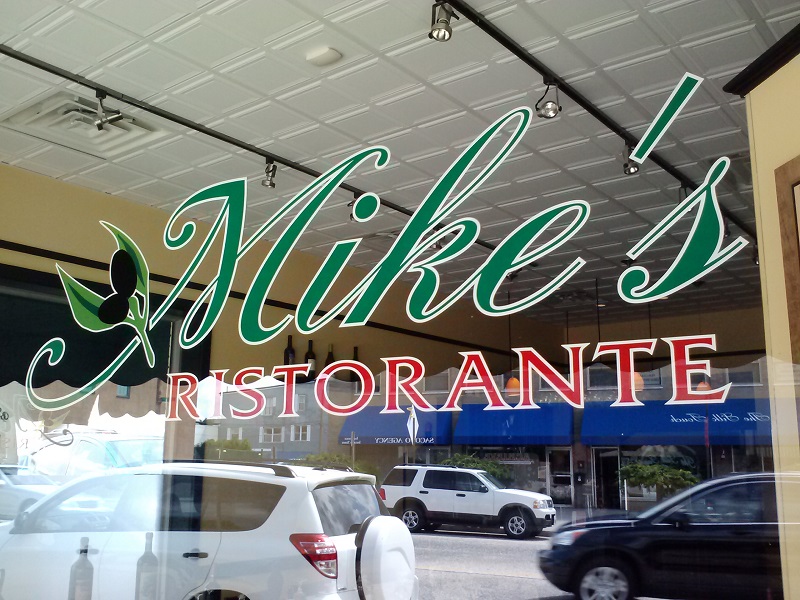 The short stretch of Main Ave from its beginning at Wall St. north to Rt-1 is home to some of Norwalk’s most enduring and beloved restaurants. Starting at the southern end with Mike’s Ristorante and (the relatively new) Paella, including the New York Bakery and B.J. Ryan’s across the street, moving on to The Family Diner and then to the much missed Nicholas Roberts. This long block is the scene of rare restaurant longevity.

Mike’s Ristorante has been the source for authentic Southern Italian food since 1969. Chef Nino Pagliarulo returns to Italy several times each year to nourish his connection to the food and culture of his homeland. The intimate restaurant is very much a hands-on affair in collaboration with his wife Teresa – famous for her Tiramisu. The carefully crafted food and warm, caring service have cultivated a loyal and ardent group of fans. When I was walking by the other day, in the down time between lunch and dinner, Nino came out front to chat – a very hospitable guy. 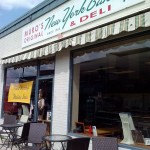 With an even longer record of service, the Original New York Bakery, just up the street, has been going since the 1950s. The third generation of the family is behind the counter now. The breads here are great (I love the whole wheat sandwich loaf).  In the afternoon you can see some of the region’s best food trucks loading up on their fresh-baked rolls and buns. The display case is full of cookies and pastries – I can barely resist the crumb cake. Evolving to keep up with the times, the Bakery now offers a full range of sandwiches and deli foods and is a refreshing stop for Italian Ice in the hot weather. 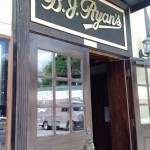 Across the street, B.J. Ryan’s is a popular Norwalk pub with a broad selection of craft beers and an eclectic menu.  The surprisingly small but cozy space features photos of bygone Norwalk restaurants on the walls.  I always thought of it as a burger and beer pub and there is lots of good beer, but the menu goes way beyond standard pub fare. Try the basic burger with your choice of toppings, crisp-hot shoestring fries or cobb salad tossed with the dressing and a perfectly ripe avocado.  Beyond burgers there are creative and interesting sandwiches plus not-often-seen roast prime rib, creative preparations of tuna  and salmon, and southern style buttermilk fried chicken. Forty-three bottled beers and at least eight interesting selections on tap make choosing a challenge.

A little further along, are the twin destinations of Steve’s Greek Market and The Family Diner.  These family-run institutions also have the third generation carrying on the tradition. The store is a renowned source for Greek and Mediterranean specialties. The diner is a classic, with home-style cooking and Greek favorites from an extensive menu. 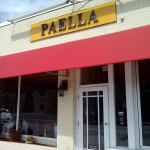 Paella, closest to Wall Street, is a relative newcomer (but a consistent favorite) in this area of long-established eateries. The menu has an extensive and enticing list of tapas, both hot and cold, but on a recent visit, I was looking for the namesake dish – paella. Six different options were offered, each to be shared by two. We chose the traditional with sausage, shrimp, calamari and chicken. Our friends Diane and Doug opted for an all-seafood version that included lots of scallops and lobster. Other variations featured rabbit, squid ink and grilled vegetables.  The rice was flavorful and well cooked with the spicy-salty essence of the sausage predominating. I have a fondness for richly-flavored rice dishes, risotto, pilaf and the like, and paella has joined the list.  As with so many owner-operated restaurants, the service is personal and attentive.

At the Northern end of this restaurant enclave was the former NIcholas Roberts. Closed now for almost a year, N-R was a restaurant where food was front and center. With no bar and a liberal BYOB policy, all the considerable attention of Chef Rob Triolio was on the menu – with great results. Rob is still catering, contact him at chef@nrbistro.com for a great event.  He’s scouting a location for a new restaurant he’s planning.  I hope it works out.

Norwalk’s diversity extends to its many restaurants and the clamor of the new can at times be overwhelming. But while it’s fun to try out new places, always save time for the restaurants you’ve loved for years. After all they’re still with us for a reason: hard work, attention to detail, and consistent quality.

Next post From The Hour: A Taste of Local Beer

From the Norwalk Hour: Italian restaurants for memorable meals.