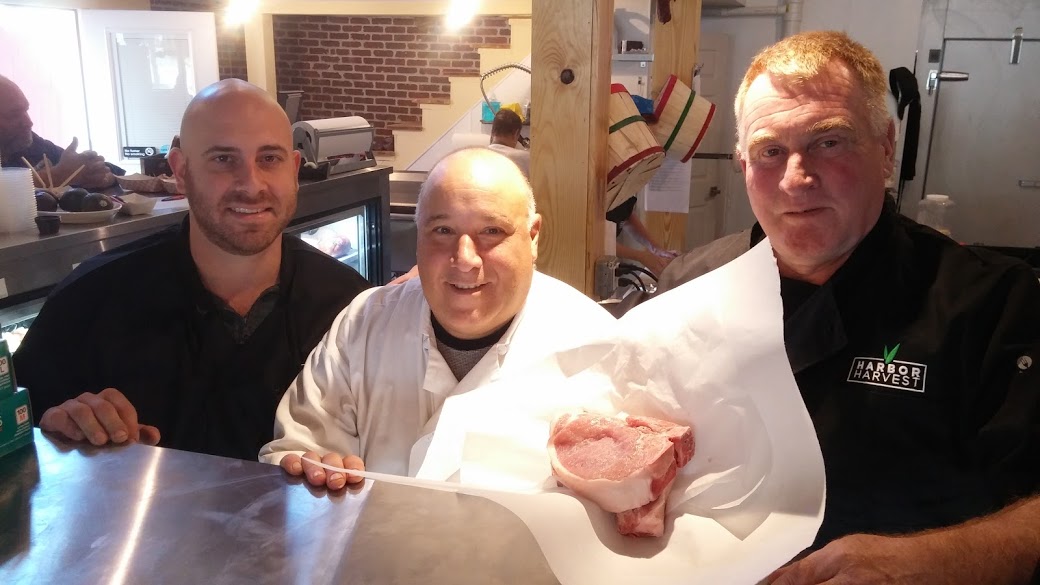 Ernie, Sal and Bob at Harbor Harvest with my pork chops

It’s easy to overcook pork chops, turning them dry and chewy instead of moist and tender. But it doesn’t have to be that way. Buy the best chops you can. A custom or artisanal butcher will get you the best quality (Try Harbor Harvest in Norwalk). The following approach is best for thick chops – one inch or more. For thinner chops, I suggest braising.

This is a general method rather than an exact recipe. Feel free to experiment and add a little more or less of the ingredients or use a different liquid to deglaze, if it seems right. Always taste as you go along. Be sure to adjust cooking times to the size of your chops

For deglazing, you can use any liquid or combination of liquids – chicken stock, wine, vermouth and the like. You can add a little cream to the sauce at the end, but be careful, it may break.

I like to serve this with roasted brussels sprouts and boiled potatoes.

Next post From The Hour: Old time butcher shops with new sustainable style

Previous Article From The Hour: Lunch in Ridgefield