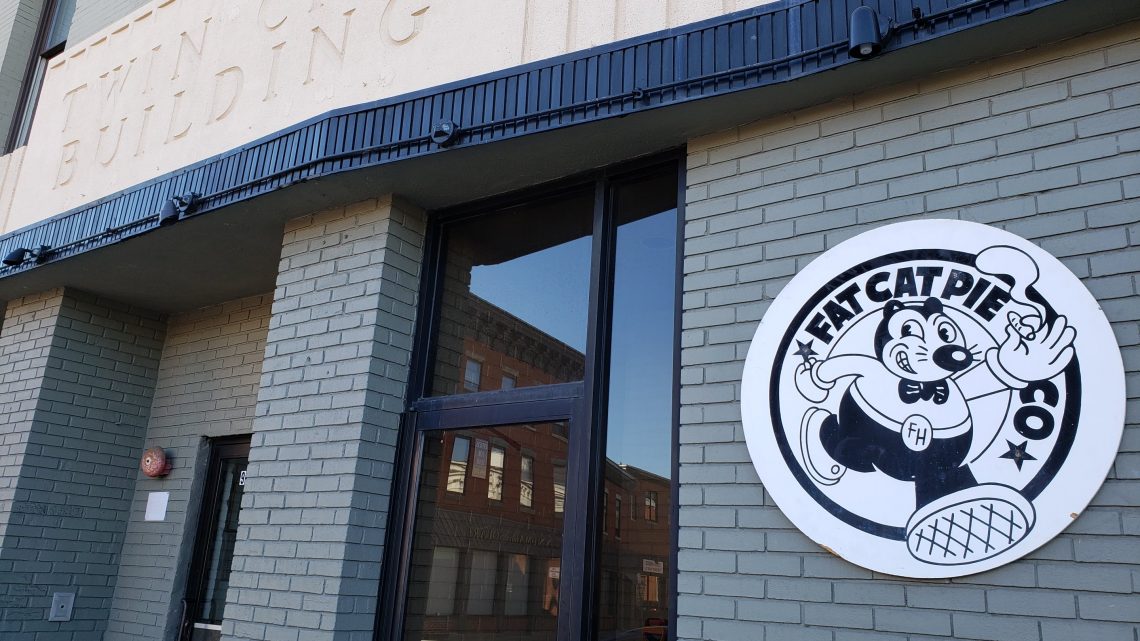 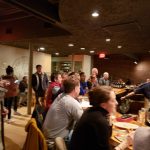 The closing night crowd at the Fat Cat Pie Co.

Eating dinner at Aji 10 on Wall Street in Norwalk, we looked across the street at the Fat Cat Pie Co. Earlier we had walked through the soon-to-close restaurant where every table was filled, the bar was packed, and a crowd of devoted fans milled around hoping for a seat. The throng was a tribute to the restaurant’s popularity and a testimony to how much it will be missed.

Next door, Peaches Southern Pub was also humming along. It too would close soon, and even on a usually quiet Wednesday night, it was full of customers getting one more taste. 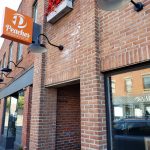 Crossing Wall Street, we popped into Fountainhead, a wine store closely associated with the Fat Cat. Mike Pelliteri told us it was the last night for the restaurant. We knew it was closing but had no idea that we had happened onto the final service.

Just across narrow Knight Street, Aji 10 was an island of tranquility. With no plans to close, it was a normal winter Wednesday: a birthday party in the corner, some couples at the bar and us.

The restaurant business is in a constant state of flux. New places open, others close. Some new concepts arise to be hits, while others flop.  Old standbys soldier on, while hip eateries attract a trendy crowd. This shifting landscape is normal, but once in a while it seems more like an earthquake than a tremor.

Right now, the restaurant scene on Wall Street in Norwalk is undergoing an upheaval. Within the span of a few weeks, both Fat Cat Pie Co. and Peaches Southern Pub, neighbors on the western end of downtown, will have locked their doors.  A few months ago Bar Sugo across the street from the Wall Street Theater closed unexpectedly. These three well-thought-of eateries leave a gaping hole in downtown Norwalk dining.

I ran into Peaches owner Greer Fredericks in front of the restaurant the day after the closing was announced. “We have an opportunity in New York,” she told me with pride. New York is the big time for restaurants, and an invitation to set up shop there is an honor.   Fredericks was obviously pleased.

Fat Cat’s home, the historic Twin City Building, has been sold and the restaurant was not able to work out a deal with the new owners. 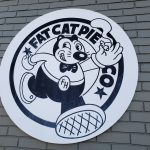 Some restaurants are more important than others, and for me Fat Cat is one of those.  It succeeded in a location that had seen many failures. The highly original concept relied on an appealing but limited menu of high quality ingredients with suppliers like Darien Cheese and Bloodroot given full billing.  It was a true wine bar with carefully-selected highly-personal offerings. The Anconas — Tony, Suzanne, and Mark — were hands-on owners with a unique vision.

Fat Cat was a success from the start, and was still going strong sixteen years later. It drew customers from a wider area than you might expect for Wall Street. The only mystery about Fat Cat was why the owners didn’t try to replicate its simple, successful concept across the region.

Neither Peaches nor Fat Cat closed for lack of business. Both were doing well thanks to fundamentally strong concepts and capable hands-on management.  They were succeeding in a location where others have not done so well. 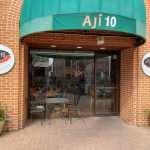 Across Wall Street, Aji 10 is now the last outpost of what had been a stylish, if modest, restaurant enclave. Chef/Owner David Soto with his wife Ana just celebrated their fifth anniversary in this location.  Soto, with a track record in top restaurants like Baang Cafe in Riverside, Splash in Westport and Paloma in Stamford, cooks the fusion cuisine of his home country Peru — a mix of Latin and Japanese — with a smattering from the Americas and Caribbean.

Our dinner that night included crunchy potato-cheese croquettes, lobster sushi with avocado and mango, and a richly satisfying seafood paella.  Pisco, a grape-based brandy native to Peru, made a refreshing sour with plenty of fresh lime, natural egg white foam, and a swirl of finely-ground cinnamon across the top. 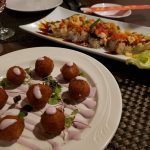 “Our weekend business is great,” Soto told me. “We’ve been going strong for five years now.”  He is concerned, though, about too many empty storefronts across the street. Lively foot traffic creates a little bustle that helps to draw customers. I had the impression he’d rather see some competition open up than have to stand alone.

Across Norwalk, the restaurant industry is in flux. New dining opportunities are opening up in the SoNo Collection mall and at the West Avenue Waypoint, while the Saltwater Restaurant is the most recent closing in SoNo.  It will take a while to digest all this change. 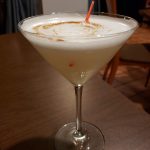 In the meantime family-run Pontos Taverna on Isaacs Street is a destination for authentic Greek Food. BJ Ryan’s Banc House on River Street continues to be a popular pub and source for barbecue and crab.  If you turn the corner from Wall to Main, there is a spate of restaurants including Mike’s, Paella, and BJ Ryans, that are all good for dinner. You can still eat well in the Wall Street area.