From The Norwalk Hour: Shaking it up at Bar Sugo 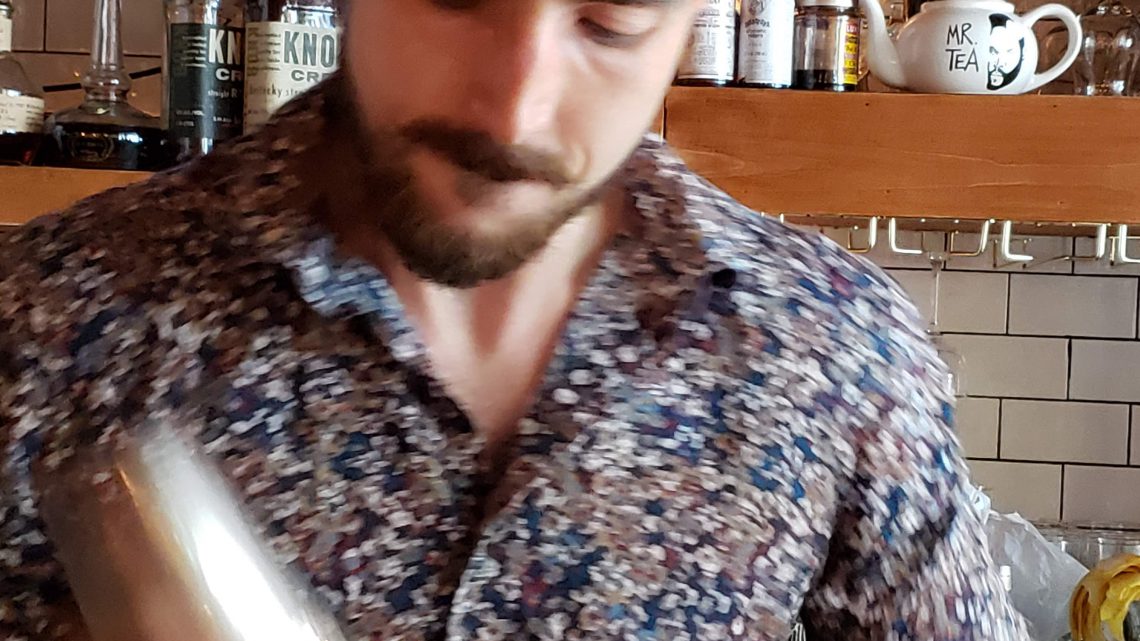 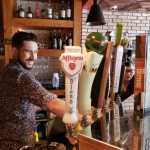 His gleaming shaker held high, bartender Seth Hiravy worked it into a silvery blur with a two-handed grip.  It gradually dulled, frosting up as the cocktail chilled to almost freezing. “When you see the shaker ice up on the outside, the drink is ready,” Seth told us.

We were sitting along the copper-topped bar at Bar Sugo on Wall Street in Norwalk with a dozen other students taking a mixology class. Ten women and two men had gathered on a steamy Saturday afternoon to learn more about the current trends in expert bar tending.

The class started with a rundown of spirits – how they’re made and what’s trending now. Seth explained that vodka is just a neutral distilled spirit and gin is the original flavored vodka, steeped with juniper and other aromatics. Brown spirits like bourbon, rye, and scotch get their color from barrel aging – they go in clear and come out rich and dark, gaining color, flavor, and complexity over time. 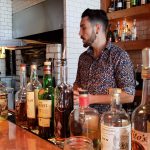 Giving the rundown on spirits

Bartenders have recently rediscovered Italian and French aperitifs like Aperol, Campari, Averna, and Cocchi – wine-based concoctions infused with herbs and spices. “Europeans are marathon drinkers,” Seth explained, “the Spanish, in particular, drink all day.”  But he went on to say that they’re mostly drinking low-alcohol aperitifs that are diluted even further into light drinks like spritzers.

The currently in-vogue Aperol Spritz, for instance, blends Aperol, which is only 11 percent alcohol, with sparkling wine, club soda, and a twist of lemon.  Seth mixed one up for us – a refreshing low-alcohol combination to perk you up, not slow you down. 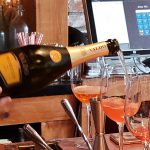 Pouring prosceo in an Aperol spritz

He then gave us the lowdown on iconic Martinis. “Martinis are made with dry vermouth,” he insisted. The standard is 2 ½ oz vodka or gin and 1/2 oz of vermouth. For a dry martini, use only ¼ oz and for extra-dry, put some vermouth in the empty glass, swirl it around, and then pour it out – just coating the glass. Don’t want vermouth?  Order gin or vodka straight – not a martini.

He then went on to debunk James Bond’s demand for a shaken martini. Shaking incorporates air into the martini making it cloudy and creating slushy ice chips. We all tasted Seth’s shaken example and agreed it was weak and watery.  A properly stirred version, on the other hand, was well-chilled and tasted like a cocktail. Perhaps Bond wanted his drink weak so he could keep his wits about him.

Seth explained that stirring is the correct way to chill an alcohol-only drink like a martini or manhattan. For mixed drinks, vigorous shaking “bruises the alcohol,”  blending together the flavor of juices, fruits, and other ingredients 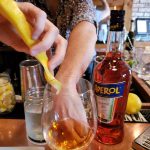 Rub lemon peel on the rim of the glass

Next, he demonstrated the professional way to use citrus peel – lemon, lime or orange.  The flavor is in the oil of the outside colored part while the inner white pith layer is only bitter.

In rapid succession, Seth mixed up some drinks for class tasting: an Aperol Spritz, an Eagle Rare Bourbon Spritz, the Martinis, a Corpse Reviver, both Tequila and Mezcal Margaritas, finishing with a Mai Tai. 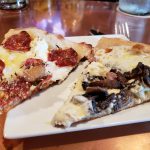 A flight of tasty Bar Sugo thin-crust pizzas were passed along the bar to enjoy with the class tasting:  Funghi, Caramelized Onion, Spicy salami, and classic Margarita.

The next mixology class at Bar Sugo will be on September 15 at 12:30 – reservations required.  Sign up for email notification of pig roasts, game dinners, wine dinners, and other special events.

Learning about mixology was hard “work,” but as you can imagine, it was very rewarding. 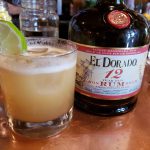 Previous Article From The Norwalk Hour: Adventure and discovery at the Bronx Zoo

From The Norwalk Hour: Prosecco, perfect for summer

From The Norwalk Hour: Small batch booze is a big deal