From The Norwalk Hour: Madeira wine, the favorite of our founding fathers 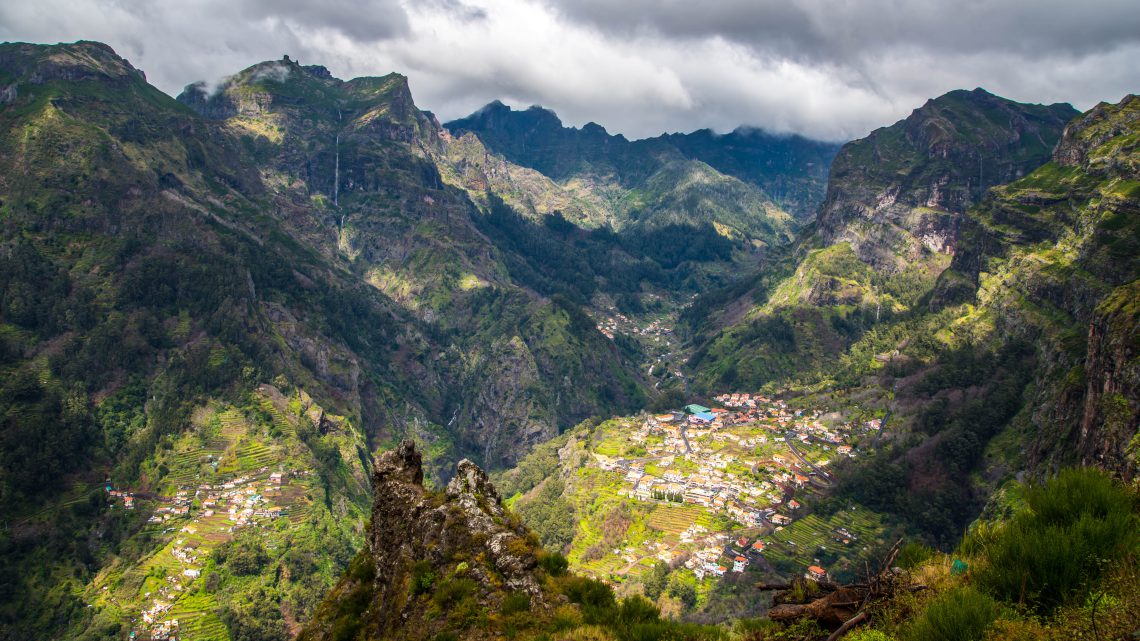 I’ve been told that George Washington drank a pint of Madeira every day. Throughout his lifetime, he ordered it by the pipe (a barrel containing roughly 126 gallons) to be shipped from Portugal to Mt. Vernon.  As we celebrate his birthday, it seemed like a good time to bone up on his preferred drink.

Madeira, from the rugged Portuguese island of the same name, was the favorite wine of our founding fathers.  With no wine grapes growing in the New World there was strong demand for imported wine. Fortified wines, those with added brandy like Madeira and Port, were the only ones that could survive the ocean voyage. 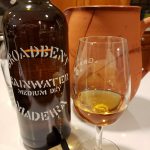 Ranging from dry aperitifs to sweet dessert wines, with a consistent streak of snappy acid across all styles, there’s a Madeira for every occasion and taste.  The wines can be enjoyed by themselves, pair very well with almost all foods, and are being discovered by today’s mixologists as a flavorful cocktail ingredient.

The four traditional types of Madeira are named after the white grapes used to make the wines. Sercial is the driest, usually served chilled as an aperitif with flavors of citrus and almond. Medium dry Verdelho has smokey caramel notes and is often served with soup. Medium sweet Bual adds notes of stewed and dried fruit to the mix and pairs well with aged cheeses. Malmsey is the sweetest of the bunch, but its blaze of acidity makes it lovely to sip by the fire or enjoy with dessert. 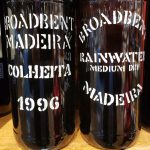 In addition to the four single grape bottlings, blends from red or white grapes are traditional. Rainwater, a blended wine made from red grapes, is lighter, with more fruit flavor. It’s a good introduction to Madeira.  All Madeiras have about 19% alcohol, putting them a few points above table wine, but well below the 40% plus seen in spirits.

Not just Washington was a fan of Madeira. Jefferson, Adams, Franklin, and Hamilton were all regular imbibers.  It is said that the signing of the Declaration of Independence was toasted with a tot of Madeira.

Madeira’s unique flavor and popularity stems from it’s long, hot sea voyage across the turbulent ocean.  The barrels of wine sloshing around in the steamy holds of sailing ships crossing the rough Atlantic were transformed from ordinary to great by the heat and motion.

These days, Madeira is deliberately heated as part of the wine-making process to mimic the effect of the square rigger voyages – the only wine treated this way.  Because of this unique process, Madeira will last almost forever. 200 year old bottles have been just fine when opened. A bottle opened at home will maintain its quality for months.

We have Bartholomew Broadbent to thank for returning Madeira to America.  Its wide popularity continued from the 1700s up to prohibition. Since ninety five percent of Madeira production was sent to the United States, temperance wiped out demand. Vineyards were ripped out and winemaking stopped. 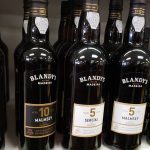 A selection of Madeira at Franco’s in New Canaan

Still, there were cellars filled with barrels of wine all over the island. In 1988 Broadbent, now president of Broadbent Selections, was charged with rekindling interest in Madeira in the U.S.  With a massive tasting he organized in San Francisco, Madeira got a new lease on life. Consumption has been growing ever since.

Eight companies, including Broadbent Selections, produce and export Madeira. You can find his wines at Stew Leonard’s in Norwalk and Franco’s wines in New Canaan. “Rainwater,” he said, “is the biggest seller, both inexpensive and delicious.”  “The much sweeter 10 year old Malmsey is the second most purchased.” 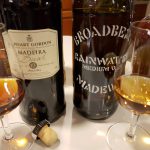 The Broadbent Rainwater ($15), labeled medium dry, has a bright coppery color, a nutty aroma that wafts out of the glass, flavors of sweet and spicy dried fruit along with a fresh juicy acidity.  It is delicious before dinner and even better accompanying chicken braised with capers and tomato.

At $35 the Cossart Gordon was a bit of a splurge, but these wines offer tremendous value.  A top level bottle can be $40 to $50 but each glass will cost less than a mid range coffee at Starbucks and be more memorable.  The highly rated Broadbent Rainwater ($15) is a real bargain. Look for Madeira on the dessert menu of better restaurants for a chance to try a glass.

Sipping on a glass of Madeira, I can imagine Washington enjoying the same on the veranda at Mt. Vernon.  As I raise a birthday toast to him, I’m glad his favorite wine has made a comeback. 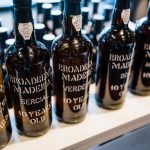 Next post From The Norwalk Hour: Brunch - It’s not just eggs anymore

Previous Article From The Norwalk Hour: Cook with craft beer for creative flavor

From The Norwalk Hour: Great Wines from Newton’s Mountain Vineyards