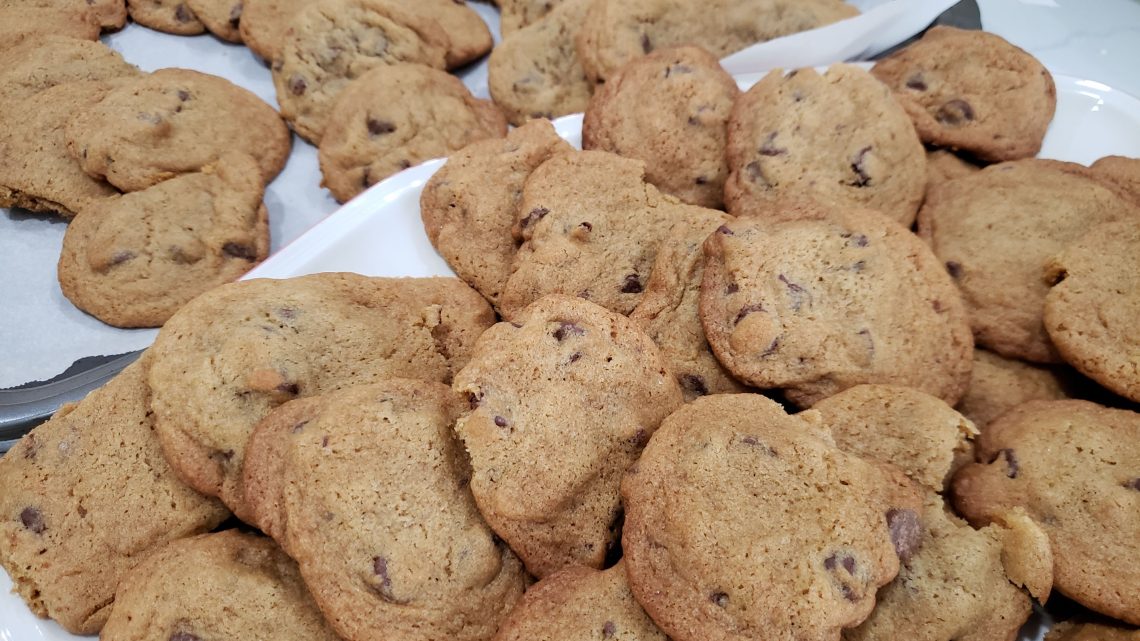 What could be more American than apple pie?  If you’re asking me, I’d say chocolate chip cookies. Created here in New England and popular around the country and the world, they’re uniquely American.

The cookie arose from the kitchen of Ruth Graves Wakefield at the Toll House Inn in Whitman, Mass.  Around 1938 she chopped up a Nestle semi-sweet chocolate bar and added the bits to her favorite cookie dough.  The rest is history. 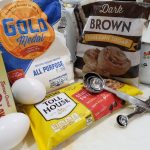 Studded with chocolate, rich with vanilla and brown sugar, the cookies will leave your hands buttery and your taste buds wanting more. Who can resist?

The basic dough recipe of brown and white sugar, butter, eggs, flour, and vanilla can’t be beat.  The benchmark recipe on the back of the Nestle bag is the place to start.  My son-in-law, Cameron, uses Mark Bittman’s recipe from How to Cook Everything to make nubby, well-chocolated cookies.  Bittman calls for a little less flour, increasing the ratio of chocolate to dough — not a bad thing.

That ratio is a topic of considerable concern among CCC fans. The more chocolate the better, up to a point. For me, that point is pretty far up. I always look for the cookie with the most chips. If you can’t tell 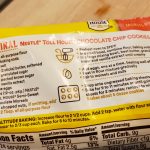 from the top, look at the bottom.

Marsha, who makes excellent CCCs, learned years ago that an extra pinch of salt makes a big difference for the better, the salt highlighting the chocolate just like in a salted caramel.

By the way, if you can make the cookies without referring to the recipe, you may have a cookie problem. Best to seek professional help.

The recipe, published in the Toll House Tried and True Recipes cookbook of 1938, was a winner and 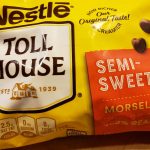 became wildly popular as GIs coming back from overseas spread the word.  With a yen for the cookies that their buddies had received from home, they returned to create nationwide demand for the easy-to-make cookies.

Wakefield sold her recipe to the Nestle company in return for a lifetime supply of chocolate for the Toll House Inn.  If you use the name Toll House, you’d better be using Nestle chips.  They’re looking.

Lately, innovation (and with it controversy) has entered the otherwise serene world of CCCs.  Tates, a bakery on Long Island, popularized a thin crispy version.  From their local bakery in Southampton, 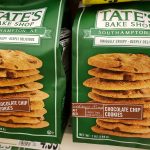 they’re now a national craze.  One of the big food companies bought them out and took the concept big-time.   Well-displayed in supermarket aisles, they come in a range of flavors.  Norwalk-based Pepperidge Farm has followed suit with their own line of crispy CCCs.

I’ll confess a preference for the traditional style with a soft center and plenty of chips (and maybe a little crunch on the edge).  It’s a fine line between undercooked, just right, and overdone.  Experience at the oven counts for a lot.

If you want local crispy CCCs, the Forever Sweet bakery on Main Avenue in Norwalk makes an excellent example. They have plenty of chocolate, good vanilla and brown sugar flavor, with the texture that’s in 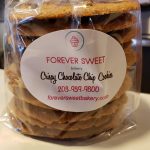 The crispy cookies can be messy, shattering when you bite.  Our niece, Marjorie, seems to prefer the crispy. Among other things, she says, it’s easier to see how many chips are there.

She and her mother also favor warm cookies. I agree.  There’s nothing more irresistible than just out of the oven when the chips are still gooey, but I don’t condone warming cookies in the microwave.  It just seems decadent.

Other innovations include: dark, milk, or white chocolate chips; macadamia or walnuts; and combinations of the various nuts and chocolates. I’d try different chips, but no nuts for me, please.  I would, however, like to try a CCC with some dried cranberries added. I’ll bet the tangy crans would be an excellent partner to the original semi-sweet chocolate.

Last year British pastry chef Ravneet Gill announced that she had created the “perfect” chocolate chip cookie. I was taken aback at her claim on our American classic. It would be like Rachel Ray claiming to have created the perfect sticky toffee pudding. Gill’s cookies may be good, but the “improvements” she made take them out of the category as far as I’m concerned. Her recipe calls for less sugar, eliminating the vanilla, using fancy salt, and (most shocking) cutting the chocolate in half.

Having said that, I would certainly give Gill’s cookies a try. I’ve hardly ever met a chocolate chip cookie I didn’t like.  Despite my preferences, a day with any CCC is better than a day without.  After all, they were created in Whitman, Massachusetts  Do you think there’s a connection?

Next post From The Norwalk Hour: Great Summer Eating at Local Roadside Stands

Previous Article From The Norwalk Hour: Sauvignon Blanc for the Season Ahead