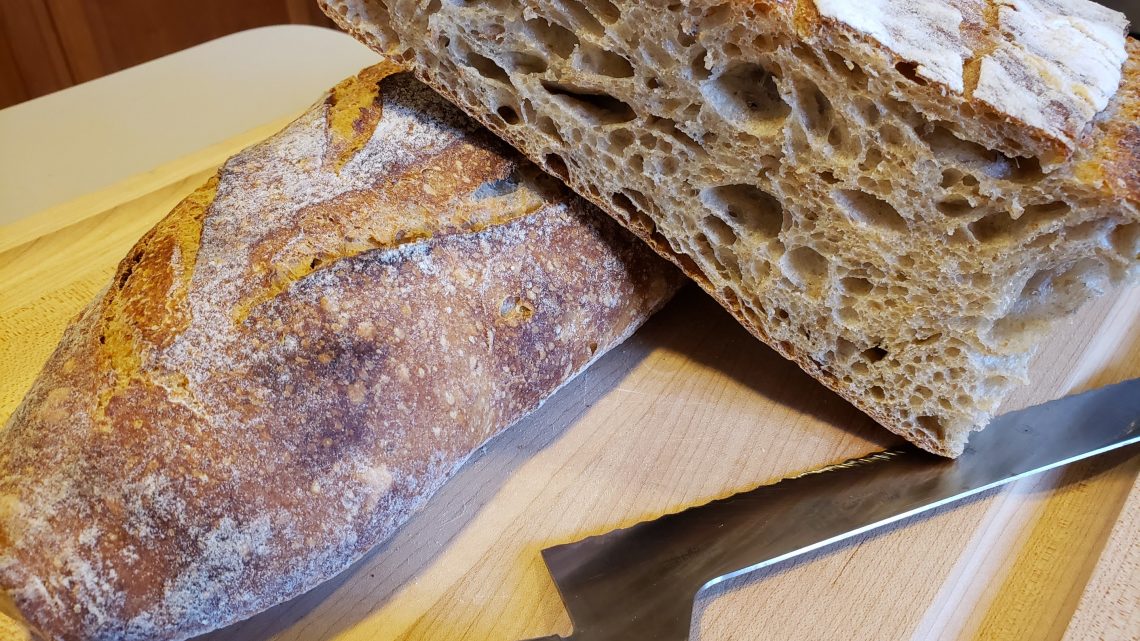 Yeast may be hard to find in the store, but it turns out that it’s easy to find at home.  Yeast is all around us, ready to be gathered. Floating through the air it’s found living on fruits, vegetables, and all manner of plants.

Invisible as yeast is, it is essential to our way of life.  The single-celled microorganisms we depend on perform a vital function: they eat sugar and produce carbon dioxide.  Commonly known as fermentation, this life-sustaining process produces wine, beer, and leavens bread. Thanks goodness! 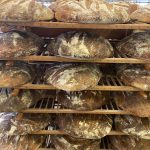 Wild yeast gives a sharp, tangy flavor and aroma to bread, earning it the name sourdough. Since each starter is unique and reflects the local biome, sourdough loaves can have a different character from region to region, bakery to bakery, and kitchen to kitchen. Some starters are family heirlooms passed down through the generations.  There’s even a sourdough library in Belgium with 125 samples of starter from baking traditions around the world.

Tim Topi, master baker and owner of Wave Hill Breads in Norwalk, has had experience with the terroir of sourdough. His first starter came from a mentor in Vermont, but it didn’t suit Tim’s more European tastes. He started his own here 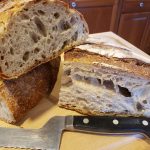 in Norwalk, but that didn’t do the trick either.  Finally, a combination of the two starters and their diverse yeast cultures hit the sweet spot. Sourdough preference is a little like cheddar cheese choices: some prefer mild while others crave assertive extra-sharp.

Now sourdough is a rising slice of Wave Hill’s output.  It regularly produces a family size batard, a smaller baguette, a sandwich loaf, and a massive miche sold by the quarter loaf. Go to WaveHillBreads.com to order bread for pick up or delivery.

Wanting to understand more, and with an eye to my diminishing supply of commercial yeast, I set out to start my own sourdough culture.

There’s plenty of how-to advice on the internet.  Emily Christensen on thekitchn.com had a simple and practical approach.  While others called for whole wheat flour (which I didn’t have), the basic method for all was similar. Christensen’s was clearly explained and well-illustrated. 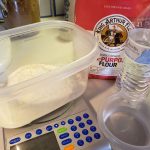 Ingredients for a sourdough starter

Yeast has been commercially produced since the late 19th century.  Until then, there was a dough-leavening culture (sometimes based on beer) in home kitchens. The shelf-stable, quick-rising active dry yeast we all use at home was developed in the 1940s to bake for the troops.  In recent years, there has been renewed interest in wild yeast fermentation by bakers as well as brewers and winemakers.

My starter is a well-stirred blend of flour and water in equal parts.  That’s all you need. There is naturally occurring yeast in the flour that only needs to be encouraged.

The mix is lightly covered and resting in a cozy spot. After that, it’s a question of adding flour and water, stirring, and keeping things lively.  For the first five days, there’s a daily routine of feeding the starter with more flour and water to keep it healthy and growing.

At the Area Two Brewery in Stratford master brewer Phil Markowski has a coolship for fermentation, one of just a few in the country. It’s a very fancy stainless steel tub that looks like a kiddie pool on a screened-in porch. The shallow pool exposes a lot of the wort’s surface area to the air, pulling in wild yeast. When the magic happens, the result will be a uniquely-flavored wild-yeast fermented beer — a specialty at Area Two. 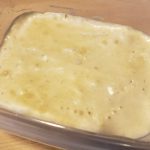 So it’s possible, even likely, that my starter will corral local yeast for some Norwalk terroir.

On the day after mixing my starter, a few bubbles began to appear on the surface — a good sign.  By day two, the bubbles covered the surface showing that the yeast was beginning to work, making the CO2 that will leaven bread. Frankly, it looks like something left too long in the back of the frig, but it has a fresh bready aroma that tells me I’m on the right track.

San Francisco has long been famous for sourdough bread.  Before it was popular across America, it was a specialty in the Bay Area. Gold rush miners brought sourdough to California, making the easy-to-maintain starter a staple of mining camps. 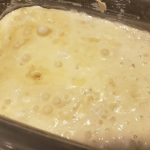 Bubbling up on day four

The famous Boudin Bakery on Fisherman’s Wharf has been baking sourdough since 1849 with a culture that can trace its lineage from their early days. Isidore Boudin matched the local sourdough starter with French baking techniques to create the crusty sourdough style that remains popular today.

On the morning of day four, the starter was covered with large and small bubbles as predicted. When stirred it had the tangy aroma of sourdough bread. It was getting the “bubbly and billowy” character that Christensen marks as ready to be used. After one more day of feeding, it should be time for baking.  Fingers crossed. I’ll let you know how it goes.

Next post From The Norwalk Hour: Sourdough Bread -- How Hard Could it Be?

Previous Article From The Norwalk Hour: Safe at Home Baking for Easter