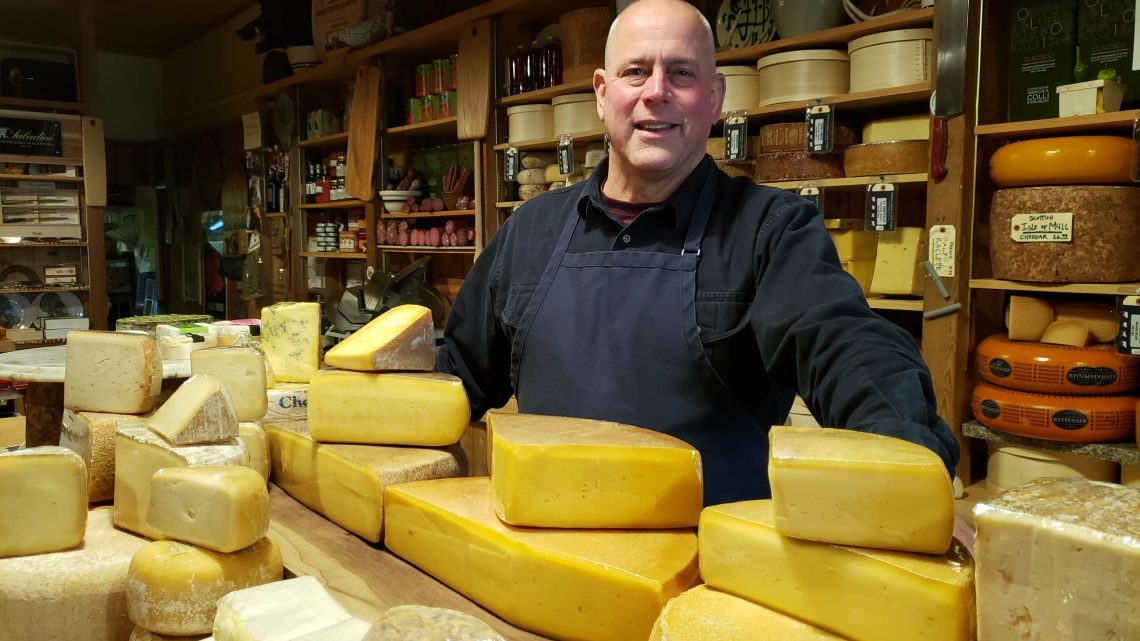 I don’t think of cheese as a seasonal food. Fruits and vegetables are, of course, because they grow and ripen on nature’s schedule. Some foods, like turkey, are associated with specific holidays or seasons. But cheese — what’s seasonal about that? 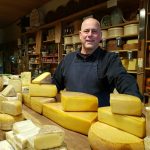 I’m talking about small-producer artisan-made cheeses from fresh local milk, not mass-produced shrink-wrapped highly-processed brands in the supermarket that are intentionally the same month after month, year after year.

Ken Skovron of Darien Cheese and Fine Foods filled me in on the annual cycle of pasture grass and its impact on the cheese.  Ken, considered by many as the most knowledgeable cheesemonger in the region, has spent his entire working life in the cheese business.  His shop is the source for the best, most perfectly ripened cheeses from Europe.

Surprisingly, at least to me, the fresh young shoots of early spring do not make the most interesting cheese. As the pastures mature through the summer, the grass grows more nutritious.  Other meadow plants and flowers add diverse flavors to the milk that you can taste in the cheese. 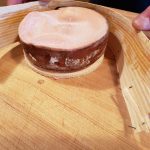 But it’s the late summer/early autumn grass that is beginning to brown off as the growing season winds down that packs the best nutritional punch and delivers the peak diversity of flavors. “The milk is thicker, richer, almost custardy, with the strongest expression of the place,” Ken explained.  “Just before the cows come down from their summer of Alpine meadow grazing, their milk is the best.”

Cheeses made with late summer milk are just coming to market now. Ken was excited about Petit Vaccarinus (a cousin of the legendary Vacherin Mont d’Or), a soft washed-rind cheese from the Swiss side of the Jura mountains that is banded in spruce wood.  The first of the season showed up on his cheese counter just before Columbus Weekend. 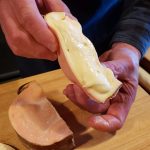 Ken cracked open a wheel  for me on the day it arrived and pronounced it “perfect.”  The surface was clean with golden highlights and puckery as it is supposed to be. The interior was just soft enough to flow gently, an ideal texture in Ken’s opinion.  The rich creamy paste carried a long-lasting fresh grassy flavor with slightly tannic wood notes from the spruce. Ken suggested spreading it on a slice of baguette and washing it down with a glass of white Burgundy.

Available from now until March, Ken called this example, “The most gorgeous representation of a seasonal cheese.  The flavor will evolve and mature as the season goes on, peaking right around the holidays.” He wooed his wife with this cheese on their first date thirty seven years ago, and they’ve been life and cheese partners ever since. Pretty powerful stuff! 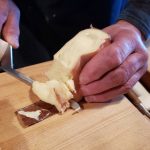 The first taste of this season

Darien Cheese only buys wheels of Parmigiano from one farm in Italy and insists on the late season milk. “Some prefer Spring milk,” Ken said, “but I like the fall.”  The important thing to know is that there is a difference. It’s the same for Shelburne Farms Vermont cheddar. Ken only stocks the three-year aged cheese made in the fall.

Laura Downey of Fairfield Cheese and Greenwich Cheese, runs stores that carry the best of American artisanal cheese as well as classic European examples. She told me about two cheeses modeled after the Swiss Vacherin Mont d’Or that are made in the USA.

Rush Creek Reserve is made in Wisconsin by Andy Hatch at Uplands Cheese. The only cheese to have won Best of Show in the American Cheese Society’s annual competition three times, the cheese is made for only a few months from hay-fed cows, milked as summer wanes.  Aged 60 days, the roughly half-pound spruce-banded rounds are not available until the first week in November. “It hits all the notes for us,” Laura told me, “small producer, family farm, raw milk, and hand made.”

At Jasper Hill Farm in Vermont, Winnimere (another best in show winner), is their version of a Vacherin Mont d’Or-style cheese. The milk comes exclusively from their home herd and the spruce wood for the wrap comes from trees on the farm. Not available until the beginning of January, it too hits all the notes for Laura. “We all wait for these two cheeses to arrive,” she said. “And so do our customers.” 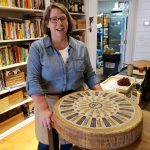 Laura Downey with the wheel of Alpage

Our discussion broadened out to cheeses that are popular as the weather cools. Gruyère, fontina, and raclette sales pick up now.  Their more assertive flavor and easy melting fit in with cooler weather eating, and though their flavors may not change with the seasons, their consumption does.

Then Laura brought out a wheel of Alpage Gruyère that had just arrived.  “This aged cheese,” she explained, “is made high in the Alps where herders move for the summer, so that the herd is able to graze on the wild flowers and grasses in season.” The large wheel — more than 2 feet in diameter — is stamped on the side and labeled on the top with the special Alpage designation.  The cheese is more complex and flavorful than typical Gruyère and varies from wheel to wheel.

So it turns out that some cheese is seasonal.  Ask a knowledgeable cheese monger, and they’ll steer you right. 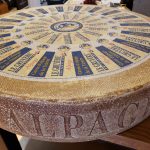 Next post From The Norwalk Hour: Pie is a Favorite in the Fall

Previous Article From The Norwalk Hour: Taking a Drive for a Fall Foliage Lunch

From The Norwalk Hour: Finding your roots