From The Hour: Celebrate the Oyster 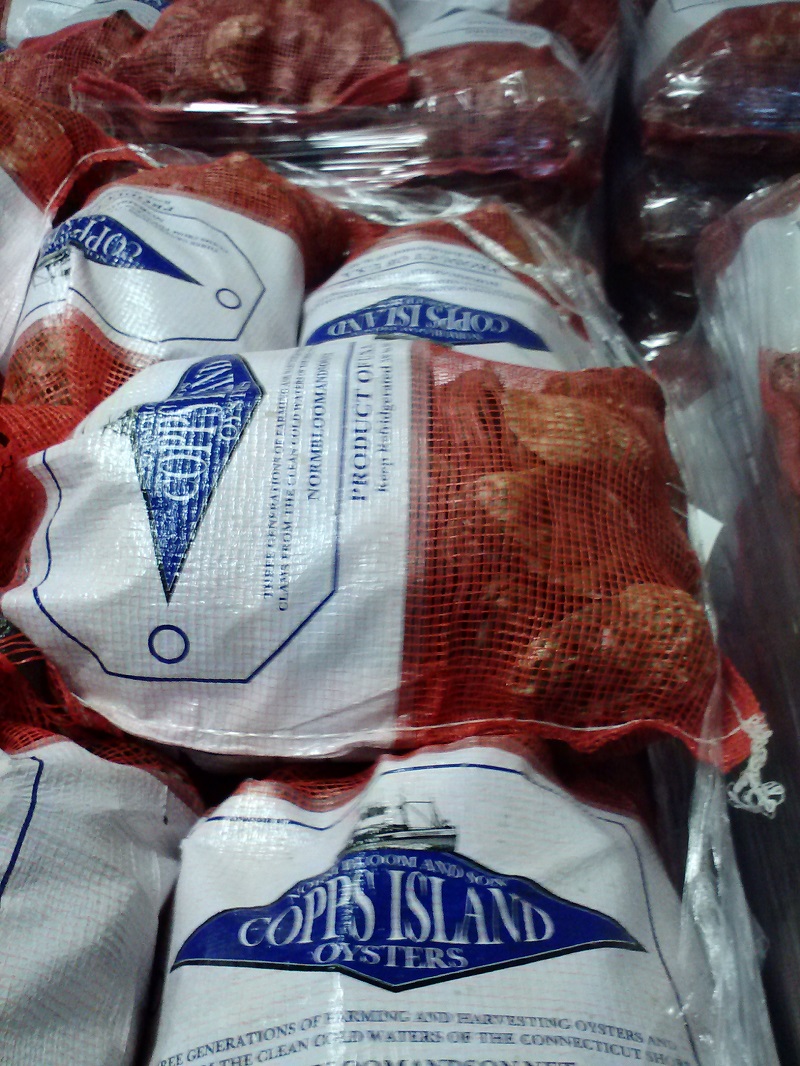 This weekend we celebrate the oyster! And celebrate we should. Oysters are an important and delicious crop from our local waters, a traditional food source along the Connecticut coast, and an ecological restoration success story.

From the time of the first settlers to the early decades of the 20th century oysters were a widely consumed staple. In New York City delicious, abundant, local oysters were eaten by rich and poor alike at fine restaurants or from street vendors.

In the 19th and early 20th century unchecked pollution from raw sewage to dead horses (hence Brooklyn’s Dead Horse Bay) and anything else a busy and growing city wanted to discard was dumped into New York Harbor turning oysters into carriers of disease and finally wiping them out along with the rest of the marine ecosystem. The city lost the abundance from its backyard and America lost its taste for oysters.

I’ve been reading American Catch by Paul Greenberg. In it he explores the current state of the American seafood industry and looks in depth at three fisheries: eastern oysters in New York, Louisiana shrimp from the Gulf of Mexico and Sockeye salmon from Bristol Bay, Alaska. All three are iconic American fisheries and each face a unique crisis.

The return of a viable and thriving oyster fishery in Long Island Sound is an on-going success story with Norwalk leading the way. With the adoption of the Clean Water Act of 1972 pollution was reduced and water quality began to improve. As Greenberg details in his book, Connecticut and Long Island Sound watermen began to re-establish oysters in the rich waters along the coasts.

No such luck for New York Harbor. Water quality is improving there, but the marine habitat has been so radically changed that no oyster would recognize it as a hospitable environment. A number of approaches are being tried to establish better conditions and re-establish the wild oyster reefs that once covered four hundred thousand acres of New York harbor, but with only modest success.

There is general agreement that oysters, who each filter up to 50 gallons of water a day, are fundamental to restoring the ecology. It seems unlikely that edible New York Harbor oysters can be established in my lifetime. However, the importance of restoring oysters in New York harbor is ecological, not commercial. They are an essential building block in restoring viable marine life and bringing diversity back to New York waters.

Gulf shrimp and Alaska salmon are also examined in detail by Greenberg. Each fishery has its own challenges and proponents. In the Gulf, oil drilling pollution, loss of habitat and foreign competition are the issues. A major copper mining project in the salmon watershed and the economic pressure that goes with it are challenging the pristine Bristol Bay fishery.

Greenberg also discusses the broader issues facing the American fishing industry and consumers, leading off with the fact that 91 percent of the seafood we eat is imported even though we are a coastal nation with a strong maritime heritage. Like the T-shirts in a discount store, imported goods are cheaper but sometimes made with dubious production methods. While most of our seafood is imported, it’s surprising to learn that fully one third of the U.S. catch is exported.

Fortunately, our local oyster fishery is thriving. Up and down Long Island Sound, Connecticut oystermen (and women) have re-established beds, lobbied for clean water and found markets for their delicious bivalves. A significant challenge, as Greenberg points out, is access to the water. The sky high waterfront property values and rampant gentrification make it difficult to find commercial dock space to land and process the catch, especially here in the metropolitan area.

At the Oyster Festival this weekend, enjoy the music, sample the food, try the amusements, and be sure to have an oyster. While you slurp one down, think about the maritime heritage of the Connecticut Coast and Norwalk Harbor, the effort to restore our local waters to a viable habitat, the hard work to cultivate and harvest your oyster, and finally, its delicious flavor! If you want to know more about local seafood across our nation, get a copy of the very readable American Catch by Paul Greenberg.

American Catch, The fight for our Local Seafood
By Paul Greenberg
The Penguin Press

Next post From The Hour: On the Trail of Local Wine

Previous Article From The Hour: A Visit To The Farm