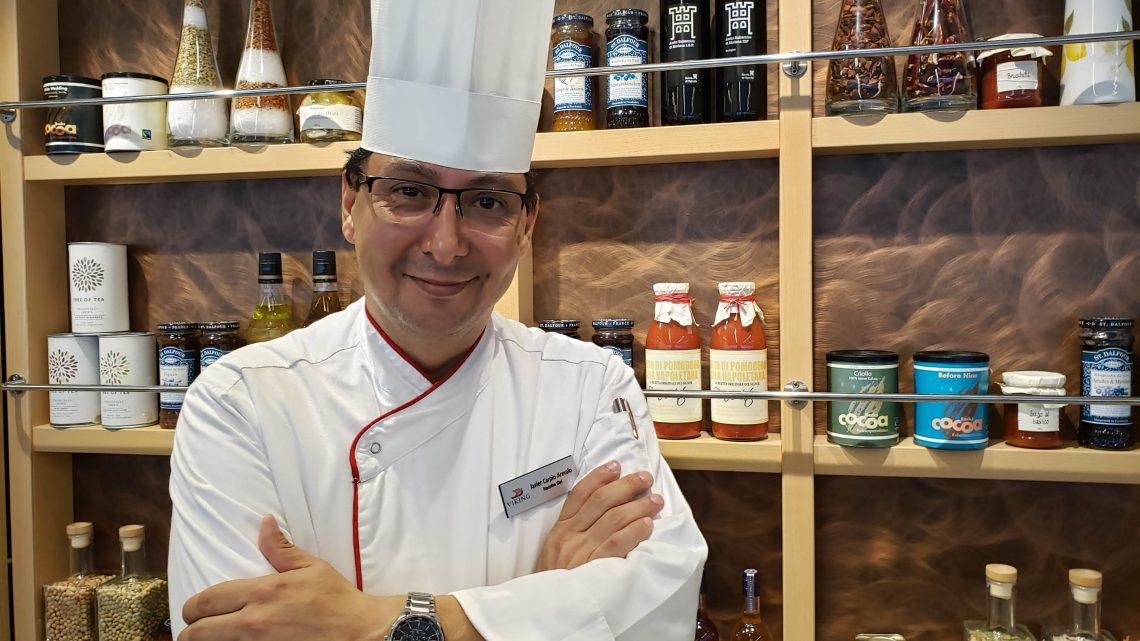 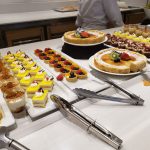 Chef Javier Carpio put his two-page color-coded spreadsheet of the day on the table and shared what it takes to serve 820 passengers top-notch meals three times a day.  “It has to be organized and run like a Rolex,” he said.

Carpio, the Executive Chef on the cruise ship Viking Orion has a new boatload of guests every ten days, all ready to be dazzled.  He has a galley crew of 103 well-trained and affable people – skilled cooks and chefs from around the world – to get the job done.

In addition to Chefs de Cuisine for each of the four on-board restaurants, there is an Executive Pastry Chef along with a Pastry Chef who are responsible for the breads, breakfast pastries and fabulous desserts available throughout the ship. They even make ice cream from scratch. 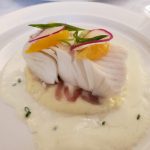 Producing world class food while cruising the remote coast of Alaska is a challenge met by the ship’s state-of-the-art kitchen and the many hands that get the work done.

Supplies, on the other hand, are more difficult. “We don’t order ten watermelons,” Carpio said, “we order a thousand pounds.”  Sometimes suppliers can’t fill the order and the kitchen needs to improvise.

Menus are set in advance, but the Orion sails through Alaska’s salmon and halibut commercial fisheries.  “When I can get local fish, I like to include it on the menu,” the chef said. Braised halibut at dinner, tender and flaky was all the more delicious knowing that the fish was locally sourced. 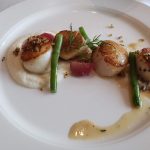 The Orion has two large and busy restaurants: The Restaurant and The World Café.  Both seat hundreds and are open for all three meals.

The Restaurant – large, bustling and well-staffed – is an elegant bastion of fine dining with white table cloths, heavy flatware and gracious service. The menu, which aims high, changes daily.  On one evening Foie Gras Terrine with apricot jam and port wine reduction was followed by orecchiette pasta sauced with a boar sausage ragout, fava beans and mint.  On another night poached shrimp preceded tender sautéed scallops. 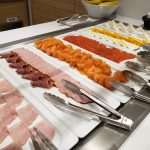 A section of the menu is fixed, but a half dozen each of appetizers, entrees and desserts change daily. One evening I made the mistake of asking the waiter his favorite between two dishes. “Order the halibut,” he instructed, “and I’ll bring some of the smoked mozzarella ravioli too.”  Everything is included.  Have all you want!

The World Café is a buffet, but the spiffiest buffet I’ve ever seen. It’s popular for breakfast when everyone wants to get it quick and get it their way.  Three stations include pastry and bread, cold foods (fruit, meat, cheese and yogurt), and hot food (eggs, bacon, oatmeal and the like). Servers circulate continuously with coffee, fresh-squeezed juice and smoothies.  Chef Carpio’s staff cooks in an open kitchen and serves at the buffet. 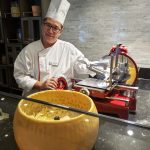 Two specialty restaurants require reservations. Manfredi’s, with an elegant Italian menu, is inspired by Tuscan country cuisine.  The Chef’s Table serves up a five course tasting menu with wine pairings. The menu changes every three or four days – California, India and China on our voyage.

The extensive menu at Manfredi’s is chock full of Tuscan standards and shipboard specialties. Shrimp wrapped in zucchini rode atop angel hair pasta sauced with a combination of cheese, cream and lemon – a remarkable balance of intense flavors. Chefs stand at the open kitchen preparing the antipasti and seven types of bread in each basket. Scaloppini of veal are offered in four traditional presentations. 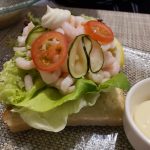 Throughout the ship, smaller venues offer meals and snacks during the day. We favored Mamsen’s for their traditional open-face Norwegian smørre­brød sandwiches and Scandinavian pastries.  Burgers and fries are the specialty at the Pool Grill.

After a successful restaurant career in his native Spain and a stint teaching at Mexico’s premier culinary school, Carpio was recruited into the cruise industry.  He worked at a succession of lines on the way to his top spot with Viking.  His hands are full, but exudes a quiet air of authority and competence.  After just a few shipboard meals, it’s clear he’s running a tight ship.

Next post From Sunday Arts and Style: Give some love to “The heart of the house”