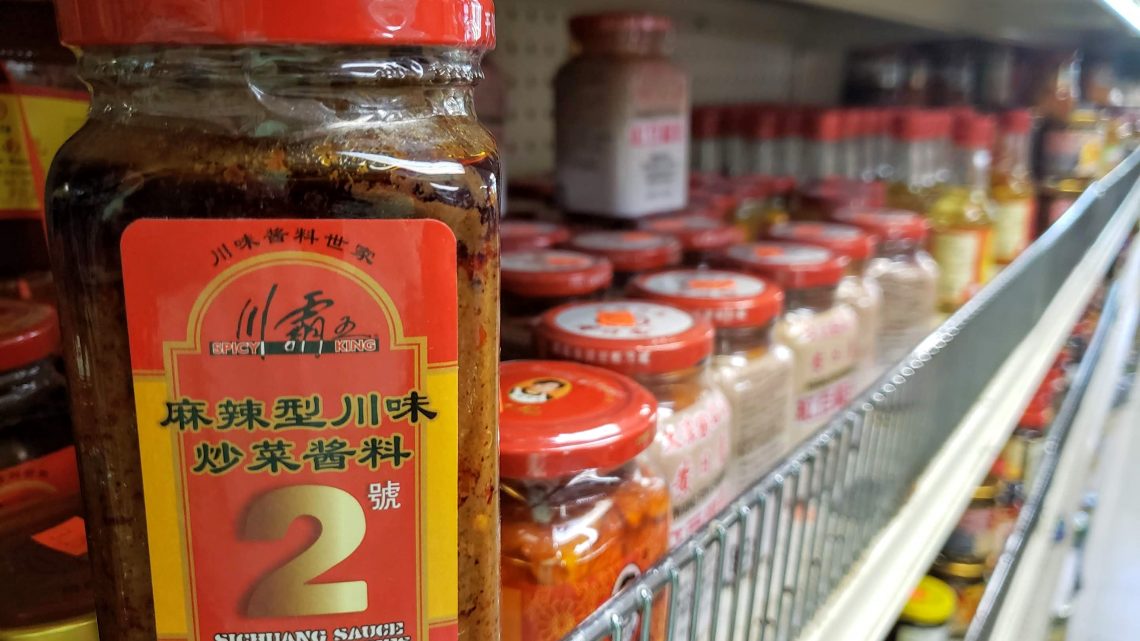 Chinese cooking is a lot like Italian. No, it’s not based on pasta and tomatoes, carefully crafted salumi and a dazzling array of cheeses.  But it is central to everyday life: highly regional, subtle, creative, and often Americanized in everyday restaurant dining. 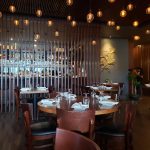 At the suggestion of our friends Jim and Liz we set out to explore some local options for authentic Chinese food. There’s often some overlap with other far-east cultures, but genuine regional Chinese cuisine can be found if you look.

Ginkgo in Fairfield specializes in the spicy cuisine of Sichuan, an inland province in the upper Yangtze River basin.  Their menu promises “the addictive, lip-numbing zing of Ma-La peppercorns” and the “numbing spiciness and endorphin magic” of chili peppers that are, along with garlic, hallmarks of the region’s favorite foods.

With Jim and Liz we were able to order across the menu. Unexpectedly, Bong Bong chicken ($11) in hot sesame sauce and Ma-La beef shank ($12) were both cold starters. The peppers and peppercorns were present – medium hot but not too hot as the menu suggested – just as enticing as promised. 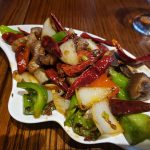 Cumin flavored spare ribs ($11) included both dried red and fresh green peppers. I bravely sampled a bite of each and was pleasantly surprised.  The green had a delay before the heat hit, the red was more up front.  Both were assertive but enjoyable and complimentary to the dish.

The menu, with well over 100 items, is daunting. Across two visits, we tried  about a dozen dishes, but barely scratched the surface.  The staff is happy to advise newcomers with helpful suggestions.  As Liz pointed out, the many Chinese customers we saw are a sign of the real thing. 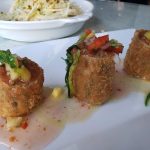 With a quick survey of the menu at Ching’s Table in New Canaan, it’s easy to see that it’s a fusion rather than regionally-focused restaurant. Japan, Vietnam and Thailand along with many of the better known regions and iconic dishes of China are mentioned.  The presentations in this broad survey of the far east are all delicious. The restaurant’s ambitious reach is matched by successful execution.

Vietnamese salad, a refreshing mix of cabbage, mango and cilantro tossed with a light vinaigrette and dusted with chopped peanuts, was a hit.  Thai crab cakes ($15), fried in a wrapper that held their shape, were doused in a just-sweet-enough fresh pineapple salsa that was an intriguing flavor foil. 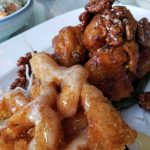 We ordered an entrée of crispy chicken and shrimp ($23) after seeing one carried past our table. This Chinese surf and turf included lightly battered shrimp  and chunks of chicken breast in a crunchy coating – both cooked to ideal doneness.  Scattered on the chicken, honey walnuts dotted with sesame seeds had a crunchy texture and subtle sweetness that I can only compare to a French meringue cookie.

For authentic imported ingredients, the Oriental Food Market and Deli at 109 New Canaan Avenue Norwalk is the place to go. The narrow aisles are packed with foods across the spectrum of eating in the Far East.  Many are labeled only with the brush strokes of Chinese characters. 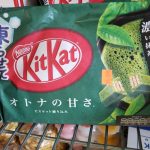 For firing up the wok at home, the market is a comprehensive source for supplies. Since packaging is mostly in native languages it’s a good idea to know what you want. The shelves are overflowing with an array of unfamiliar foods from far away including Japan and Thailand in addition to China.

As with any store catering to an immigrant population the Market carries an array of comforting sweets from home. Shelves are full of candies and cookies including green matcha Kit Kat cookies from Japan. 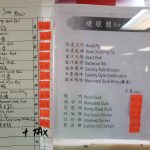 Picked up on a supplies run to New York, the food arrives at the store on Friday afternoon.  Ordering ahead is a good idea, but if (like me) the list looks intriguing but unfamiliar, it’s possible to drop by and see what’s on offer.

Just like New Haven pizza stands apart, there are local options for authentic Chinese that are a cut above. Region specific, Asian fusion, or imported provisions, it’s another world of food to explore locally.

Next post From Sunday Arts and Style: This Executive Chef runs a tight ship

Previous Article From Sunday Arts and Style: Is the BLT the highest calling for a tomato?