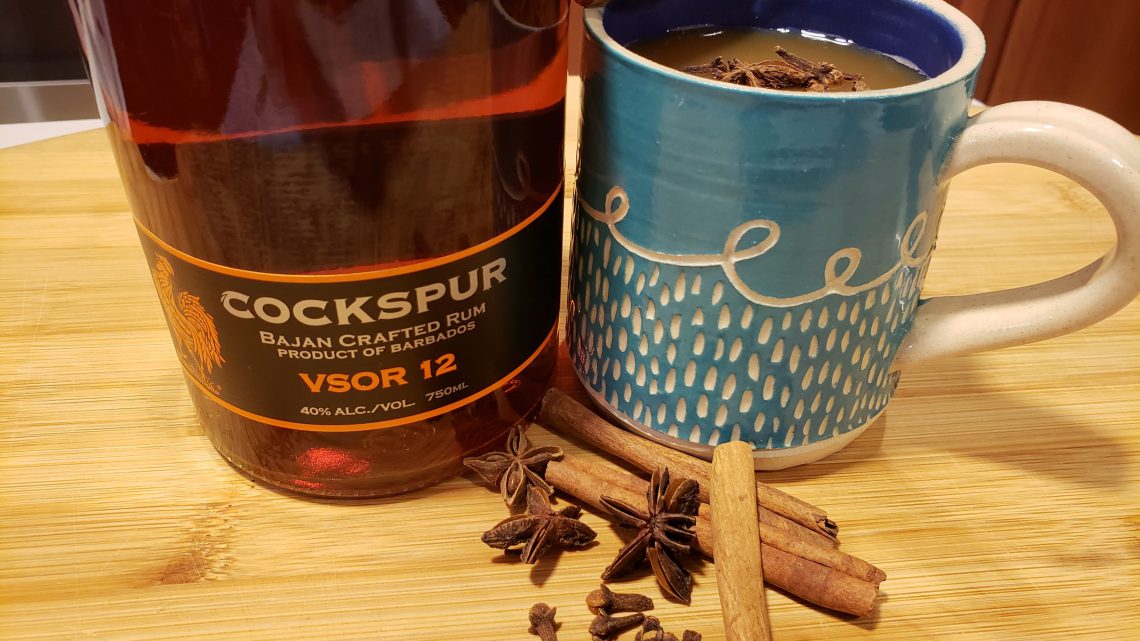 Our recent raw, wet weather has me thinking about hot drinks – something that fills the air with aromatic spices, has a bracing note of citrus, and includes an adult dose of liquor to chase the chill. 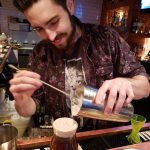 The classic, of course, is hot cider mulled with cinnamon, clove, and allspice, fortified with a shot of rum, brandy, or bourbon. It doesn’t make winter go away but puts it at arm’s length, creating a cozy cocoon.  If you can drink it in front of a wood fire, all the better.

Marsha and I dropped in on Seth Hiravy, master bartender at Bar Sugo in Norwalk to see what he had to say on the subject.  This Wall Street mainstay, just across from the rejuvenated Wall Street Theater, is known for creative cocktails and Chef/Owner Adam Roytman’s robust Italian food.

Hiravy, tall with a full beard and curling mustache, has an encyclopedic knowledge of mixology and speaks with 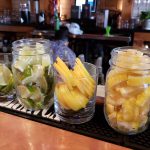 authority about current trends in the cocktail business.  He agreed that hot drinks are a natural for winter in New England. “If not here, then where?” he asserted.

The basic recipe, he explained, includes a hot liquid (water, cider, or even coffee), sugar, citrus, spice, and, of course, liquor.  Bartenders are innovating hot drinks these days, expanding the range of ingredients and combinations.

When I was dreaming about a winter warmer, I didn’t have a hot coffee drink in mind.  Irish Coffee seems like an after dinner drink from the past, but that’s about it. Seth set me straight with a Sugo Italian Coffee. 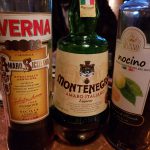 Amaro for the Sugo Italian Coffe

Starting with an Americano from his espresso machine, he added a house blend of three bitter Italian Amaros plus bourbon and simple syrup, then topped it off with heavy cream infused with green walnut liqueur.  Warming, not too sweet, with the mysterious flavors of bitter Amaro, it was scrumptious and the perfect segway from afternoon coffee to the cocktail hour.

I’ve always been put off by hot buttered rum, thinking that it would be a slick of butter atop spiced rum and water, but the approach at Bar Sugo is quite different. 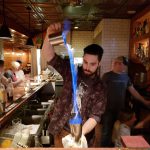 If he’s feeling exuberant, Seth might make a Blue Blazer.  The blend of lemon, brown sugar, cinnamon and Old Grandad Bourbon is set ablaze and poured from pitcher to shaker in a streak of showy blue flame.  It’s not the hot drink I had in mind, but it sure is fun.

At The Tavern at Gray Barns in Norwalk, Manager Daria Albert has created the Warm Apple Brown Betty. A blend of warm house-mulled cider, ginger, and fresh lemon, it’s offered with a choice of aged rum (the most popular choice) or Eagle Rare Bourbon.

A successful hot drink should be “warming on multiple levels,” Daria said.  “The spirit, spice, and sweetness should all contribute. Hot drinks should be served steaming in a large mug and the flavors balanced by a spritz of lemon.” 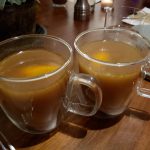 A lemon peel floats in the fragrant mug and dots of butter glisten on the top of the Brown Betty.  I ordered mine with bourbon, but found a sip of Marsha’s with rum to be more appealing. Rum, after all, is a natural with citrus and fruit.

Developing a drink recipe and bringing it to the menu is a group effort at Gray Barns. The mulled cider for the Apple Brown Betty is Daria’s home recipe that includes ginger, clove, cinnamon, and star anise.  It’s based on the famous hot cider at the Slanted Door restaurant in San Francisco, her hometown. A pot of fragrant cider simmers behind the bar, filling the space with a winter spice aroma. 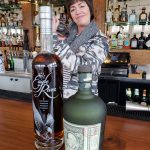 Daria Albert behind the Bar at the Tavern at Gray Barns

For better or worse, we’re just at the leading edge of woolly hat and mitten weather. There’s plenty of dark, cold, maybe even snowy opportunity ahead for a hot toddy, mulled cider, or any warming hot cocktail.

Next post From The Norwalk Hour: Stick-to-your-ribs barbecue in Norwalk

From The Norwalk Hour: Stick-to-your-ribs barbecue in Norwalk