From The Norwalk Hour: The Problem of Eggnog 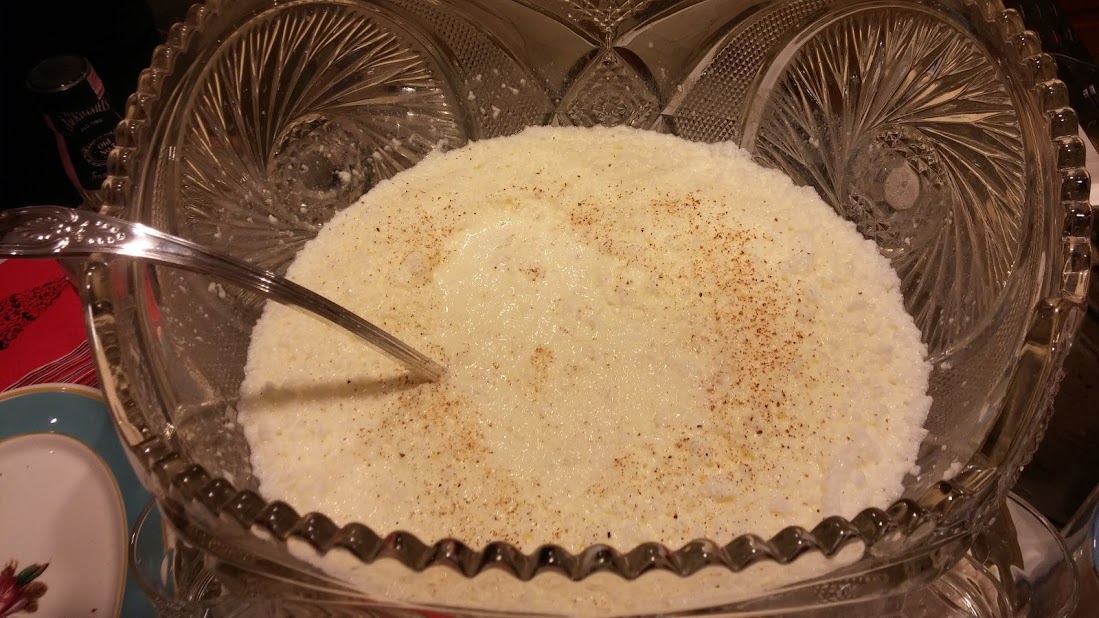 Some love it.  Some hate it. There doesn’t seem to be much middle ground when it comes to eggnog. But I may have found a way for it to take its rightful place in holiday celebrations.

It may be that eggnog haters have never had the real thing – only store-bought, ready-made approximations.  I’ve come to this conclusion based on some unscientific research conducted recently at our annual holiday party. 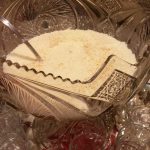 With some trepidation, I prepared a punch bowl of silky eggnog to offer in addition to the usual suspects of wine and beer.  From my position next to it I could see a few wrinkled noses and longing looks at the bar when I offered my holiday punch. I met resistance with insistence, however, encouraging even the most reluctant to take just a taste.

The results were gratifying. Before long, cups were being refilled as the bottom of the punch bowl came into view. At least a few of the skeptics were converted – disappointed only that the supply had run out.

Eggnog has a long and distinguished association with the Christmas season.  Once a drink of the British aristocracy when fresh milk and eggs were luxuries of the upper classes, it crossed the Atlantic in the 18th century to become a popular American drink. Its success was no doubt helped by the fact that it was laced with rum, brandy, or later bourbon depending on local taste and availability. 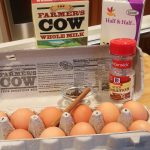 Eggnog has had an image problem due to concerns about eating raw eggs.  Recipes that suggest cooking the eggs have replaced the traditional raw-egg method.  Cooking the eggs gives the nog a silky texture, almost like drinking a Crème Anglaise custard sauce. That’s OK with me.

Many recipes call for putting the booze right in with all the other ingredients and letting the nog rest for a day or so to blend and mellow the flavors.  Some of the ratios seem pretty high octane for me. Rum was historically popular in New England, although bourbon has taken over.  Brandy is favored in some cultures. I came across some recipes that called for two or even all three of these, which seems like a mashup of flavors with no clear winner. 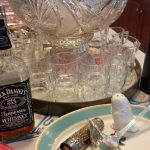 Leaving the liquor to the end gives individual control over flavor and alcohol level.  Next to our punch bowl there was a bottle each of Jack Daniels, brandy, and dark rum. The bourbon was the most popular and my favorite too. Most pours were pretty modest.  Lots of people opted for no liquor at all.

Some say that adding the alcohol to the recipe will sterilize the eggs and eliminate the need for cooking. I’m skeptical, and besides, I liked the cooked version. It wasn’t that hard to make.

The recipe I followed called for a quart of milk, a quart of half and half, and 12 egg yolks along with sugar, cloves, vanilla and cinnamon.  Pretty rich!

The milk was simmered with cloves and cinnamon.  The recipe didn’t call for any egg whites, but whipped egg whites folded in at the last minuet are traditional.  Besides, what else would you do with the remains of the 12 yolks?  It makes the nog frothy and pretty in the bowl.  Fresh nutmeg was available at the bowl as an optional and time-honored garnish.

Eggnog is found in cultures around the world.  Our neighbors Marc and Kathy make Coquito, a Puerto Rican variation made with coconut milk, coconut cream, whole milk, condensed milk and eggs flavored with cloves, nutmeg, cinnamon, and fresh ginger. It’s mighty tasty with or without the optional Bacardi 151 rum.

Don’t worry about making too much eggnog. Leftovers are unlikely, but desirable.  It makes great french toast the next morning. You can put it in coffee as rich pre-sweetened cream.  I even heard one claim that it works great in an ice-cream maker.

We’re counting on more eggnog this holiday season – whenever we can get a bunch of folks together.  Try some at home. It’s not tough to make and you could help to redeem eggnog’s tarnished reputation.

As you gather with family and friends over good food and drink this season,  how about trying eggnog as a part of your holiday celebration?  Whatever your traditions, I wish you all a very delicious Christmas! 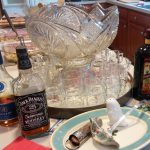 Next post From The Norwalk Hour: A Year of Good Eating