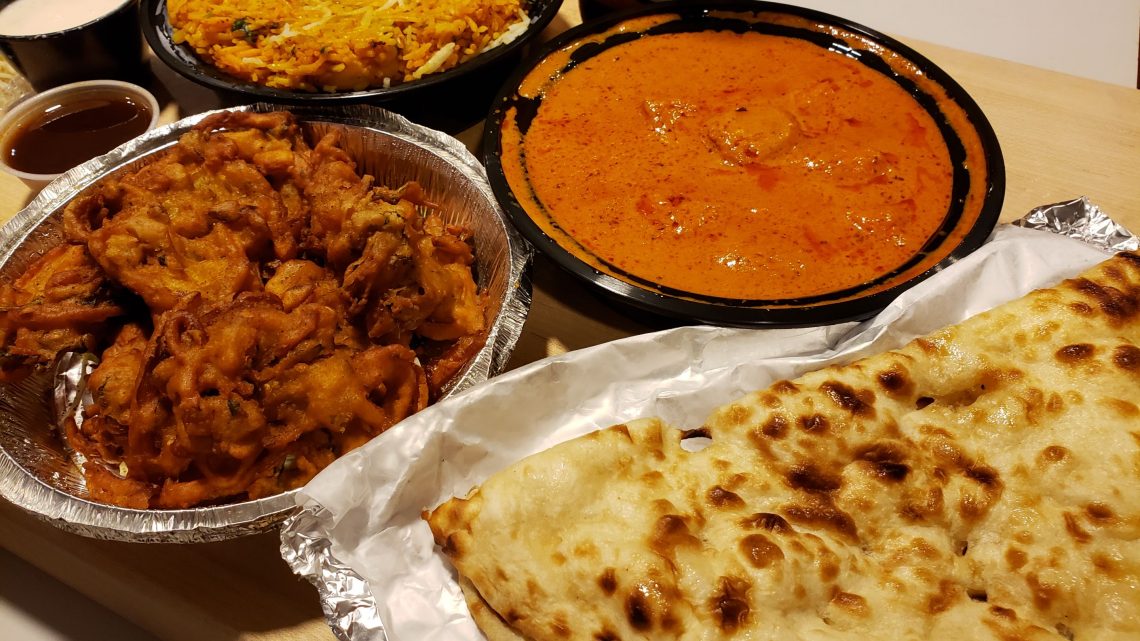 Dinner from The Naan

It’s unlikely Marsha and I will ever take the 14 hour flight from New York to New Delhi, but that hasn’t stopped a recent prickle of interest in the subcontinent.

Instead of booking a seat on a flight, we’ve been sitting at home exploring India through movies, music, and of course, food.  I know, it’s just a taste of the country’s rich and diverse culture, but a taste will satisfy for now. If we’re going to dream about travel these days, we might as well dream big.

Our “journey” started with one of our favorite food movies — “Today’s Special” — a reliably upbeat but not sappy tale of a second generation Indian chef in a high-end high-style New York restaurant who reluctantly returns to his origins, taking over his father’s failing storefront restaurant in Queens, rediscovering his roots and a lost love of cooking. 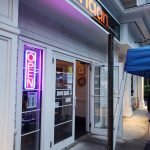 The many scenes involving shopping, cooking and eating made us hungry for authentic Indian cuisine.  Our friends Marcia and Dean were not familiar with the movie, but knew quite a bit about local Indian restaurants. Dean speaks with authority from years spent living in India during his career.

“We’ve enjoyed the food at The Naan on Westport Avenue,” he suggested.  “The ingredients are fresh and prepared right.”

The essence of Indian cooking is found in its “masalas,” –robust spice blends that form the foundation of many dishes. Garam masala and tikka masala are two of the better known blends that have become a part of popular Indian cuisine in America. But the ubiquitous curry powder is also a form of masala premixed from a variety of spices, each brand with its own distinctive flavor. Masala blends might include finely ground cinnamon, mace, peppercorns, coriander, cumin seeds, turmeric and cardamom. The bright orange of turmeric, a standard component of many masalas, gives some of India’s best known dishes their distinctive, vibrant color. .

In “Today’s Special” a good deal of time is spent shopping for and creating the masala.  At the market large bags of the spices are selected, each romantically described for their contribution to the whole. In the restaurant the chef creates his masala freehand, according to his mood and whim.  His improvised blends get the restaurant big-time attention from the food critics. 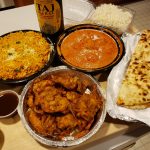 Takeout from The Naan

With Dean’s guidance in mind, we placed a takeout order from the Naan. We sampled vegetable pakora ($8), crispy chickpea-flour vegetable fritters flavored with cumin and ginger and bright reddish-orange chicken tikka masala (19), a classic curry that is particularly popular in Britain.  Our chicken was tender, coated in a sauce that was rich and complex, with just enough kick from the masala to grab our attention.

Biryani is an ancient dish of meat marinated in masala and then slow-cooked with basmati rice. Traditionally made with chicken, we opted for shrimp (25) for the sake of variety.  Like many dishes from the Indian subcontinent, Biryani has many variations. This one had an assertive masala and deliciously tender shrimp.

Naan (4), the namesake of the restaurant, is a circular flatbread traditionally baked in a hot clay tandoor oven. Its durable texture is perfect for tearing off a strip to scoop up tikka masala sauce and biryani rice.

With our takeout from The Naan we watched “Monsoon Wedding,” an Indian-made movie filmed in rapid fire English and Hindi with subtitles. While not full-on Bollywood, it has an authentic local flavor. The film is not directly about food, although like so many cultures, in India food figures prominently in wedding celebrations. It is a lively, enjoyable and lighthearted look at contemporary Indian culture with wonderful street scenes and energetic music.

“The Lunchbox,” on the other hand, is all about food and the wide range of emotions that wonderful cuisine can produce. A rare mix-up in Mumbai’s complex but effective lunch delivery system sparks a 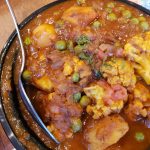 meeting of the minds between a widower on the verge of retirement and a young wife in a troubled marriage. Flavor builds a bridge between them, and their ensuing exchange of letters provides a different sort of nourishment.

A few days later we ordered from Vedas at 388 Westport Avenue (next to Marshalls) at the suggestion of Marsha’s friend Grace. As I waited for our very satisfying order, the friendly host in the tiny restaurant chatted about the cricket match on TV, doing his best to make me a fan in less than five minutes. The intricate complexities of preparing great masala seem just a bit more accessible when compared to learning the rules of cricket.

Two vegetable samosa ($7) were crisp, spicy, and flavorful.  Marsha’s vegetarian aloo gobhi mattar (14) was thick with cauliflower and potatoes in a cumin-garlic sauce accented by bright green peas. The 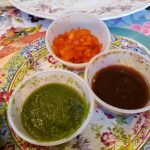 tender meat in my lamb korma (20) was in a rich and delicious sauce made from cashews and spiked with saffron.

We’ve eaten well at Coromandel in Darien, another favorite of Marcia and Dean. Saffron on Westport Avenue in Norwalk is a popular family-run spot with carefully prepared Indian food.

With our next Indian dinner we’ll take in the majestic sweep of Richard Attenborough’s award-winning film Gandhi. While we wouldn’t call it a food movie, it does give a sense of the size, scope, and diversity of India’s rich cultural heritage and complex history. I’m already looking forward to what might be on the menu. 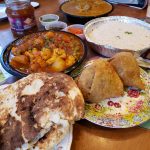 Next post From The Norwalk Hour: Fresh Mozzarella -- Handmade Every Day

Previous Article From The Norwalk Hour: Delicious drinks at the Hartford Flavor Company