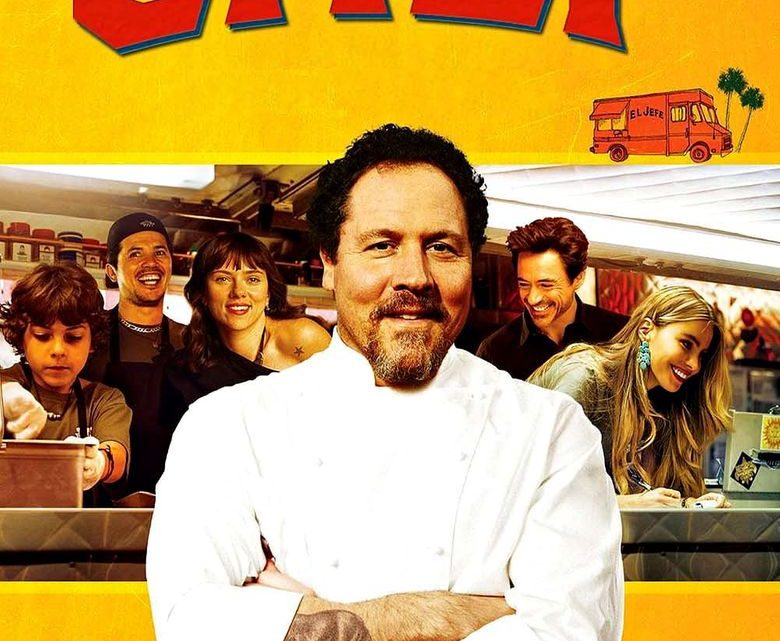 It’s been awhile since any of us were in a restaurant, but with movies, that feeling of energy, hospitality, good food and fun is just a click away. Funny or sad, fast action or thoughtful storytelling, American or foreign, these movies will put you at the best table in the house.

Good movies need drama, conflict, action, and humor in the hands of big personalities. You can find all of this plus simmering pots, open flames, and hot tempers in any restaurant kitchen. It’s only surprising that more movies don’t use this action-packed setting.

Be sure to have some snacks on hand: popcorn for a theater experience or something more restauranty to re-enforce the eating-out experience.  These movies will make you crave some chef-made food. 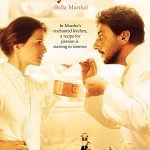 Mostly Martha (2001) is one of our favorites. This German film (the subtitles are easy) portrays an obsessive and demanding chef unexpectedly called upon to parent her niece. A flamboyant Italian cook joins her taut Germanic kitchen brigade and sparks fly.

There’s the obligatory fast-paced cooking scene (this time with some flirtation) souped up by Paolo Conti’s gravelly voice and propulsive rhythm. The mouthwatering and sometimes tense restaurant scenes are pretty authentic.  Marsha calls it, “the most wonderful romance.”  I’m not sure if she means the lead characters, the developing bond between aunt and niece, or the obvious affection that the filmmakers had for food and restaurants.

Mostly Martha was re-made in English as No Reservations starring Catherine Zeta-Jones.  I haven’t seen it, but it has not garnered the acclaim of the original. 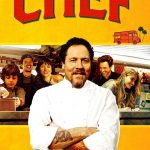 Chef (2014), written, co-produced, directed by, and starring Jon Favreau, is another story focused on an intense high-profile chef pulled back from the emotional brink by a kid. After a career-ending spat with a food critic, the chef hits the road in a food truck, bonds with his son, and finds professional satisfaction in everyday food. The feel-good story driven by a high-energy sound track is a favorite of mine.

In Today’s Special (2009) Samir quits his pressure-cooker sous-chef job after being denied a promotion.  Off to Paris, before he can get on a plane, he’s forced to take over his father’s failing Indian restaurant in Queens. Every member of the ensemble cast in this indy production delivers, as the story moves from the big time Manhattan kitchen to the two-man operation at the Tandoori Palace.  Through the ups and downs there is humor, romance, and great looking food that all lead up to the happy ending.  Even though it’s an American movie, I recommend watching with subtitles to get the full benefit of the meaningful musical lyrics threaded through the story. 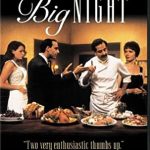 Big Night (1996) is the Casablanca of restaurant movies: a classic that everyone must see as a point of reference for any food movie discussion. Brothers Chef Primo (Tony Shalhoub) and businessman Secondo (Stanley Tucci) run an authentic, but not successful, Italian restaurant. They pin their hopes of success on a special menu served to the bandleader Louis Prima. Comedy and tragedy ensue in this character-driven story. The movie was a career maker for both Tucci (who also directed) and Shaloub.

You might be surprised to see how a restaurant looks from a rat’s point of view, but that’s exactly the narrative in the hugely entertaining Ratatouille (2007).  This animated Pixar production features a rat with sophisticated food senses who wants to be a chef. Guiding the garbage boy to make his recipes, the rat’s cooking becomes the toast of the town.  The animated food is authentic, master chef Thomas Keller, among others, consulted on the recipes and presentations. 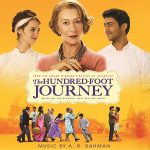 France meets India in the Hundred-Foot Journey (2014)  where a starred restaurant in the south of France and an upstart Indian eaterie are just a hundred feet across the road.  Jealousy and romance, seasoned with conflict and understanding, unfold along with a lot of good food in this Helen Mirrian led production.

The Ang Lee drama Eat Drink Man Woman (1994) is a family story of life in China told in a food setting. The patriarch, a semi-retired chef, shepherds his three daughters through crises big and small, while preparing elaborate family dinners and bailing out his former employer.

On the other hand, if you’d rather binge watch a TV series with a restaurant setting, no one does it better than the British. Try Chef for a humorous look at a controlling and obsessive chef in an English country restaurant.

Food-loving detective Henry Crabbe (Richard Griffiths) wants to retire and run his restaurant, but he keeps getting pulled back into police work in this series. Pie in The Sky is a tasty dish of crime with a side of food where the restaurant is a success thanks to Crabb’s cooking. 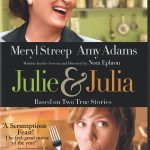 Finally, although not really a restaurant movie, Julie & Julia is based on Julie Powel’s book about cooking all the recipes in Julia Childs’ famous “Mastering the Art of French Cooking.” The two stories tangle like strands of pasta. Starring Amy Adams and Meryl Streep and with a screenplay by Nora Ephron, it was an award winner.

Next post From The Norwalk Hour: Wild Alaska Salmon is Headed Our Way

Previous Article From The Norwalk Hour: Suggestions for Mother’s Day Dinner at Home