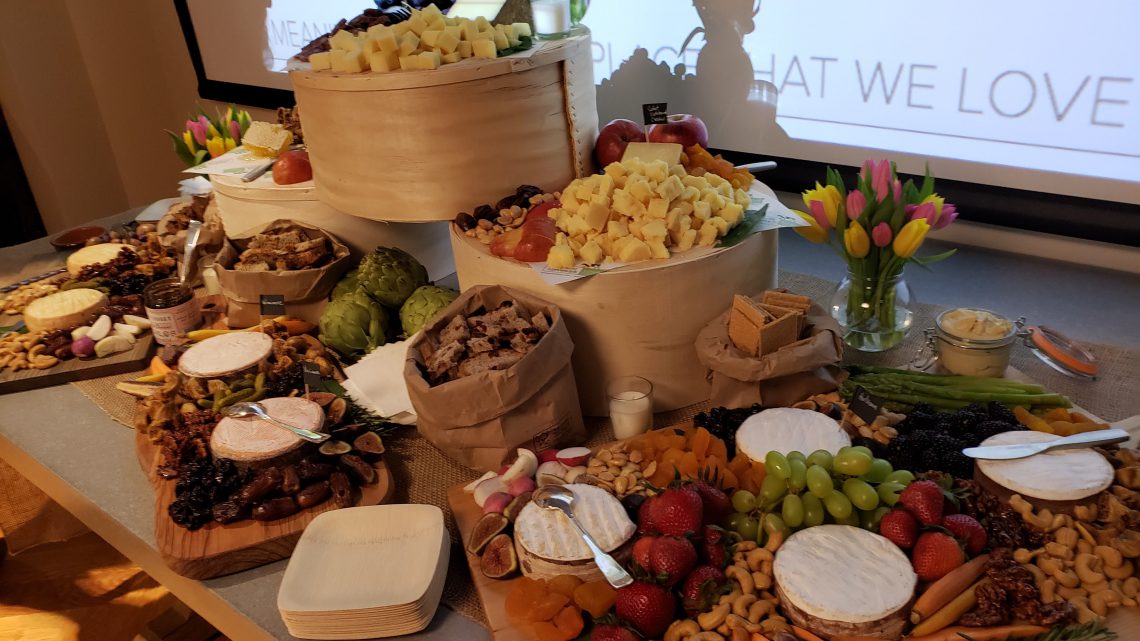 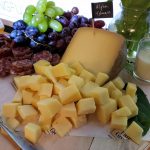 A cheese maker’s job is to make cheese, don’t you think? Mateo Kehler and his brother Andy do make cheese – world class cheese – but only as a means to create and support the community that revolves around it. They’re working on a new model for rural America.

But first to the cheese. Jasper Hill Farm, the brothers’ cheese business, grew out of a love for the very rural Northeast Kingdom of Vermont. There they create award winning cheeses: Alpha Tolman, a bold alpine style; creamy Bayley Hazen Blue (their flagship cheese); soft-ripened woodsy Harbison; Moses Sleeper in the style of French brie; buttery Willoughby with a washed rind; and spruce-wrapped Winnimere. 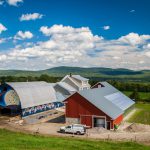 The award-winning cheeses are all made with raw cow’s milk from the farm’s herd of Ayrshire cows as well as a neighboring herd. They have been recognized as some of the best cheeses being made in America today.

Mateo Kehler came to town as part of the tenth year anniversary celebration of The Fairfield Cheese Co.  His cheeses are a core part of the store’s carefully-selected American-farmstead cheese offerings. 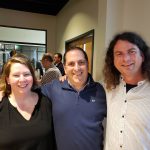 A group of enthusiastic cheese lovers gathered on a recent Friday evening at the Two Roads Area Two Brewery in Stratford for an evening of cheese talk, cheese, and beer.  I can’t think of anything better.

Before the presentation, Mateo told me that cheese was the easy part – business was hard. Since he produces some exceptional cheese (and that can’t be easy), I didn’t really understand what he was getting at.

During his talk, I came to understand that he had a very broad definition of “business” and the farm’s goals were indeed lofty. The brothers see Jasper Hill as a model for restoring viability to the rapidly shrinking world of small family farms in rural America. 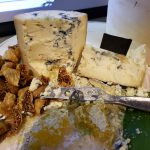 Yes, they make amazing cheese, but they choose to do it in a remote place far from markets, transportation, and suppliers – where winter is long and hard.  It’s a place where their work and success have a positive impact on their neighbors and on a traditional way of life worth saving. “We do it the hard way,” Mateo said. “Cheese is, for us, just a way to transform the community economically and socially.”

The project started with just the two brothers. Their wives joined in to make the farm viable. Now there are 91 people in their cheese community – this in the small town of Greensboro, pop 762. Keeping the business local, they say their future lies within a 15 mile radius of the cow barn. 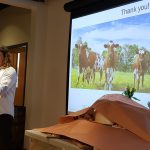 The exceptional quality of Jasper Hill cheeses can be attributed to an obsessive attention to detail. Their cheeses are all made with raw milk – a tricky business requiring meticulous sanitation, rigorous milking and cheese-making procedures, and an understanding that this is not the easy or cheap way.

The reward is cheese with a sense of terroir.  You know from the first bite it comes from a specific and special place and has a quantifiable deliciousness. “There’s no success without deliciousness,” Mateo asserted. The Jasper Hill farming system produces a rich microbial environment that yields big, bold, delicious cheese. The idea is so central to the farm that they have a sensory team that meets regularly to taste the cheese and measure the deliciousness factor. “Deliciousness is like a religion at Jasper Hill,” he said.

In order to thrive, the business must grow, so a few years ago The Cellars at Jasper Farms were built to age and mature Jasper Hill cheese along with cheese from a few other local farms, a process known as affinage.  The 22,000 square foot underground facility has seven climate controlled rooms, each a unique cheese environment. 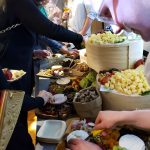 Digging into the cheese after the talk

In addition to the Jasper Hill cheeses, the Cellars age the enormously successful Cabot Clothbound Cheddar and cheeses from three other local farms. “Six producers, six herds, twelve cheeses,” is how they describe it.  With marketing and distribution expertise, their goal is to “provide specialized shops and restaurants nationwide with perfectly ripe, delicious, single source cheeses from the verdant working landscape of Vermont.”

To introduce the evening, Chris Palumbo and Laura Downey talked about their experience starting The Fairfield Cheese Co in the economic valley of 2009.  Much like Kehler, they talked about the community of cheese lovers who gather around their store and support it. The cheeses are not cheap, but they are delicious and each personally chosen example expresses the place where it was made and the character of the cheese  maker. 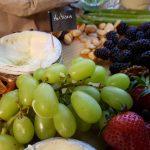 With his broad smile, shoulder length curly hair, no nonsense manner, and looking a little like Mel Gibson, Mateo is an enthusiastic and effective advocate for his farm and his region. Asked a question about cheesemaking, he’s happy to get down in the weeds of microbial activity, sources of fodder, and barn sanitation.  But he really lights up when he talks about the potential for the model they’ve established at Jasper Hill to brighten the future of rural farming.

Next post From The Norwalk Hour: Craveable Venezuelan food in South Norwalk

Previous Article From The Norwalk Hour: Avocados in the wild