From the Norwalk Hour: Hot Chocolate is Sooo Delicious 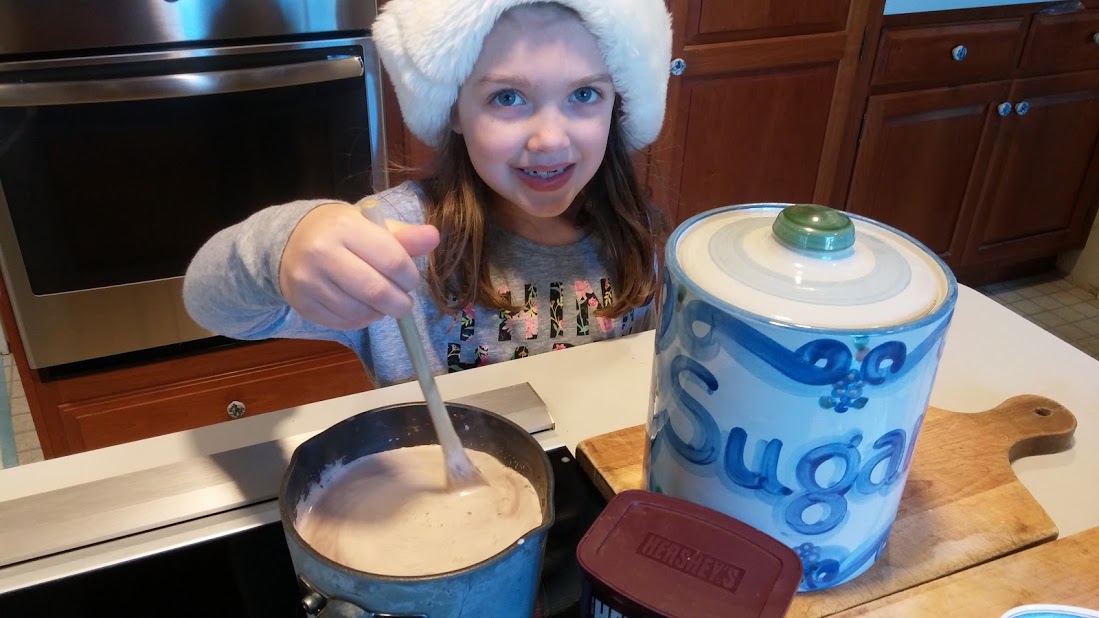 “Grandpa,” Moira said, “hot chocolate is sooo delicious. You should tell everyone how good it is!”  Steaming, fragrant, soothing – right now it’s Moira’s favorite treat.  With a smile on her face she inhales the rich aroma and sips it a spoonful at a time to make it last. 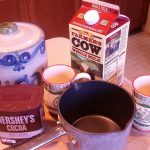 I’m with Moira!  There’s nothing better on a winter’s day than hot chocolate. It takes a drab afternoon and turns it festive, takes a snowy day and makes it special, takes an ordinary moment and makes it an occasion. And it’s rather easily done too.

Moira likes it simple: a tablespoon of cocoa powder and a tablespoon of sugar stirred into a cup of milk then warmed in a saucepan – easy, straightforward, and very satisfying.

You can, of course, go further afield. Hot chocolate can be jazzed up with shaved chocolate, winter spices like cinnamon, or a little zing of cayenne. It can be made by the pot-full for a party, by the mug-full in the microwave, or on the stove, like Moira’s mom does.

Chocolate, made from the cacao bean, came from the new world as a drink. A bitter beverage much prized by the Aztecs for its medical and mystical properties, chocolate was brought back to Europe by the conquistadors.   It later gained popularity across Europe with the discovery that mixing it with honey or sugar made it delicious.  Sweetened chocolate, believed to have health and even aphrodisiac benefits, was a luxury product available only to the wealthy until the industrial revolution. 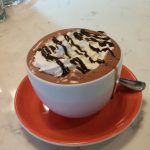 In the 1700s Chocolate Houses in London became popular spots for social gatherings or to conduct business. Special sets of serving pieces for hot chocolate in silver or pewter were a part of upper class households.

Made more like a ganache – a generous amount of chocolate (use a chocolate bar or chips, dark or milk, it’s your choice) is melted into cream, along with a little sugar. The resulting “drink” might be thick enough to hold the spoon up straight.  Want to kick it up some more? Add a couple spoonfuls of espresso powder.

The Spanish make their thick hot chocolate with a little cornstarch to give an almost pudding-like texture. It’s often served with those irresistible Churros – sticks of sugary fried dough, sort of like straight donuts.

Mexicans love hot chocolate made with evaporated or fresh milk that is spiced with cinnamon and cayenne. 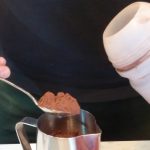 At Cafe Dolce, Norwalk’s authentic Euro-style cafe at 345 Main Ave., the hot chocolate is made on their gleaming espresso machine. Heaping spoonfuls of cocoa and sugar are added to milk along with a shot of vanilla, then steamed like milk for a cappuccino.  Topped with whipped cream and drizzled with chocolate, its rich creaminess is almost sinful.

American-style hot chocolate can be made with either natural or Dutch process cocoa powder.  The natural cocoa, darker in color, is the most common, Hershey’s for instance. It’s chocolaty flavor is popular for hot drinks.  It is more acidic, which can cause some problems in baking, but gives the hot chocolate more character. Dutch process, which is better for baking, is lighter in color and has a rounder less aggressive flavor. Try them both and see what you prefer. 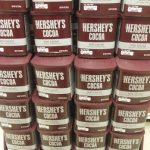 You can’t go wrong with Hershey’s

For large groups, set up a batch in the slow cooker.  Put out a variety of toppings plus some crystalized sugar swizzles and you’ve got a party.

Regardless of the style, type of chocolate, or method, marshmallows are always de rigueur. The only debate is: large or small. I have no dog in that fight – either one works for me. Yes, there are a few occasions where whipped cream may be appropriate – go ahead if you must – but watch out for the mustache.

Hot chocolate, too often relegated to kids and snowy afternoons, can also be a sophisticated adult drink.  Next time you’re thinking about a cup of coffee and a sweet, try hot chocolate instead. It’s two for the price of one. You’ll agree with Moira and me: It is sooo delicious! 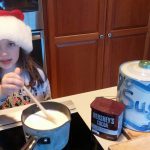 Next post From The Norwalk Hour: Slow-Cooked Cold-Weather Comfort

Previous Article From The Norwalk Hour: A Year of Good Eating

From The Norwalk Hour: The annual gathering of the delicious industry

From The Hour: Crazy for Caramel

From The Hour: Try a Cooking Class