From The Norwalk Hour: Halloween is All About the Treats 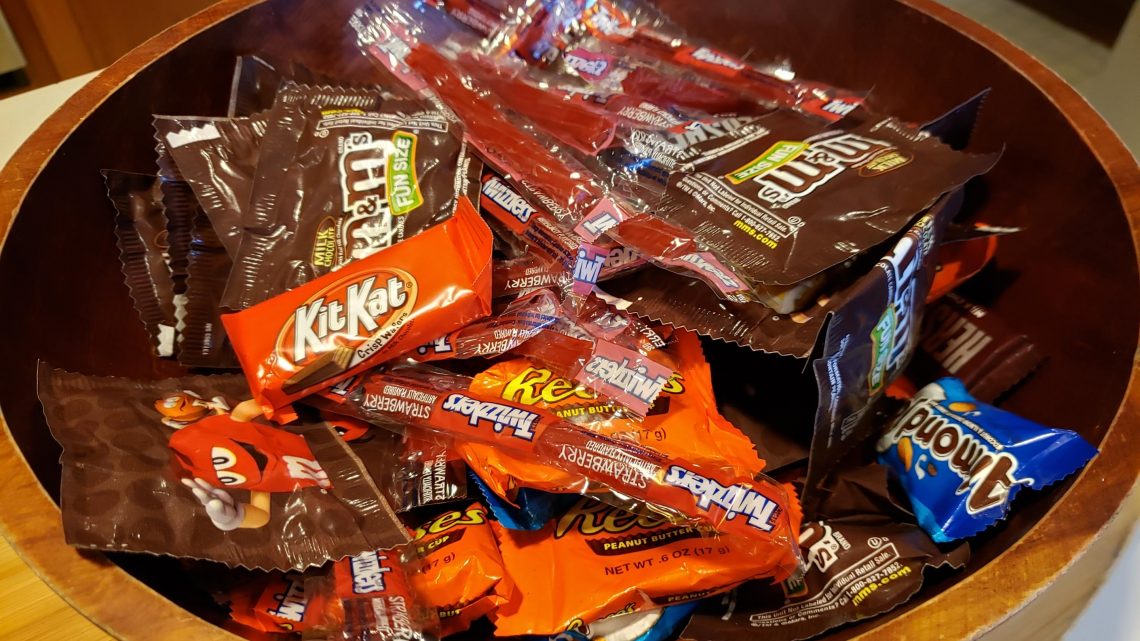 Trick or treat is the question of the day.  On Halloween, children of all ages will be out and about, dressed scary or sweet, ghoulish or grand, Disney or devilish.  Despite their costumes and face paint, what they really want is candy!

Something similar has been going on at this time of year for thousands of years. Building on a pagan Celtic tradition in the eighth century, Pope Gregory III designated November 1st as a time to honor all saints.  The day before became All Hallows Eve, honoring the dead. It eventually morphed into Halloween as we know it.

The celebration gradually shifted from religious to secular.  Halloween didn’t really catch on in America until the immigration of Scots and Irish.  They introduced their tradition of dressing in costume and going door to door. Through them, Halloween became widely celebrated in the early 20th century. 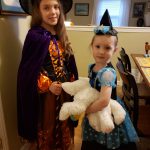 In the post war era, Halloween changed again from a folksy tradition to a commercial juggernaut. Ghostly costumes that harked back to the Celtic origins evolved into mass-market character-driven cuteness. (Remember those Ninja Turtles?)  While there are still a few witches and skeletons out there, the princesses and superheroes seem to be taking over.

The treats have moved on too, from caramel apples and home-made cookies to prepackaged national brands of candy.  Motivated by safety concerns, everyone wants to give or receive something to eat that is of known origin and sealed in a package.  A few bad actors turned the tide years ago. The shift has been a boon to the candy industry. 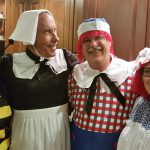 When Halloween falls on a weekend, it’s an occasion for costume parties. Grownups like to get in on the action too with inventive costumes, food done up on a ghoulish theme, and plenty of liquid spirits.  You may see some bobbing for apples, but there’s much more snagging of snacks. Those who love to dress up and decorate claim Halloween as their favorite holiday of the year.

But it’s the kids who are really into it. They get to plan their costumes and wear them to school for Halloween parades in addition to the actual trick or treating.  Tramping about the neighborhood from house to house is loads of fun. Best of all is the bucket of booty. All that candy to be sorted, categorized, and then eaten — all at once or over time at the parents discretion. 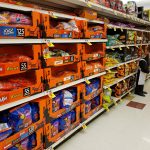 Chocolate is the favorite candy to give and to get. In the lead up to October 31st, supermarket aisles are bulging with single serving size packages of chocolate candies: M&Ms in an array of flavors; Reeses in all shapes and sizes; bars of Snickers, Milky Way, and Musketeers; and all flavors of Hershey’s.  Non-chocolate options include Twizzlers, Jolly Ranchers, and gummy worms. Candy corn is in a category by itself.

Halloween candy sales come in at around $9 billion a year.  It’s big business as the largest candy season of the year, far outranking number two, Valentine’s Day. Millions of pounds of candy are sold in just a few weeks. 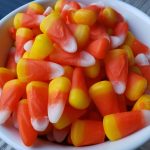 Candy corn, a long-time Halloween tradition, has been with us since the 1880s.  The popular candy inspires fanatic devotion or vocal disdain. About 35 million pounds are produced annually, mostly for Halloween. I think of it as the jelly bean of the fall — a colorful chewy delivery system for sugar. The first couple of handfuls are great. After that, the overly-sweet simple-tasting kernels are not worth the calories. Made from a slurry of sugar and cornstarch, they’re hardly the candy maker’s high art.  But you can’t argue with a candy that’s been popular for over a hundred years.

As a giver of Halloween treats, the choice of flavors in our candy bowl are driven by personal considerations. Do we want to have our favorites so that we can eat any leftovers?  Or should we offer less appealing candies to avoid our overindulgence in the first week of November. It usually comes out as a mix. The M&Ms go first, followed by the Reeses’s peanut butter cups, but the Twizzlers can last into the Christmas season.  Our dentist has advised against Good and Plentys, a childhood favorite.

Whatever your candy strategy, remember treats are expected.  And although tricks are rare, don’t take any chances — be sure to stock up.

Next post Bloodroot in Bridgeport stars in its own documentary

Previous Article From The Norwalk Hour: Pie is a Favorite in the Fall

From The Norwalk Hour: Easter is the Time for Eggs

From The Hour: Irish food and drink – not just for St Patrick’s Day