From The Norwalk Hour: Eating runs the gamut on road trips 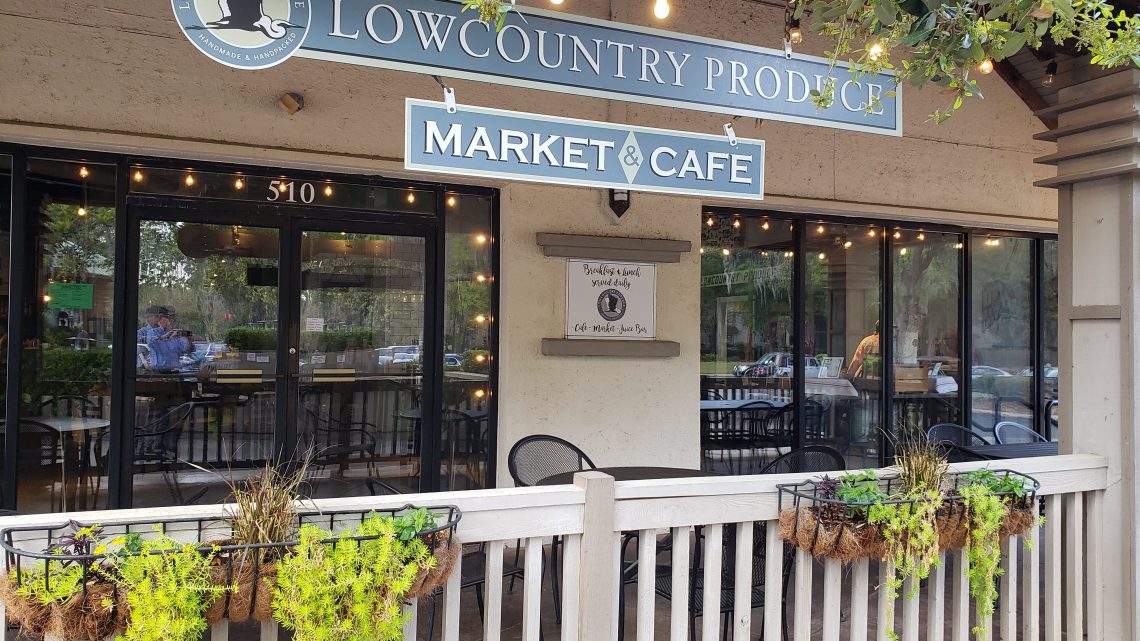 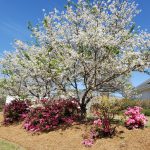 We just got back from a road trip down south. Family visits were the mission, but it didn’t hurt that we were headed for some sunny days and temperatures in the 60s and 70s. I can assure you that it’s spring down south, and it’s coming our way.

On a trip like this eating runs the gamut – fast food, fine dining, family style, and regional specialties. Over the thousand mile drive south the places we ate may ring a bell: McDonalds, Wendy’s, Dunkin Donuts, Cracker Barrel, and Applebys along with a generic motel breakfast. Hardly inspiring, but quick and predictable – they’re just right when trying to make time.

After arriving at Hilton Head, South Carolina, we fared much better.

On our first night Fraser’s Tavern offered some of the best fried onion rings anywhere, plus highly recommended fried shrimp that lived up to its crunchy billing.  The fry cook here should get a medal. All this while the super moon rose above the tree line across the fairway.

Hilton Head is surrounded by salt water, so there are plenty of seafood restaurants and waterside eateries.  Over the next few days we dined on swordfish cooked on a hot mesquite grill, a signature shrimp salad, a rich and creamy seafood casserole packed with shrimp, scallops, and fish all flavored with sherry, and a thick she-crab soup. 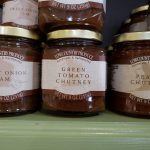 It’s the south, so we all shared a tub of pimento cheese as an appetizer one day at lunch. The cheese was as expected, but the toasted pita wedges for spreading were in the “betcha can’t eat just one” category.

A grilled chicken sandwich with blue cheese and peach chutney was a surprising treat for lunch at the Lowcountry Produce market cafe.  Even better were the homemade potato chips.  A vegetarian farm-egg omelette with feta cheese featured remarkably good tomatoes. They must be keeping them down south for now.

At Stellini, a neighborhood Italian restaurant, there was a seasonal special of angel hair pasta with sliced garlic and more of those early-season vine-ripe tomatoes.

I’m always eager to check out the bakeries. On our first morning, I headed to a popular spot to pick up a cinnamon roll and cherry danish to share with our hostess. The best vacations start with pastry, I think.

At Lowcountry Produce they also did some baking – muffins, cookies and the 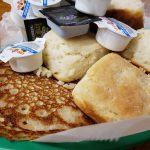 Biscuits and cornbread at Jeneane’s

like.  Under one display dome, a stack of cinnamon rolls heavily coated with cream cheese icing called out to me, begging to come home for afternoon tea. They were as close as you can get to home made.  Alas, a few days later, they were sold out.

Our first stop after a fast-food fueled drive to Macon, Georgia was the legendary Jeneane’s at Pinebrook. This temple of every day southern eating is based on the meat plus two concept, all for the princely sum of $8.  The down-home meats include breaded pork chop, meat loaf, baked chicken with dressing, and, of course, fried chicken.  The list of sides reads like 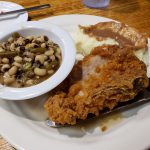 the cards in grandma’s recipe file: mashed potatoes with gravy, turnips with roots, field peas with snaps, boiled okra, sweet potato souffle, butter beans plus a lot more.  The scratch made fluffy biscuits are the highest expression of their art. All this for about half the cost of a glass of chardonnay in our area!

At the nicest country club in middle Georgia, the draw for us is their saltine crackers. Not just any saltines, these are brushed with butter on both sides, toasted in the oven, and served warm.  The recipe originally from the Piedmont Driving Club in Atlanta is a reliable method for these southern stalwarts. 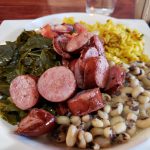 Marsha’s ninety-one year old Aunt Betty took us to the hip and funky Grow for a lunch of southern farm-to-table. A basket of boiled peanuts got us started.  Deviled farm eggs were spiked up with a little sweet pickle. Georgia smoked sausage with black-eyed peas, collards, and yellow rice was a tasty combination of local food and heritage cooking.

Our final meal in Macon was at the Tic Toc Room, where Little Richard sang and built the foundations of Rock and Roll. A trip to Georgia wouldn’t be 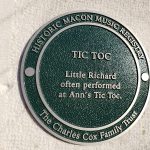 complete without some fried green tomatoes – these were good.  Inspired by his grandma, the chef created a breast of duck, sautéed then roasted, presented on a bed of deeply flavored dirty rice with collards and andouille sausage. Grandma knew what she was doing.

Turning north, we ate much like we did on the way down. Now, we’re looking forward to eating at home for a while.

I often say that there is a restaurant for every occasion and an occasion for every restaurant. A trip like this proves the point. Some meals were memorable and others just functional, but each was right for the moment.  That’s the fun of eating on the road. 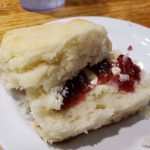