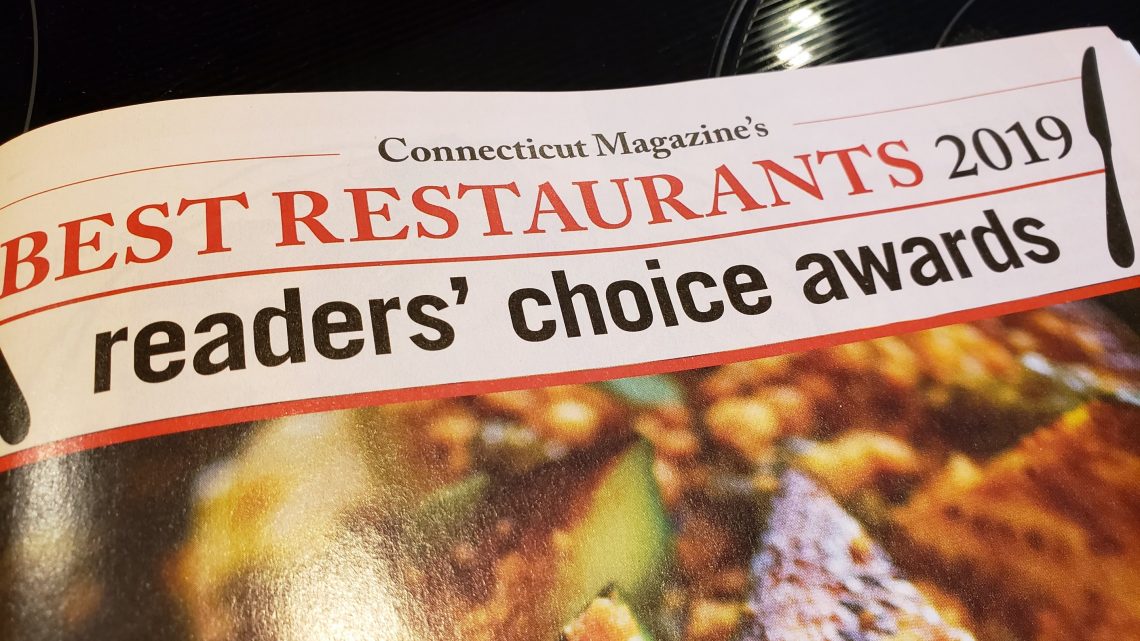 We all love to make lists of bests: best movies, best sellers, best dressed, and frequently, best restaurants. Claiming a table at a recognized “best” restaurant is an accomplishment for some, a sport for others, and a memorable experience for all.

There’s no standard way for restaurants to get ranked on a best list. Unlike the Oscars where the industry votes for their picks, or books, where success is measured by sales, picking best restaurants is much more subjective. 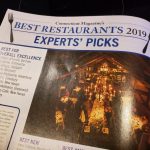 The definition of a best restaurant is elusive and personal. I’m often asked for my best restaurant pick. “Best for what?” is the answer.  Fancy or fast, original or tried and true, comfortable favorite or cutting edge — I could have a best in each category.

Connecticut Magazine publishes an annual Best Restaurants issue in January.  It’s the most comprehensive look at the restaurant scene statewide.  They actually have two lists, one based on readers’ choice, and the other on experts’ picks.

The 2019 experts’ (a baker’s dozen of food writers) picked Arethusa al Tavolo, a farm to table restaurant in Bantam, for overall excellence. The readers’ choice was Sal e Pepe, an Italian bistro in Newtown. I haven’t been to either.

The experts tend to go upscale and all out. Local bests include the contemporary Cottage and Kawa Ni in Westport and the more traditional Thomas Hinkelmann in Greenwich.  The readers passed on Fairfield County for an overall award, but did name Redding’s The Spinning Wheel as Best American.  Match in SoNo, regarded as one of the best restaurants in Fairfield County,, was an experts’ Best American, but was overlooked by the readers.

You can see that there is a lot of personal preference. It gets even tougher when you look nationally and internationally. 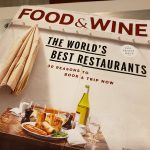 Magazines are fountains of restaurant rankings. Food and Wine puts out a list of Best New Chefs every year, in effect naming best restaurants.  In September F & W named the 30 World’s Best Restaurants, and then seemed a little miffed that we wouldn’t drop everything and book a flight. Forbes and Esquire both pick their fifty favorites.  Regional magazines like Yankee or Southern Living put together their own rankings often narrowed down by food type or location.

Foodie websites like Eater.com and GrubStreet.com have their own lists.  The James Beard Foundation presents both regional and national best restaurant awards every year in an Oscar-like evening. There’s even a web site called The World’s 50 Best  — devoted to the best of everything.

Restaurants appearing on the national lists tend to be concentrated in a few areas: New York, Los Angeles, Chicago, and Napa. Other cities, along with a few rural destination restaurants, are included, but for the most part recognized restaurant excellence is a big city achievement.  Almost all are where the money is. 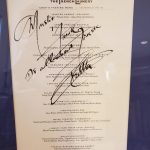 Over the years, Marsha and I have been lucky to eat at a few of these top-ranked establishments.

A decade ago we celebrated our anniversary at Thomas Keller’s much awarded French Laundry in the Napa Valley, a restaurant on everyone’s top 10 list.  There we ate through a memorable but daunting 19 course tasting menu.  Each dish was picture perfect, deeply flavorful, and impeccably served.  We even managed to come away with a menu signed by the man himself.

More recently, we were lucky to attend a private dinner at Per Se, Keller’s glamorous restaurant in New York, another perennial top pick on national lists. The multi-course menu, the product of an army of blue-aproned chefs, included monkfish, duck, and lamb, all perfectly cooked and beautifully presented with intensely flavored vegetables and silken sauces.  The evening started with stunning canapés and ended with an array of cheeses and mignardises (bite size candies, caramels, and macaroons) made in-house. All this accompanied a wine at each course honoring the 40th anniversary of the Napa Valley’s Newton Vineyards.

Both of these amazing restaurants are based on French cooking traditions, applied to American artesian ingredients, and seasoned with a healthy dose of innovation. Each has reached the peak of high-end, formal dining. 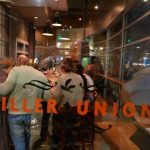 While many “best” restaurants are ultra formal, ultra haut, and ultra costly, that’s not always the case. Young chefs and managers are being recognized for presenting original, impeccably prepared and served food in more casual environments.

Miller Union, Chef Steven Satterfield’s acclaimed Atlanta restaurant, is a shining example. Satterfield has taken the food traditions of the south to a new level with an ingredient-driven menu that is creative and served in a relaxed atmosphere. It’s a world away from Thomas Keller’s formal restaurants, but still worthy of national recognition.

Satterfield pioneered the gentrification of Atlanta’s Westside, a down-at-the-heels industrial area, bringing new life and economic development along with good food. Managing partner Neal McCarthy told us that ten years ago they struggled to get people to come. Now people struggle with heavy traffic to reach Miller Union. That’s the power of good food.

Our exciting dinner started with a farm egg baked in celery cream, a spicy royal red shrimp and snapper gumbo, and delicata squash with mustard greens.  Mains were emmer (an ancient grain) and goat cheese ravioli; braised pork shoulder with apple, walnuts, bourbon, and cider; and seared gulf snapper with sunchoke, fennel, and satsuma. Laura, our expert server, had a full mastery of the menu, offered helpful suggestions, and served with casual correctness.  She gladly offered to decant our bottle of Cabernet Franc from little-known Chinon. 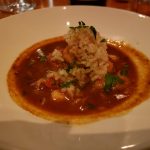 Plates were passed around, dishes discussed, and the chef’s skills appreciated.

“Best” restaurants may appear on lists or may be where you find them.  There’s no right or wrong. Dinner at a “best restaurant” would take pride of place under the Christmas tree.  It’s a perfect gift for any foodie on your list. 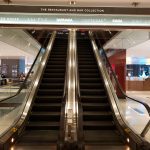 On the way up to destination restaurants in New York

Next post From The Norwalk Hour: Gifts to Eat Will Bring Smiles on Christmas Morning

Previous Article From The Norwalk Hour: Thanksgiving Doesn’t Have to be Perfect