From The Norwalk Hour: Cupcakes bring smiles and happiness 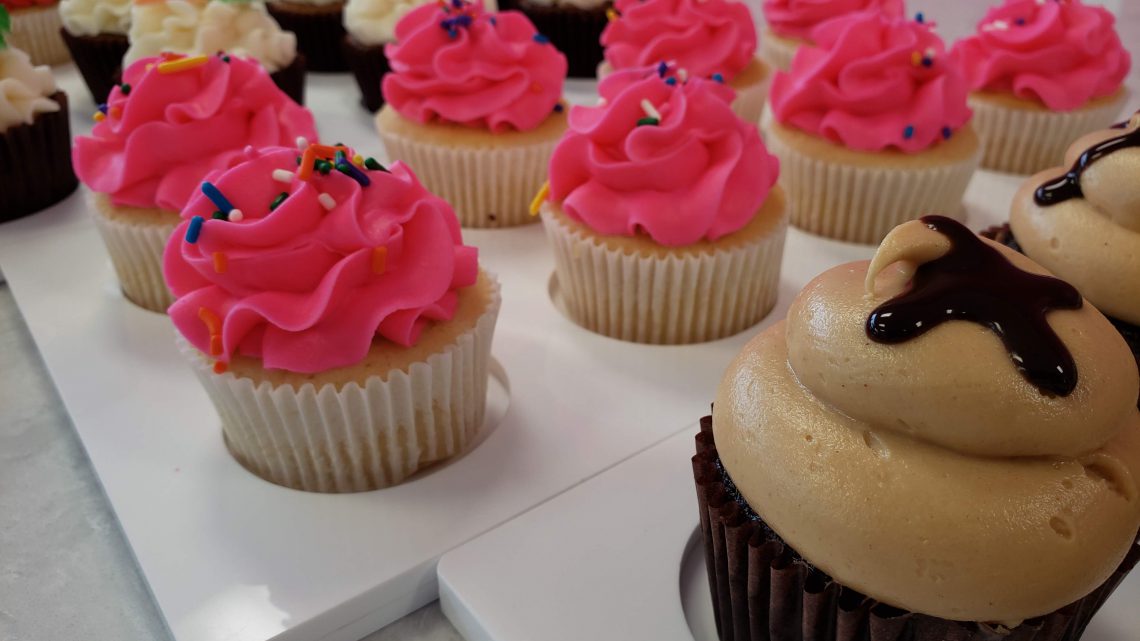 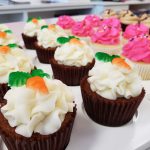 If you want to make someone smile, give them a cupcake. It’s hard to resist that little nugget of cake and icing – big enough to be a sweet treat but small enough to avoid serious waistline damage. Sky Mercede at Forever Sweet Bakery, our local source for fancy cupcakes, told me, “We deliver smiles and happiness.”

When it comes to cupcakes, it’s what’s on top that matters.  It wouldn’t be the same without the cake in the cup, but it’s the icing above, flavored and decorated, that’s the attraction for most of us. 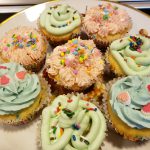 Cupcakes are particularly suited to kids, with their compact size and range of flavor and color.  The diversity of a mixed batch is always a big hit with a gaggle of the underage set. Everybody can pick their own color and flavor.

They’re a great home baking project for beginning bakers.  Don’t have the time or inclination? You can go to the pros, like Forever Sweet Bakery, for a full range of professionally decorated, exotcially flavored cakes.

A recent visit to the new Forever Sweet location at 235 Main Ave. for a special treat inspired our granddaughter Moira Logan to bake some of her own. 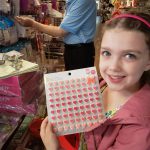 At the Cooks Nook

The project started with a visit to the Cook’s Nook in Wilton for some special cupcake papers and a few decorating supplies. At home we mixed up a batch of her favorite Funfetti cake mix. The nuggets of candy in the funfetti add a little extra pizzazz to the cakes.

Moira lined the pans with her special papers. Then she measured the water and oil, cracked the eggs, and handed the bowl off to me for mixing. It was her job to divide the batter equally among the 24 cups. 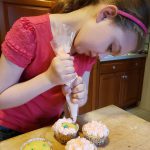 When the time came, the icing was divided into three batches for coloring: pink, blue, and green. Round, star shaped, or flowers, each color, applied with a pastry bag, had its own style. I demonstrated one of each and then Moira did the rest — her first experience piping.  She went on to add hearts, sprinkles, and stars to customize the cakes. The results were pretty impressive.

At Forever Sweet cupcakes have become high baking art.  The modestly sized moist and tender cakes are topped with a tempting array of beautiful and delicious icings.  You’ll find themed cakes, holiday cakes, and seasonal flavors in addition to the old favorites. 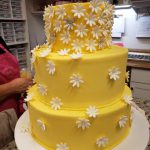 The opening of their shop at the Walgreens Plaza has added to the growing food enclave there that includes The Produce Store, PeachWave frozen yogurt, Main Avenue Liquor, and Aromas Peruvian restaurant. You can eat very well in this short stretch of store fronts.

With increased production space, Forever Sweet is expanding their layer cake and cookie production. A number of stunning cakes were in the works as I walked through the kitchen. The cakes in the windows demonstrate their skillful decorating talent.

But the cupcakes are still where the action is. Among the thirty-four flavors in their standard repertoire, vanilla cake with vanilla buttercream icing and chocolate with vanilla icing are the top sellers.  Where is your sense of cupcake adventure, America? 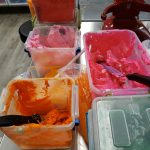 Juliane, who has worked part time at the store through high school and into college, favors the coconut-dusted vanilla cupcake. Marsha agrees.

Raspberry, mint, strawberry, cream cheese, cinnamon, and mocha are some of the finger-licking good real buttercream icings available. Other specialty cakes include tiramisu, salted caramel, pumpkin spice (in the fall) and beer batter bacon (for the grownups).  These make up the bulk of their offerings, but 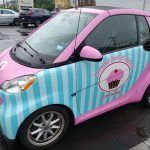 If, like me, you can‘t choose, they’re happy to put together a mixed dozen — let them pick or choose your own.

You may have seen Sky around town in his white or pink chef’s coat driving a cupcake-sized Smart car done up in icing colors of pink with aqua and white stripes. He’s happy to deliver the smiles and happiness in person, and might even sing if you ask. 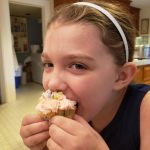 Next post From The Norwalk Hour: Prosecco, perfect for summer