From The Hour: Our Favorite Red Wines 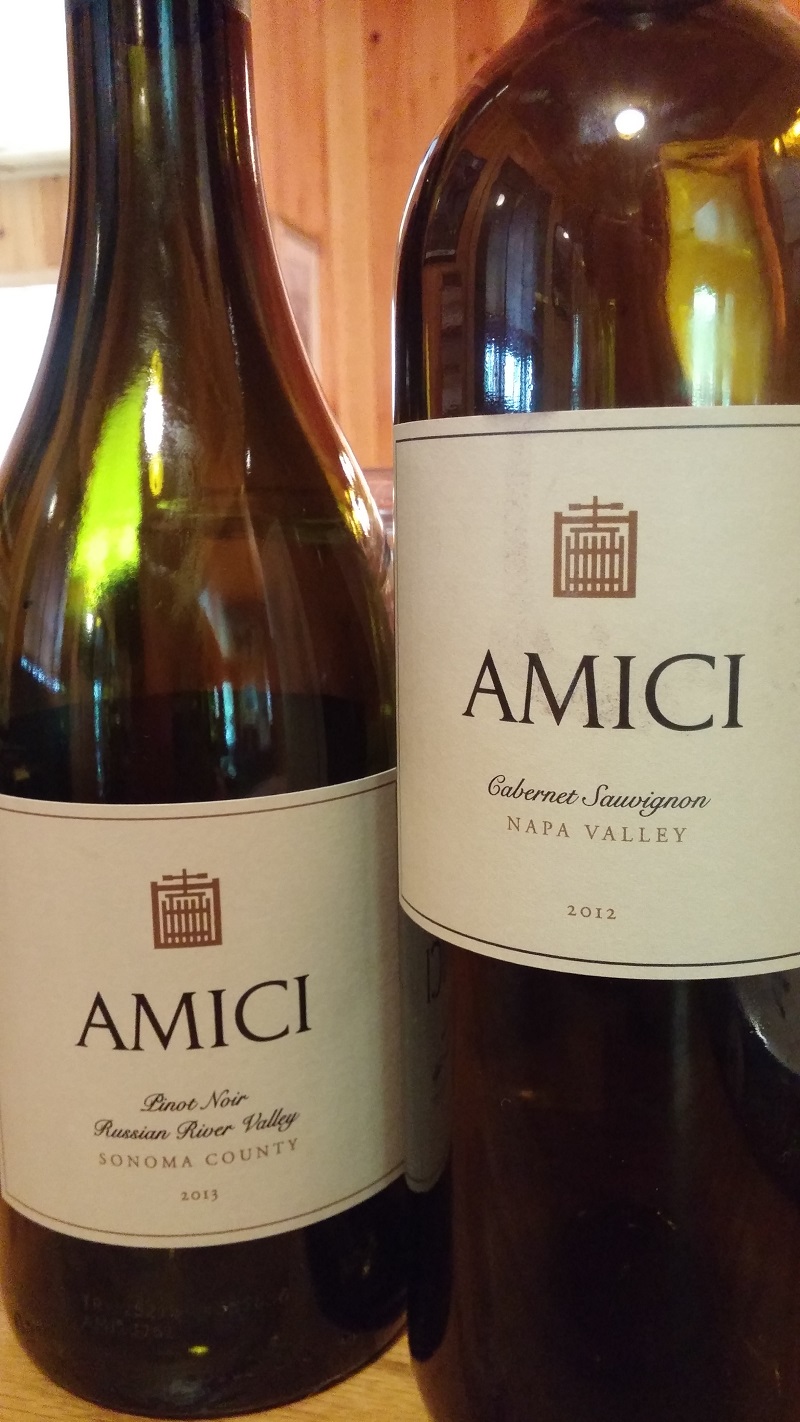 Beef Bourguignon was on our menu (Ina Garten’s recipe) to celebrate Bastille Day. But the real purpose of the dinner was to compare, contrast and discuss two red wines: a Napa Valley Cabernet and a Sonoma Pinot Noir. Joining us was a confirmed Francophile and a couple who consider red wine to be “too strong.”

Cabernet was the first wine to give California world-class stature. It is the flagship grape of Napa, securing the valley’s reputation as America’s best-known wine growing region. It is also the primary grape of the great wines of Bordeaux in France – wines known for their power, complexity and aging potential.

Pinot Noir is a relative latecomer to the California wine scene. A modest amount was always grown, but its popularity skyrocketed in 2004 after the movie Sideways promoted it at the expense of Merlot. Pinot Noir is the grape of France’s Burgundy region, which makes some of the best and most in-demand, and expensive wines in the world. It’s finicky to grow and challenging to make into wine.

Our wines were from Amici Cellars, one of a new model of California wineries, which don’t own any vineyards. Amici, founded by three friends, buys their grapes from growers – sometimes on long term agreements and other times taking advantage of short term surpluses.

Originally making wines for themselves and friends, the operation quickly grew to a collection of nine wines, both red and white, and production of about 40,000 cases a year. Winemaker Joel Aiken, a Napa legend and former winemaker at the famed Beaulieu Vineyards, joined Amici, bringing his years of experience to the wines.

The Napa Valley, narrow and compact (about 30 miles long and 5 miles at its widest point), is the top wine region in California. The valley is completely dedicated to growing grapes and making wine. Although many wines are made there, Cabernet is king. Oakville, Yountville, Stag’s Leap and Rutherford are some of the regions in Napa best known for Cabernet. Top Cabs can command prices in the hundreds of dollars per bottle.

Sonoma sprawls across twice the area of Napa and is not so exclusively devoted to wine. A diverse range of grape varieties are grown across its larger area and varied climates. Russian River Valley, Sonoma Coast, Alexander Valley, Knights Valley and Dry Creek Valley are some of the regional names you’ll see on labels. Cabernet, Zinfandel, Chardonnay and more are grown there, but some regions, like the Sonoma Coast and the Russian River Valley, are emerging as important Pinot Noir growing areas.

It’s common today to hear the comment, “Wine is made in the Vineyard.” In other words, the most significant factor in wine quality is to grow the grapes in the best soil, location, and climate for that variety. The winemaker then has the best possible raw material to make wine. The right grape in the right place.

The wines we had with dinner showed an easy to identify contrast of color, flavor, and power. Many of us chose the Pinot Noir to start. Made from Russian River Valley fruit, the wine had a transparent ruby color, clear enough to see the light sparkle through it. Pinot Noir, like so many grapes, takes on the personality of its region. California style was apparent with cherry and red fruit aromas and a refreshing finish. This would never be mistaken for a great French Burgundy, but it’s classic California: welcoming, drinkable, and delicious by the glass or with dinner.

The Cabernet – darker, more opaque – filled the glass with dark fruit aromas and engaged the tasters with complex flavors in dense layers. With our hearty dinner of Beef Bourguignon, the Cabernet was the preferred choice. I call it Cabernet, but in fact the wine was in the Bordeaux model, blending the typical grape varieties to make a wine with more complexity and nuance than just straight Cab. 85% was Cabernet with the balance a mix of Merlot, Cabernet Franc and Petit Verdot. The grapes came from across the valley: Rutherford, Atlas Peak, Coombsville, and Calistoga. Wine may be made in the vineyard, as they say, but this one is the result of an expert winemaker drawing quality grapes from multiple sources to craft an unmistakably Napa wine.

The wine was rich, intense, and packed with flavors. One taster described it as captivating – a wine that invites you to take another sip, consider its flavors, and see how it pairs with various foods. “What is this? I’d get it again,” she said. The reluctant red-wine tasters were won over by this complex Cabernet.

At a casual tasting where all the wines have appealing points, it’s helpful to see which bottle empties first. It shows an unspoken preference when there is no clear consensus. In our pair, the Cabernet bottle was empty while the Pinot Noir was still a third full. This was not a crowd to generate detailed tasting notes with aroma and flavor metaphors. None the less, there was lively discussion of the wines, insightful comments, and thoughtful pros and cons for both.

Look for both of these Amici wines at Total Wine on Main Ave.

A casual wine evening like this can be lots of fun and instructive, too. Get two or three bottles of wine with a common or contrasting theme. Gather some friends – six or eight seems to work – no experts needed. Drink the wine, eat some food, talk a lot and see which bottle empties first.

Next post From The Hour: The Jazz Age - Live at New York’s Iguana

Previous Article From The Hour: Another Independence Day