From the Hour: And Just Like That, It’s Autumn 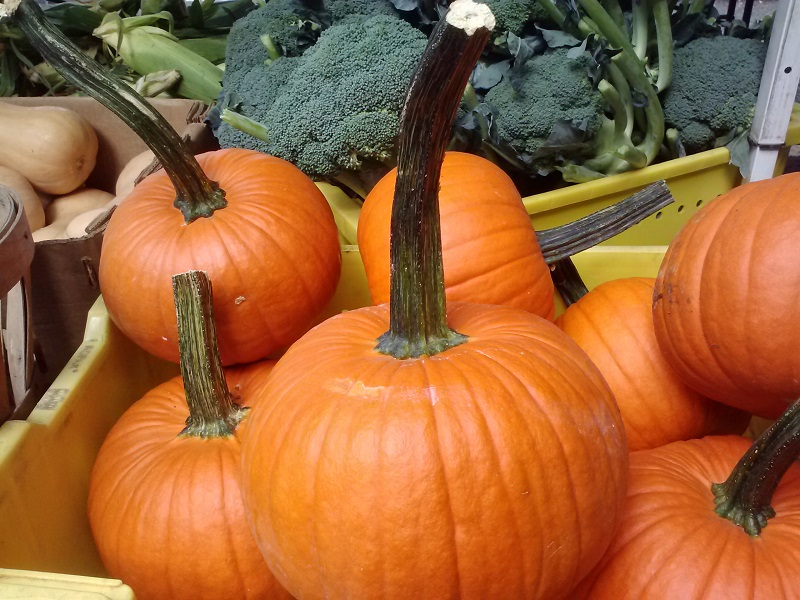 “And just like that, it’s Autumn” is what my daughter recently posted on Facebook. I looked up and realized the seasons had changed – seemingly overnight.

Yes, it was suddenly cooler with a brisk breeze, well beyond refreshing. Someone – as if on cue – had their fireplace going, sending fragrant wood smoke into the air.  We felt the urge to dig out some sweaters and warm pants and upped the thermostat setting.  But the change goes much further than that.

Farm stands and markets are overflowing with stone fruits, squash and pumpkins, while lettuce, berries and greens have all but disappeared.  Early variety apples in shades of red, pink and green fill baskets. Some summer vegetables are still stacked high, but cold weather will put a rapid end to that. I’ll get some corn and tomatoes for one more stab at grilling, but advancing evening darkness will soon render the grill out of season, too.

In our house, we put out walnuts, almonds and pecans in their shells for snacking, swap lemonade for fresh apple cider, and leave behind ice-cream for rich puddings and fall pies. Local restaurants are beginning to announce their fall menus, and I’m thinking about apple-braised pork shoulder and acorn squash with maple and butter – something not even considered in shorts weather. The weekly specials at Stew’s, are a “who’s who” for the season: apples, pumpkins, mums and cider.

Food magazines are colorful with the orange, deep greens and reds of pumpkins, winter squashes and apples, and filled with soup recipes and hearty braised dinner ideas. Things that wouldn’t have been on the radar screen before Labor Day now make perfect sense. It’s easy to get excited about heartier fare in long sleeves.

Baking returns to the cooking lineup. The fear of overheating the kitchen with a hot oven is replaced by a longing for the flavors and aromas of baking bread, apple and pumpkin pie as well as mulling spice – that mouthwatering magical combination of cinnamon, clove, nutmeg and allspice.  Cookies enter the kitchen vocabulary, too. There’s already been a batch of Grandma Maritz’s Oatmeal cookies in our house, a cookie so hearty and “healthy” it is also known (to the younger set visiting Grandma’s house) as a breakfast cookie.  For the family recipe of these beloved cookies, visit www.FranksFeast.com.

Pumpkin beers fill the shelves with seasonal brews. These uniquely American and very popular beers cover a broad range of styles and levels of pumpkin flavor. Try Roadsmary’s Baby from Two Roads brewing in Stratford or the Post Road Pumpkin from Brooklyn Brewing. Oktoberfest beers are another sign of the season.  Try Ayinger Oktoberfest-Märzen  or Paulaner for the real thing from Germany, or Oktoberfest from Sam Adams for an American version.

Red wines, set aside for the summer in favor of crisp, refreshing whites, become interesting again, not necessarily the heavy duty, big reds, but lighter appealing wines like Beaujolais, Grenâche blends from the South of France, and Pinot Noir from around the world.

Leaves are scattered across the greening grass and rakes are replacing beach toys in front of the hardware stores.  Sheaves of wheat, Indian corn and bales of hay are stacked at the garden centers. Soon carved pumpkins will perch on front steps (Halloween candy is already loaded on the shelves), and it seems like Thanksgiving is just a few weeks after that.  But for now, I’m enjoying the changing season, looking forward to cooler weather but secretly hoping for a few more warm days for fish and chips at Ripka’s Beach Cafe, ice cream at Sweet Ashley’s, open windows on the marina at Harbor Lights or lobsters on the deck at Sono Seaport.

The truth is, I’m ready for the change. Yes, I reveled in the fruit and vegetable bounty of summer; enjoyed eating many of my meals outdoors; and was refreshed by a gin and tonic or a crisp white wine. But (thankfully) we do not live in the land of endless summer, and the turn to fall is a delightful milestone in the New England calendar.