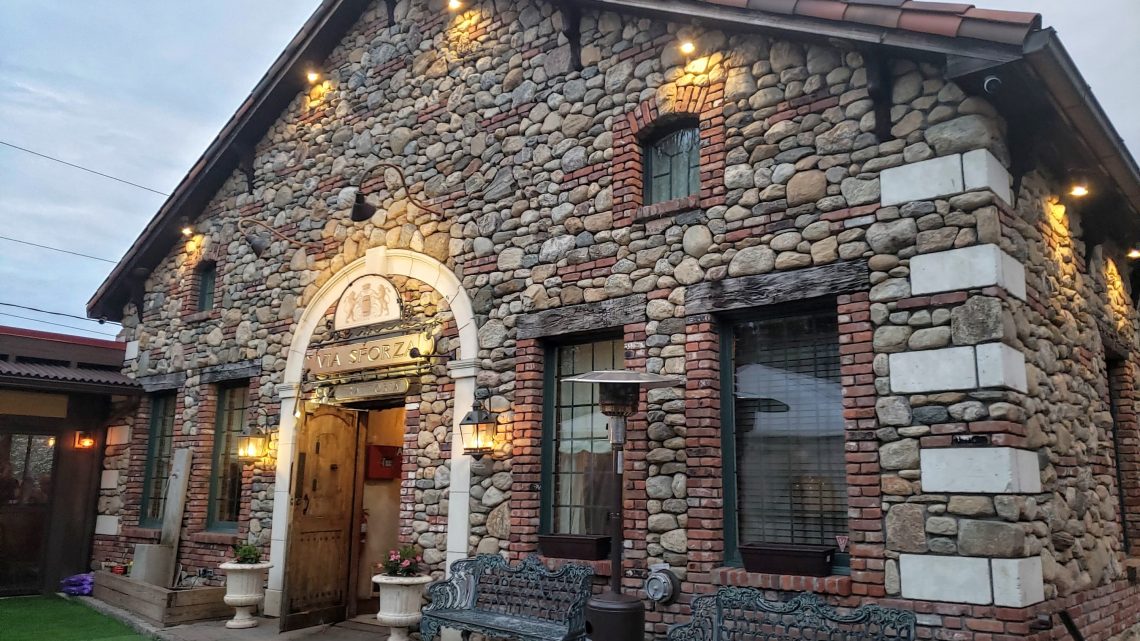 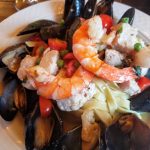 Thirty years is a long time for any business, but in the risky restaurant business – where years count for more (like dog years) – it’s an impressive stretch of time.  To last that long, the restaurant has to be exceptional, consistent, and beloved by customers across generations.

Via Sforza Trattoria in Westport is one rare restaurant that has evolved and succeeded for thirty years. Family-run with an emphasis on quality and community, it’s celebrating the three decade mark this year.

“We’re a destination for authentic Italian food,” owner Gianni Rizzi told me.  As we chatted in the airy enclosed dining patio, uniformed kitchen staff were unloading a truckload from a shopping trip to the New York wholesale markets that morning. “We’re picky about some things,” he shared, “and like to choose our own produce, cheese and fish.”

Rizzi, low key with a charming smile and a soothing voice, explained the restaurant’s long-term success.  “You have to appreciate your people,” he said.  As he went on, I realized he was talking about all the people: staff, customers, suppliers, as well as the larger community. He kept returning to this idea as we talked. 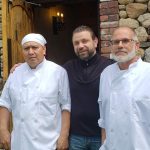 On a recent Saturday night at dinner, Marsha and I marveled at the plentiful service staff: friendly, helpful, professional and eager to please.  “At the beginning, it was just family,” Sforza said. Now, when he hires, Sforza looks for people who will maintain that family atmosphere and “work for the customers.”

Chef Chris Malagise has been with the restaurant since it opened. He’s thinking about easing back and has been bringing along George Campoverde to take over.  You can see them working shoulder to shoulder in the open kitchen. They’ve been a team for twenty-five years, a span of longevity unheard of in the restaurant business.

The extensive menu goes well beyond the usual Italian restaurant offerings. The focus is on the cuisine of Puglia and the Sforza home-city of Bari located just up from the heel of the boot on the Adriatic coast. Lots of seafood in addition to house-made pasta, seldom-seen veal, pizza from the wood-fired oven, and a long list of daily specials make choosing a challenge. 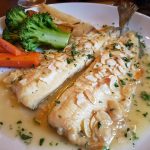 Marsha’s butterflied trout ($33) was generously dusted with toasted almonds and bathed in a light lemon-herb sauce.  The pasta del giorno included shrimp, mussels, and swordfish ($27) tossed with fresh fettuccine, peas, fresh tomato, basil and garlic.  Rustic round loaves and focaccia for the bread basket are baked daily in the brick oven.

Wines by the glass include well-chosen regional Italian varieties, each authentic, true to type and fairly-priced.

As the restaurant filled that evening, the customers seemed familiar and comfortable with the surroundings. Groups of four, six, and even a birthday party of twelve all settled in for a relaxing meal. In the meantime, a steady flow of takeout customers picked up dinner-to-go. 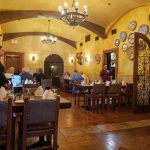 Dino and Maria Sforza (Gianni’s uncle and aunt) started Via Sforza in Norwalk as a mom and pop pizza restaurant.  After thirteen years they built the unique stone trattoria at 243 Post Road West in Westport.  It must be the most distinctive building in the town, and that’s saying something.   Dino designed the building with its stone exterior, barrel vaulted ceilings, ocher walls, and scrolling ironwork. It could easily be in an Italian village.

Rizzi began his restaurant career at 13 in the European apprentice tradition.  Working across Italy, he moved up the professional ladder to top jobs in fine restaurants and hotels.  His leadership style is collegial and collaborative, but make no mistake! He knows every job from top to bottom. 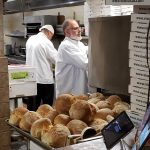 As he talked about Via Sforza, Rizzi kept returning to the same themes: a focus on customers, staff, and quality; being a good neighbor to the community; appreciating people; and fairness. It’s easy to see how the restaurant has thrived through two generations.

In the next ten years dozens of restaurants will come and go in Westport following a trend, filling a need, or realizing a dream.  But in 2032 I’ll bet the Via Sforza family will be celebrating their 40th. 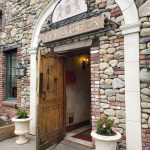 Next post From Sunday Arts and Style: Dinner with jazz at local restaurants

Previous Article From Sunday Arts and Style: Old and new contrast in the Hudson Valley