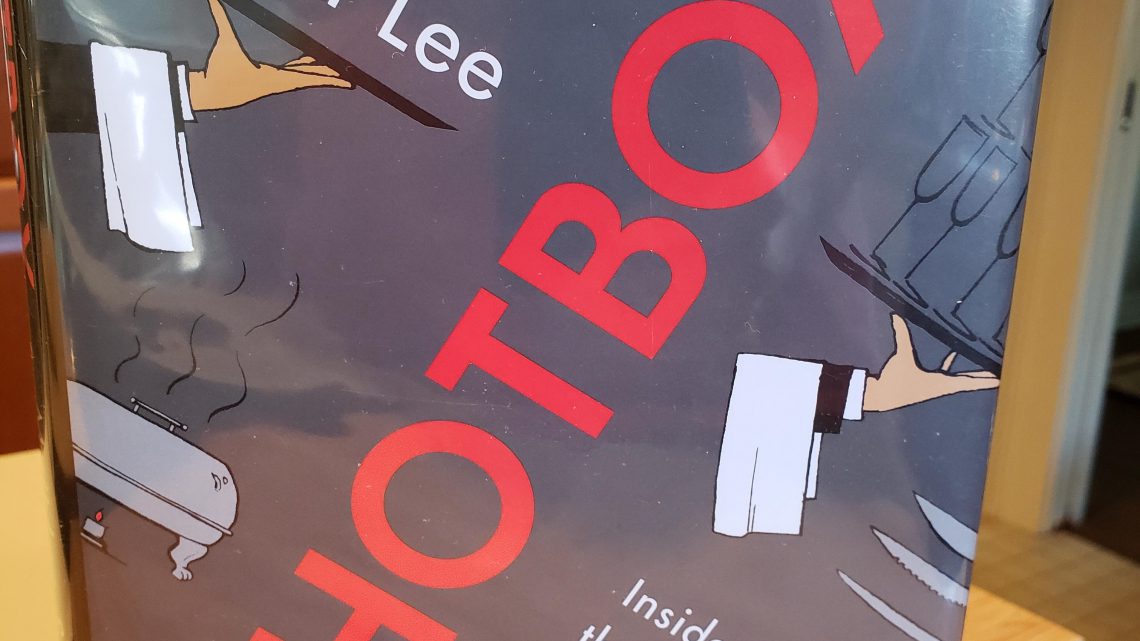 I get a kick out of learning what goes on behind the scenes in everyday situations. Books that pull back the curtain in almost any field while telling a good story are often on my nightstand.  They give insight into how things get done and why they happen. 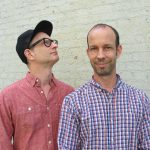 In the case of Hotbox by Matt Lee and Ted Lee, the peek is behind the pipe and drape of high-stakes catering.  It’s a look into the risky business of serving hundreds or even thousands of restaurant-quality meals without apparent effort in unique settings.

Working as KAs (kitchen assistants), the Lee brothers take us behind the scenes at top New York catering firms.  The story of this close-knit and clubby world of owners, chefs, suppliers, and customers is packed with outsized personalities and intense situations that make the book a real page turner.

Have you been to a big-time charity fundraiser, destination wedding, or themed event?  Perhaps it was an occasion held at someone’s home, a rented mansion, country barn, or almost anywhere but in a restaurant. If so, it was undoubtedly a catered event.  With Matt and Ted as guides, you’ll learn the caterer’s magic.

They dig deep into the sophisticated cuisine produced in primitive cooking conditions and the never-say-no improvisational cooks who make it all happen. 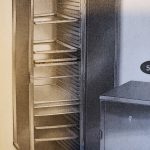 A catalog illustration of a hot box

The hotbox, honored in the title of the book, is the caterer’s basic tool of food storage, cooking, cooling, and holding the food to be served.  In experienced hands, this seemingly simple cabinet can function as cupboard, oven, refrigerator, or warmer and do it anywhere.

Labeled in the foodservice equipment catalogs as a proofer, the hot box is a simple aluminum box about six feet tall with guides inside that will hold a standard 18 by 24 inch sheet pan. It rolls on four castors and has a door that can be latched tight.

Between the caterer’s prep kitchen and the party site, the proofer is packed with prepped and partially cooked food — the building blocks of the day’s menu — and loaded onto trucks.

At the site, a few lit cans of sterno turn the hot box into a warmer. Even more sterno cans will raise the temperature to finish cooking the previously browned lamb chops or seared salmon.  Slide in a few sheet pans loaded with ice and it will keep the salad crisp and the desserts chilled until time for service.

It takes a considerable amount of experience to gauge the temperature and judge the cooking time so that the food is ready and perfect when service is scheduled, a schedule that can be extended by long winded toasts or rushed by rain showers that abbreviate the outdoor cocktail hour.  These cooks walk a tightrope.

I wouldn’t blame you if you thought this all a little foodservice geeky, but the Lees are good storytellers who bring this little-explored corner of the foodservice world to life. They are the authors of several bestselling James Beard award-winning cookbooks focusing on southern food and have written for the popular food and travel monthlies as well as the New York Times Magazine. Frankly, I couldn’t put it down. 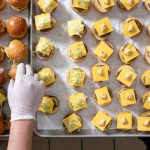 Chapter one starts off with Matt Lee’s struggle to produce hors d’oeuvres for 760 guests at New York’s Park Avenue Armory.  The cramped, undersized “kitchen” is set up in a corner of the vast hall, behind a screen of rented pipes and drapes that conceal the frantic activity of dinner preparations from the elegant guests.

Ted (the brothers take turns with the chapters) describes a dinner for 465 priced at about $2,000 per person, a one-of-a-kind event to be served in a darkened room by servers in black body suits. Over the top?  I guess so!

The final chapter details an annual party in the Hamptons filled with boldface names. You’ll have to read the book to get the skinny.  It’s worth it, I promise.

Along the way, the Lees introduce the important figures in the New York catering scene, which is only a few generations old.  We also get to meet the creative chefs who design the menus and the hard-working cooks who execute the plan.

A tour inside the warehouse of the largest catering rental company on the east coast is not to be missed if, like me, you relish being an insider.

The brothers don’t mince words. They share some pretty sketchy food preparation hacks and more than a few war stories, but in the end, the customer is happy and what goes on behind the pipe and drape stays there. Until now.

Next post From The Norwalk Hour: A Tasty Tour of Culinary Copenhagen

Previous Article From The Norwalk Hour: Go on a Wine Adventure