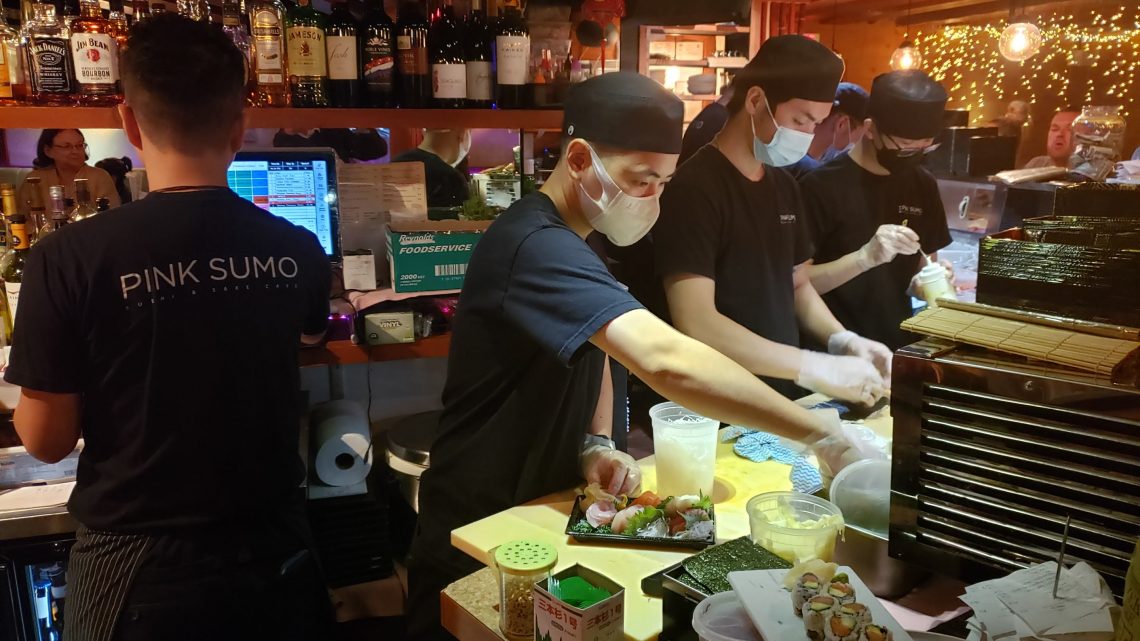 The long narrow space at Pink Sumo Sushi and Sake Cafe in Westport was bustling on a recent Thursday evening.  Behind the bar a clutch of chefs stood shoulder to shoulder slicing and dicing pristine fish under the watchful eyes of a band of boisterous regulars.

The cuisine of the island nation of Japan has spread around the world. Intricate presentations of flavorful seafood, subtly sauced and beautifully displayed have captured global taste buds.  But somehow Marsha and I missed the boat. We knew the flavors attracted ardent followers and the chefs’ skills reached the highest levels, but we never understood how and what to order.

Yes, we do patronize Little Tokyo on New Canaan Avenue in Norwalk, our local and authentic Japanese restaurant. But our ordering has been limited to the ready-made choices of a bento box and maybe some dumplings. That’s it.

Our friends Richard and Ina volunteered to be our sushi and sashimi sensei, guiding us through the menu at Pink Sumo, their favorite and regular stop for Japanese food. 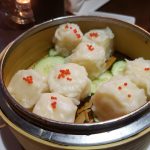 Richard explained that sashimi was simply slices of perfectly-fresh top-quality fish. Sushi, on the other hand is fish with rice – slices draped over rice or rolled into bite-size pinwheels of flavor. Both are served with soy sauce, wasabi and pickled ginger.

There’s more to it than that at Pink Sumo, where traditional Japanese cuisine has been expanded and slightly westernized for new flavor combinations.

We started with a round of appetizers.  Ina showed us how to pop the edamame ($7) from their salty shells, a sticky fingered but rewarding process.  Delicious rock shrimp ($14) were lightly battered and fried tempura-style and dressed with a dollop of honey-coconut sauce.  The soft center of crispy fried tofu cubes ($9) reminded me of Buratta cheese.  Creamy steamed shrimp shumai ($13) dotted with caviar were firm but tender dumplings. 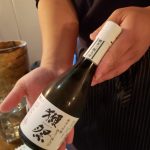 Sumo Tapas, a delicious cultural mash-up if ever there was one, included cubes of tuna and salmon on a crispy scallion pancake that closely resembled the flat bread that seems to be adopted on menus regardless of nationality.  Honey wasabi, spicy mayo and eel sauce were squiggled across the top. In truth, we could have called it quits after that round, but we didn’t.

Sake, Japanese rice wine, is the traditional drink.  Some are served warm, others chilled and still more have infused flavors.  Refreshing and light, sake is an ideal foil to the fish.

The Sumo Boat for two ($90) was more than enough for the four of us – including 20 pieces of sashimi, 12 sushi, and 2 rolls from their Sumo signature rolls menu.  After some discussion with our Japanese server, Richard chose the types of fish to be included and arranged for two hand rolls. 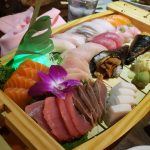 The boat sailed to the table decorated like a float in a parade. It was an education in the color, texture and flavor of fish. At the bow, sliced sashimi snuggled under a purple flower. Three types of tuna (toro, white, and bonito), salmon and amberjack made a colorful arrangement.  Each one had a distinctive flavor and texture.  Richard liked his unadorned, but I enjoyed the classic soy, wasabi and ginger dip.

On the starboard side were two each of eight sushi, beautifully cut and draped over rice, including tuna, salmon, fluke, fatty tuna, yellowtail, mackerel and more – each of them unique. The mild and silky fluke was a marked contrast to the sturdier and more strongly flavored mackerel. Richard oohed and aahed over the fatty tuna.  Marsha favored the salmon. We all had a chance to sample across the offerings. 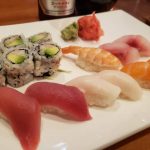 On the port side, the spicy salmon and the tofu skin avocado rolls lay side by side, waiting to be picked up and eaten like ice cream cones.

Overfed but much more knowledgeable, Marsha and I were ready to head back to Little Tokyo and explore their menu. We knew to include shumai and dumplings in our bento box ($21.50) and thanks to our sensei, eagerly ordered the colorful nine piece sushi platter ($21.50).  Frank Whitman can be reached at NotBreadAloneFW@gmail.com. 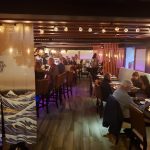 Next post From Sunday Arts and Style: No ordinary cooks at the American Bounty restaurant

Previous Article From Sunday Arts and Style: Restaurant wine dinners are back