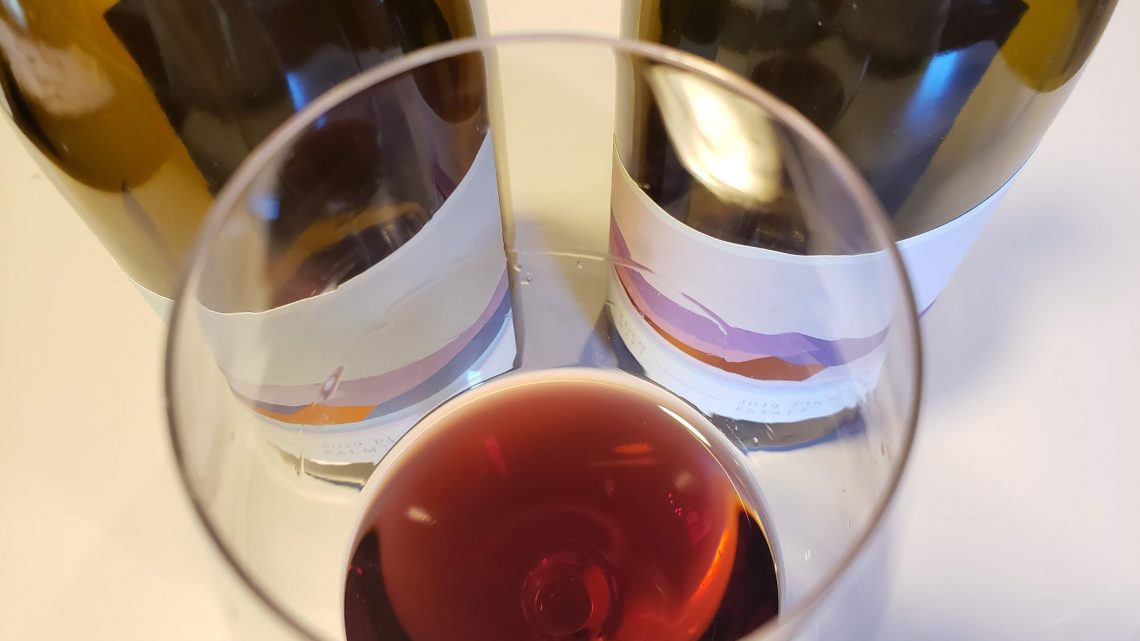 As a young man, Josh Jensen fell hard for the elegant and sophisticated wines of Burgundy. After spending time studying winemaking in France, he returned to California and began a two-year search for an equivalent limestone-rich topography and moderate climate.

At its essence, wine is an agricultural product.  In California, pioneering winemakers scoured the state at the beginning of the wine boom, looking for just the right place to realize their winemaking vision. Established locations like Napa were still expanding and developing, but the search was on for new areas. 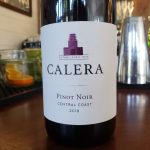 When you get into wine, sooner or later you come to red Burgundy. The pinot noir based wines are considered the greatest in the world. Made in a small carefully defined region along the Saône river the wines command devotion and astronomical prices. The French have spent centuries refining the vineyard sites, grape clones, and winemaking techniques to make these great wines. Winemakers in the new world have had just a few decades to try their hand at duplicating that quality, searching for vineyard sites and refining their winemaking style.

After a statewide search, Jensen found his ideal vineyard site in the Gabilan Mountains in what is now the Central Coast wine region.  There in 1974 he established the Calera Wine Company in a location so remote that it had no electricity.  Once established, he produced award-winning Pinot Noir that rewarded his belief in the site.

Jensen died last month, leaving a legacy of fine wine as well as the founding of a new wine region.  His remarkable wines spanned the arc of our wine lives: early in my restaurant career and again last month at our anniversary celebration.

Vineyards on the valley floor and rolling hillsides spanning the San Andreas fault were first planted in 1849 by Theophile Vache, before California was a state.  Now re-planted with Pinot Noir and Chardonnay, they continue the wine legacy of both Vache and Jensen.

Pinot Noir is the flagship wine at Eden Rift. The estate bottling comes from younger vines at lower elevations. Three upland single vineyard wines are site and clone specific.  All have been praised by the critics and wine press. 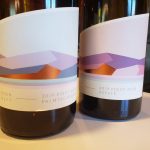 With our neighbors, Gregg and Victoria, we were able to compare two Pinots on a lovely summer evening. We enjoyed both with a menu of grilled steak and asparagus, baked potatoes and roasted beet salad.  There was lively discussion of similarities and differences between the 2019 Estate Pinot Noir and the 2019 Palmtag Block single vineyard.

At a recent tasting, Burgundy enthusiast Jim Winston explained that Burgundy should be so translucent that “you can read the menu through it.”  Don’t be alarmed though. Color does not equal flavor.  Pale Burgundies are still at the top of the wine world. 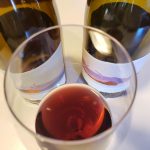 I had a good feeling when the Eden Rift wines poured with that classic Burgundy clarity, sharing a transparent garnet color.  The Palmtag might have been just a little darker.

The Estate wine was bright and friendly with cherry aromas while the Palmtag was more mysterious and reserved with subdued plum aromas. Either was delightful.

A snappy, refreshing acidity in the Estate wine washed down the steak with ease.  The darker and more layered flavors of the Palmtag were equally delicious but invited more contemplation.

Tasting the wines at a meal over an hour or so was the right way to do it. Each wine paired with the menu in a slightly different way, highlighting its character.  As time passed, the wines themselves changed, developing new aromas and flavors. That’s a real-world experience, different from a sip and evaluate tasting. 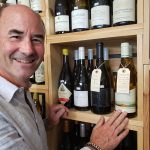 The Estate Pinot Noir ($50) is available at Wineport of Darien and 99 Bottles in Westport. The Estate Chardonnay ($55) is carried by Justin Miller at CraftBottlz in New Canaan.  Almost any store could order the wine. Single vineyard wines including the Palmtag ($78) can be ordered directly from Eden Rift.

These wines might be a little pricey for every day, but they can make a special meal even more memorable.

There’s also, for me, a sense of adventure in exploring a new wine region. Like any quest, there’s a chance of discovering a pot (or a delicious bottle) at the end of the rainbow.

Next post From Sunday Arts and Style: Mexican food goes upscale and sophisticated

Previous Article From Sunday Arts and Style: Is this the best restaurant in Connecticut?