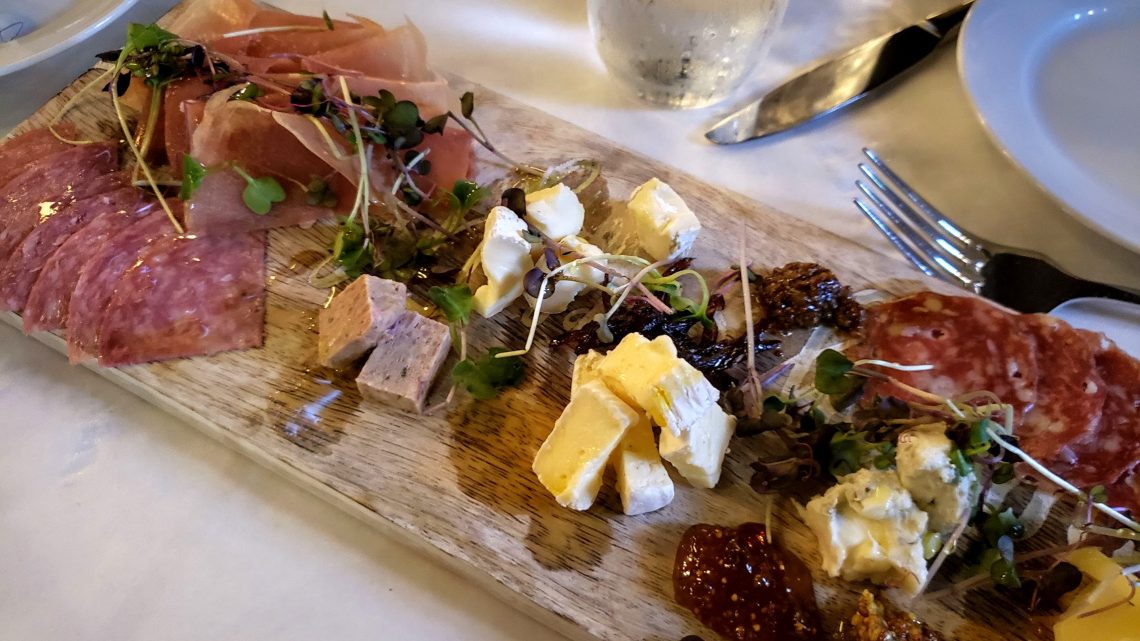 Scattered across Fairfield County, there are concentrations of restaurants that are dining destinations: Bedford Street in Stamford, Black Rock in Bridgeport, and SoNo in Norwalk among others.  These enclaves of good eats thrive on both a foundation of well-established favorites and a constant flow of new eateries.

Despite the enormous risk and staggeringly high rate of failure, there is always someone who wants to give the restaurant biz a try.  Even as we might be returning to a new normal, concepts that have been planning and building during the past months are coming on line. 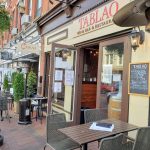 Well-funded or shoestring, experienced or first-timers, slickly-marketed or homespun, it’s hard to tell which ones will survive.

On a recent stroll along Washington Street in South Norwalk, I could see evidence of ongoing restaurant innovation.  The old timers — Washington Prime, Match, Tablao, Public and of course Donovan’s — all seemed to be thriving.  There were a few storefronts for rent (casualties of Covid, I’ll bet),  but there were signs of renewal too.

After spotting their sign over the summer, I’ve been watching for the opening of Appétit Bistro at 136 Washington St (between Donovan’s and the Saltwater).  A new French restaurant always catches my eye. 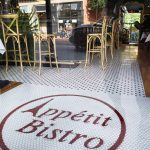 The second location of a well-established Portchester restaurant, it offers “Modern French Cuisine.”

The Plateau de Fermier ($11) for the table was a beautifully presented board of cured meats, cheeses and house-made pâtés.  “This is all I need for dinner,” one of our party said.

A salad of sliced red and golden beets ($13) under a crown of tossed greens accompanied by crispy goat cheese fritters was a delicious starter. 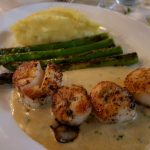 Butter is a constant in French cooking. The lemon sole ($29) came with caper brown-butter sauce. Sea scallops ($29) were adrift on a pool of flavorful sage beurre blanc.

Classic desserts like crêpes with Nutella and strawberries or the always-popular crème brûlée round out a satisfying dinner.

When I walked by 112 Washington Street, the staff of the Taco House was planning its grand opening. Founded on the belief that, “tacos and tequila are the key to happiness,” Taco House is following the Tex-Mex path to Nirvana. You may not reach that exalted state, but the journey will be a pleasure. 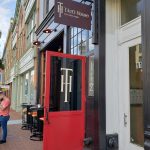 Tacos, ranging from $4 to $6 include prime rib, chorizo, mahi mahi, beef birria and street-style.  I’d go for an assortment.

Appealing starters range from chicken tortilla soup ($6) to deluxe nachos ($12) dressed with beef, cheddar, sour cream and guac. The bartenders mix up sophisticated, house-specialty tequila or mezcal cocktails ($12 to $14) from the bar menu.

Spacecat is an ambitious new brewery in SoNo.  In a repurposed industrial building (as breweries often are), it’s off-the-beaten-path at 57 Chestnut Street, south of the train station. Only open for a few weeks, owner James Bloom is still bringing the operation on line, one step at a time. 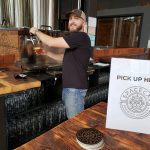 The gleaming brewery is fully operational with eight beers on tap.  The handsome high-ceilinged bar and taproom are ready for a hundred or so thirsty tasters.  An outdoor dog-friendly area hugs the side of the building.

Spacecat is open Friday and Saturday 2 to 10 and Sunday noon to 6.  Food trucks, including Knot Norm’s and Taco & Tequila, come on a rotating schedule

On a recent visit, I tasted their Märzen-style Harvest Moon.  It’s a classic malty Oktoberfest brew — warm, friendly and satisfying. The well-described beer menu includes the current selections on tap.  Crowler cans (32 oz) are available for take home.  By mid-November their canning line should be up and running with 16 oz. four-packs to go. 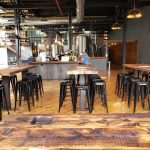 Previous Article From Sunday Arts and Leisure: California wine, off the beaten path