From The Hour: Back to School for Cheese 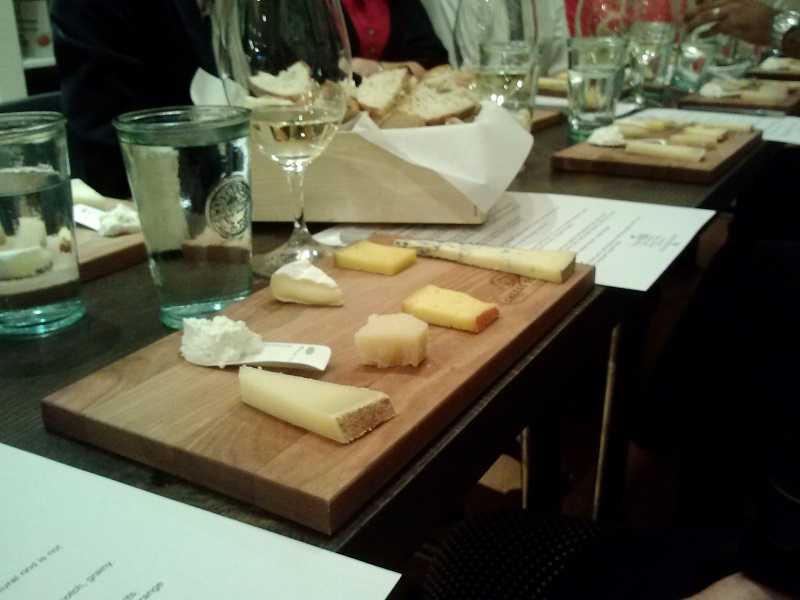 Cheese is a favorite of mine. Hardly a day passes without a smear topping a cracker, a slice in a sandwich, a bite with some fruit, or a handful shredded and bubbling atop a main course. With that in mind, I signed up to take Cheese 101 at the Fairfield Cheese Company. After all, it’s better to be informed than to blindly blunder through the cheese case. 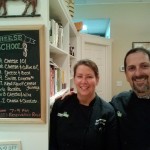 Laura Downey and Chris Palumbo are partner-cheesemongers in The Fairfield Cheese Co and Certified Cheese Professionals, the only ones in Connecticut.  Their shop, with the heavenly and compelling aroma of great cheese, is a haven for cheese lovers. The extensive collection of artisanal cheese has all the European classics but emphasizes American-made cheeses from the burgeoning domestic farmstead cheese community. The staff is always ready to discuss, explain, and suggest. Tasting before buying is expected.

Together, they have formed the Cheese School of Connecticut to share their passion and knowledge of artisan cheese. Their enthusiasm for small batch, handmade, straight from the farm cheese – both traditional and innovative – is almost evangelical.   They love it and want the rest of us to get in on the fun.

Laura and Chris tag-teamed the Tuesday evening two-hour introductory Cheese 101 course. A long table was set with seven cheeses on a board 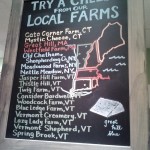 for each student, along with water, wine, bread and crackers. Our fellow students included couples and groups of friends. Some of the fifteen of us had wide travel and tasting experience and others were new to fine cheese.

But before we could taste, our teachers took turns outlining a brief history of cheesemaking from ancient times to the present. Cheese, an ancient food, came to New England as cheddar with the Pilgrims and was made on almost every self-sufficient farm up to the early 20th century.  Laura explained how Cheesemaking (like so much food production) became industrialized after WWII and has just recently begun returning to the hands of small, quality-minded farmstead producers.

For artisanal cheese the source of the milk is all important: cow, sheep, goat; climate, season, food source; all have an impact on the cheese. Some vary in flavor with the seasons and some are only available part of the year.

Chris gave some tips on tasting techniques and we were on our way. 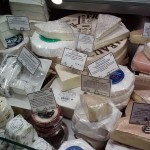 The tasting covered the seven styles of cheese:  Fresh, Bloomy, Semi-soft, Firm, Hard, Washed and Blue, universal categories used in the trade. Each classification was discussed and a representative cheese tasted.  Laura presented the cheese. Chris added commentary, poured the wine and kept Laura’s enthusiasm in synch with the available time.

Our Fresh cheese was a tangy and creamy Liuzzi Angeloni cow’s milk ricotta from West Haven, a cheese best eaten right away with a very short shelf live.  Try it on fresh fruit or crusty toast.  Other Fresh cheeses include goat cheese (Chevre), fresh mozzarella and feta.

Next were the Bloomy cheeses, including the always popular Brie and Camembert. They have a soft white powdery edible rind that is naturally formed by the cheese as it matures. Laura discussed ripeness in this category as Chris held up an example. The cheese should be soft but not runny, fragrant, and show some golden brown highlights on the surface. Peak ripeness is a matter of opinion, but there is a range when the cheese is most flavorful and enjoyable. Our example was Tomme Baudoise, a cow’s milk cheese from Switzerland.

Pliable but not runny cheeses are called Semi-soft. They’re good for melting and include such favorites as Fontina, Morbier and Tomme de Savoie. We tasted Appalachian from Meadow Creek Dairy in Virginia made from grass-fed cows milk only in the grazing months. It was distinctive with a grassy, slightly tangy and earthy flavor.

Firm cheeses, usually made from cow’s milk, are dense but not crumbly – cheddar, Gruyère, and Manchego for instance.  Verano from the Vermont Shepherd dairy was nutty and a bit sharp with a long finish.

Parmigiano-Reggiano is the best known of the Hard cheeses. Aged for two years, the cheese has a dry, crumbly texture and sharp flavors. Fairfield’s supplier, Giorgio Prevaro, buys the fresh cheese from the dairy and ages it in his own caves to perfect maturity.

Pungent, aromatic and stinky describe Washed cheeses. During aging the rind is washed with brine, beer, booze or wine to flavor the cheese and encourage the bacteria to work their magic. These cheeses may be an acquired taste, but their fans are ardent.  Grayson, also from Meadow Creek, was a medium example with a rich mouthfeel and a deliciously funky character.

Blue cheeses stand alone with their salty flavor, creamy texture and streaks of blue mold running through them. Roquefort, Stilton and Gorgonzola are the best known. Our Big Blue from the Plymouth Artisan Cheese Co in Vermont was sweet and salty with traditional blue cheese flavor and a mild enjoyable acidity level.

Chris poured Mont Gravet, Côtes de Gascogne white from the Colombard grape with the first three choices. As the cheeses became firmer and more robust, he switched to, Château Cadenette a red blend of 80% Syrah and 20% Grenâche from the south of France. Both wines are available next door at Harry’s Wines. Blue cheeses are good with sweet wines like late harvest whites or port.

Lively questions and discussion throughout the evening kept things casual and conversational – no lectures here.  The class was enthusiastic about every cheese tasted and eagerly took advantage of the 10% discount that evening.

Other courses at the Cheese School include pairing cheese with olive oil, wine beer or chocolate; cheese from the famous Neal’s Yard Dairy in London; and Swiss Dinner.  I’d like to take them all!

Previous Article From The Hour: On the Trail of Local Wine