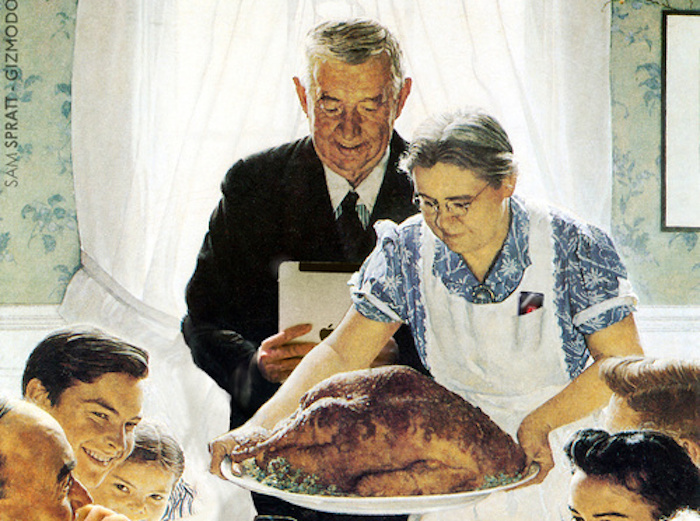 A few years back, I wrote in this column imploring food writers and editors to be less creative with Thanksgiving food. At the time, the glossy food industry felt the need to be radically innovative every year, going further afield with their Thanksgiving menus at the expense of the tried and true.

Under the banner of, “Don’t mess with my Thanksgiving,” I suggested that at this most traditional and food-centered occasion, the old favorites carried the day.  Magazine editors, in particular, were implored to lay off their more creative impulses. It seemed to me that no one really wanted “sautéed brussels sprout slaw with sweet pepper and fennel, or chili-maple dry-brined turkey, or pomegranate-mint relish.”

I’m happy to report that the food world seems to be responding to my plea. 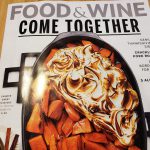 In the November 2018 Food and Wine magazine, hip young chef Kristen Kish is featured as she prepares a family Thanksgiving at her new restaurant, Arlo Gray, in Austin Texas. Jordana Rothman writes that to honor Kish’s family Thanksgiving staples, she is, “mashing up multiple traditions with a few of her own flourishes thrown in.”

That seems to be the theme across the board this year. Yes, there has to be innovation, but it’s based on the time-honored classics. Mostly the dishes being discussed are recognizable from Thanksgivings past, but are sometimes updated: cranberry chutney with the addition of fennel pollen; green beans charred instead of steamed; and turkey with a dry rub. 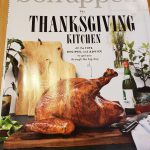 Bon Appetit magazine hewed pretty close to the traditional line in their November Thanksgiving Kitchen issue.  Although they did go a little too far afield with a butternut squash tart tatin, most of their recipes were slight tweaks on old favorites. Sweet potatoes with harissa (no marshmallows), parsnip confit, stir fry brussels sprouts, and cornbread stuffing are all within the tent for me.

Bon Appetit went on to coach its readers in traditional gravy making, variations of cranberry sauce, and no-fail mashed potatoes along with a timeline for getting it all on the table. All helpful for a successful classic Thanksgiving dinner. 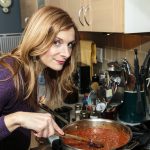 Melissa Clark, the much praised New York Times food writer, is hosting Thanksgiving at her house this year for the first time, a generational transition that often happens.  Her menu is traditional, turkey, stuffing, and potatoes, but tweaked up as it would be if you had her job – roast turkey with garlic and anchovies, brioche chestnut stuffing, and roasted duck-fat potatoes.

Casseroles, those staples of the Thanksgiving sideboard, were touted for their make-ahead ease and old-time flavors in the November Southern Living.  In an article headlined “Old Faithfuls” they went to some of the South’s best bakers for pumpkin, apple, and pecan pie recipes. You can’t get more traditional than that.

I was delighted to see an article in the New York Times titled The Rise and Fall of Turkey Brining by Kim Severson. I’ve never brined a turkey, holding that if turkeys were meant to be soaked in salty water, they would have been shore birds.  She, along with lots of her fellow food writers, recants from the gospel of brining, saying, “perhaps it’s time to simplify.” 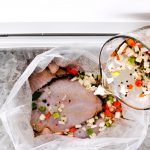 The complicated business of turkey brining

Roast turkey will never be as juicy as a well-marbled steak. It just won’t. The texture of turkey is what it is, and I like it. If not overcooked, it’s just fine – the lean white meat with a little texture on the tongue, and the dark more rich and moist. I follow the directions on the label and take it out of the oven when the little thing pops up. No need to be too fancy.

Don’t get me wrong, I’m not against evolution on the Thanksgiving table.  Just don’t go off the rails. New family members may bring their own favorites. Friends from other cultures or places may make valuable contributions. If the platters are clean and recipes are exchanged, then these are candidates for future inclusion in the Thanksgiving canon.

This year, we’re having turkey – fresh, but not heirloom – with herb stuffing, Marsha’s gravy, and ginger-cranberry sauce. The vegetables will be buttery mashed potatoes, sweet potato soufflé (yes, with the marshmallows), and winter vegetable sauté (a tradition with us).  The dinner rolls will be homemade (if there’s time) and pumpkin pie with whipped cream for sure. A gelatin salad will be on the table for old time’s sake. They’re making a comeback too. I’m getting hungry just thinking about it.

No matter if your Thanksgiving menu is traditional or nouveau, what really counts is the gathering and celebration around the table. Happy Thanksgiving! 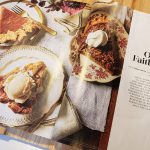 Next post From The Norwalk Hour: Head to a restaurant with a good whiskey bar