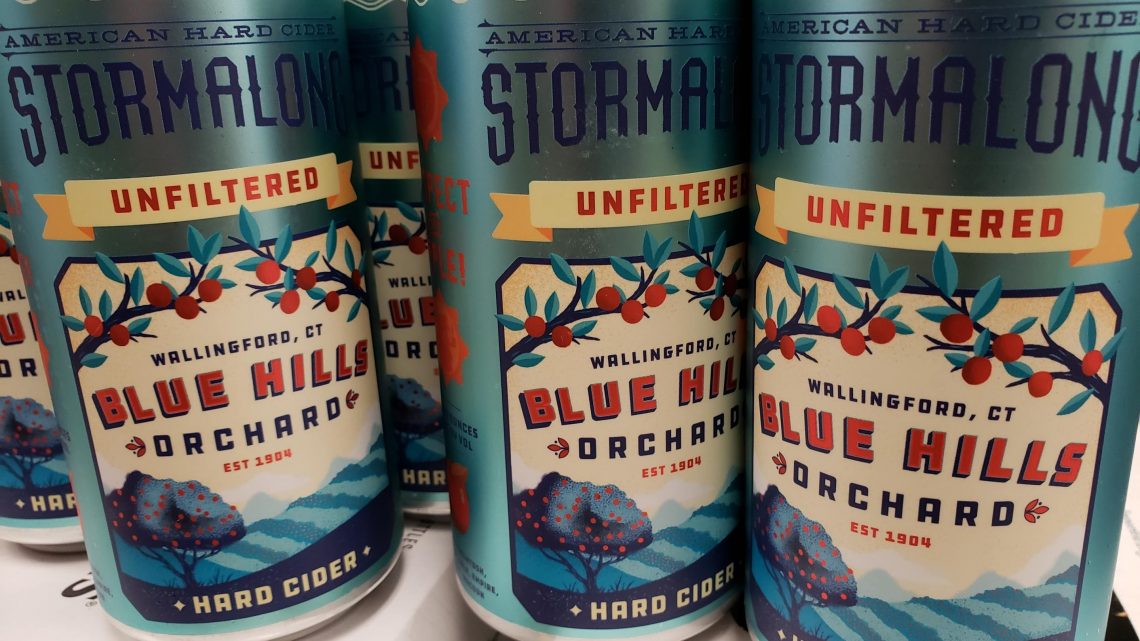 Wine, beer, and cider are three drink options which deserve equal billing across the board.

I’m not worried about wine and beer. They’re well established with avid audiences — me included. But hard cider is entitled to just as much of our attention and interest.

It’s definitely a grownup beverage whether sweet or dry, simple or complex, small producer, or national 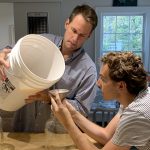 Jim Himes and Will Haskell working on a batch of cider

brand.  Increasingly, you see cider by the bottle or can, on tap in restaurants, and offered at the tasting rooms where it’s made.

Like wine and beer, you can even make it at home, and it’s by far the easiest of the three. I’ve fermented a few batches for the pride of making my own to carry on the New England farm tradition and to better understand the process. And I get to drink it too. No down-side here.

Our Congressman, Jim Himes, is a home fermenter.  He told me, “It’s really pretty simple. Get some unpasteurized fresh-pressed cider, add some yeast, and let it go to work.”  It’s not quite that easy, but almost. 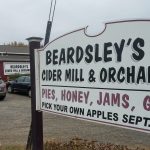 And he’s right about unpasteurized cider for the starting point.  Natural unpasteurized cider, just as it comes out of the press, is the best for fermenting. Beardsley’s Orchard in Shelton is where I get mine.  They post the day’s mix of apples on a chalkboard.

Last year, I fermented two batches. The first was Beardsly’s sweet, drinking cider, a blend of Gala, Empire, Macoun apples.  A few weeks later they offered a special heirloom blend for hard cider makers with more varieties, including a few old-fashioned types that are too tart to eat.  I couldn’t resist trying the mix of 40% Winesap, 25% McIntosh, 20% Granny Smith, and 10% Winter Banana apples plus a couple bushels of quince, all grown 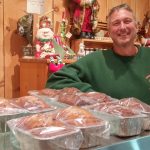 in Shelton. This year the unpasteurized hard cider blend will be available on Sunday, November 10.

Mr. Himes told me he started this year’s batch with State Senator Will Haskell of Wilton a few weeks back. When he left for Washington it was still bubbling. He’ll look in on it next time he’s back home.  Cider is pretty flexible in the timing of the fermentation. It can take up to six months and include several rackings to get the cider to clear and the flavor to fully develop. 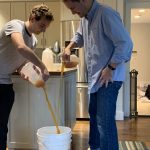 Adding yeast to the cider

My 2018 batches are in the bottle now, each one with a noticeably different flavor from the variety of apples included. A little of the heirloom batch was lightly sweetened just before bottling for a third option.  Himes added a little honey to his cider before fermentation for added flavor. He’s a beekeeper with his own backyard hives, and has brewed mead in years past.

Historically, family farms all across New England had a few apple trees out back for cider making. Fresh cider, like we enjoy today, was unknown.  Without refrigeration it wouldn’t keep. Instead it was fermented for a safe, sturdy, and warming drink that would last the winter.

Apple seeds do not grow true to type so many of those old trees were one of a kind or little-known varieties. Efforts are now underway to find and catalog them, saving and grafting shoots in heirloom orchards. It’s part of the New England cider renaissance. 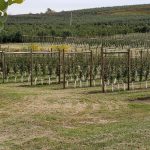 Farmers are planting these old apple types and honing their fermentation skills. Ciders range from the sweetish national brands like Angry Orchard to single farm fermenters like Blue Hills Orchard in Wallingford.

Blue Hills sent a batch of their favorite apple varieties up to the experienced cider makers at Stormalong Cider in Massachusetts.  The result is a delicious, naturally cloudy, mildly sweet, hard cider made exclusively from Blue Hills fruit as part of the Stormalong Farmstead Series.  Look for it in stores in Connecticut, about $4 for a 16 oz can. Eric Henry, proprietor of Blue Hills told me he’s planted an orchard of sour cider apples to make a dry cider once the trees begin to yield.

Most liquor stores have an expanding selection of ciders these days. World of Beverage on Main Avenue in Norwalk has a wall of choice just as you walk in. Total Wine in Norwalk carries the major brands and some smaller producers too. Ancona’s in Wilton has a few of the boutique bottlings as well as some of the dry European styles made in New England.  Ask for some advice about flavor and style.

Cider Week in New York City kicks off on November 8.  Put on by the New York Cider Association, it’s a ten day celebration of hard cider with tastings, dinners, and meet-and-greets where you can hob-knob with the cider makers and get to know their products.

At restaurants, pubs, tasting rooms, and markets cider from New York State can be tasted, discussed, and purchased. In addition to tastings and opportunities to meet the people behind the cider, there are cheese pairings and cider dinners across Manhattan and Brooklyn.  Twenty cider makers participate, bringing a full range of their products. It’s a once-a-year opportunity to learn about cider, find new flavors, and enjoy cider with friends.

As Jim Himes said, “It would be cool to see cider make a comeback.”  It looks to me like it’s well on its way. 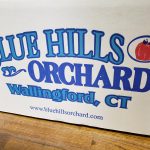 Next post From The Norwalk Hour: Breakfast -- the Most Personal Meal of the Day

Previous Article Bloodroot in Bridgeport stars in its own documentary

From The Norwalk Hour: An Apple a Day