From The Hour: Local Food, Fun, and Beer for Oktoberfest 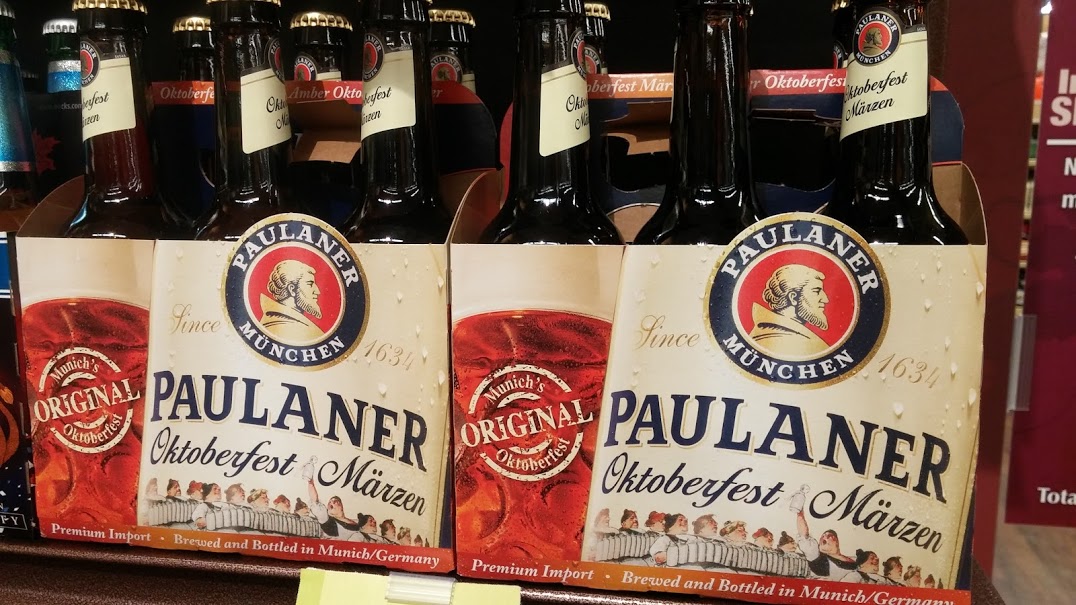 For a food and drink celebration, you can’t beat Oktoberfest! The combination of hearty comfort food and seasonal beer are perfect for this time of year.

The original festival in Munich, dating from 1810, was created to mark the wedding of King Ludwig of Bavaria to Princess Therese. Since then, it has become a vast party lasting for 16 to 18 days from mid-September to early October where more than six million people gather for food, music, amusements, and a healthy dose of Bavarian culture.

But mostly they gather to drink beer!

Oktoberfest and beer are synonymous. The festival conjures images of servers in dirndls and lederhosen carrying impossible handfuls of huge beer mugs. Over 6 million liters of beer (about 1.75 million gallons) are consumed at the festival each year. The beer starts flowing at 10:30 a.m. and 9:30 on weekends!

The festival’s official site (oktoberfest.de) modestly claims, “It’s no coincidence that Bavaria has the best beer in the world.” It references the Bavarian Purity Requirements, decreed by Duke William IV in 1516 to support the claim.

Märzen (March), the traditional Oktoberfest beer, originally brewed in the spring, is a strong (5 to 6+% alcohol), medium dark, reddish or amber, malty brew, with mild hops Märzen was held in ice-cooled caves for summer drinking when the warm weather prevented brewing. Any remaining Märzen was finished off at celebrations in October after brewing resumed. 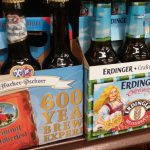 By law only beer brewed in the Munich city limits can be served. The following six breweries meet the requirement: Augustiner-Bräu, Hacker-Pschorr-Bräu, Löwenbräu, Paulaner, Spatenbräu, and Staatliches Hofbräu-München. Each has their own tent at the festival, some with more than 10,000 seats. In addition to Märzen, you can get almost any style of beer at the festival. The most popular is Helles, a lighter Bavarian pale lager.

In our area, a number of restaurants celebrate Oktoberfest, not with massive tents and staggering volumes of beer, but with German menu favorites, authentic Oktoberfest beers, and American craft brews that honor the Oktoberfest tradition. 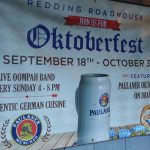 We stopped at the Redding Roadhouse (thereddingroadhouse.com) on a recent weeknight to get in on the fun. Renovated and reopened a few years ago, the Roadhouse looks great, with a large and busy bar and a cozy dining room with a massive fireplace.

They do it up right with a full menu of German specialties and a good selection of beers. A 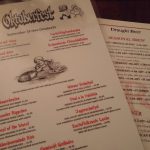 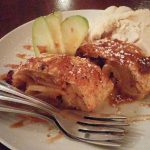 Oktoberfest demands a good beer selection and The Roadhouse fills the bill. From Germany the Spaten Oktober Lager and Paulaner Oktoberfest are on draught. Goose Island Oktoberfest from Chicago is an American Lager. There are also the requisite seasonal pumpkin ales: Kentucky Barrel from Lexington and Dogfish from Delaware along with a couple of local pilsners.

In Norwalk I’ve seen Hacker-Pschorr, one of the official Munich festival beers, on tap at both Sedona Taphouse on West Ave. and Blind Rhino in SoNo. No German menus here, but the festival’s all about the beer, right?

At Harlan Public in SoNo they put on a special all-inclusive Oktoberfest dinner on four consecutive nights. It’s over for this season, but a friend who went, said it was great. I’ll be looking for it next year.

With its German accent, Rothbard in Westport is pretty much in Oktoberfest mode year round. They did have a special event one night, but you can get an authentic experience any time. They’ve always got the schnitzel, sausages, and sauerbraten along with a great selection of beers. Declare your own Oktoberfest anytime the mood strikes and head on over.

October is short on food-centered holidays. Columbus Day doesn’t have a food identity. The pumpkin flavor juggernaut is seasonal and apples and cider are celebrated, but neither has its own date.

Oktoberfest is ready to step into the breach. Although the dates are difficult to pin down, the food and beverages are clearcut. Hard to find the rest of the year, German food and culture step forward for a few weeks when the weather is delightful and appetites are sharpening. I hope you get in on the fun too. Prosit! 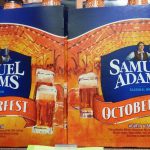 Next post From The Hour: I Pine for Pears