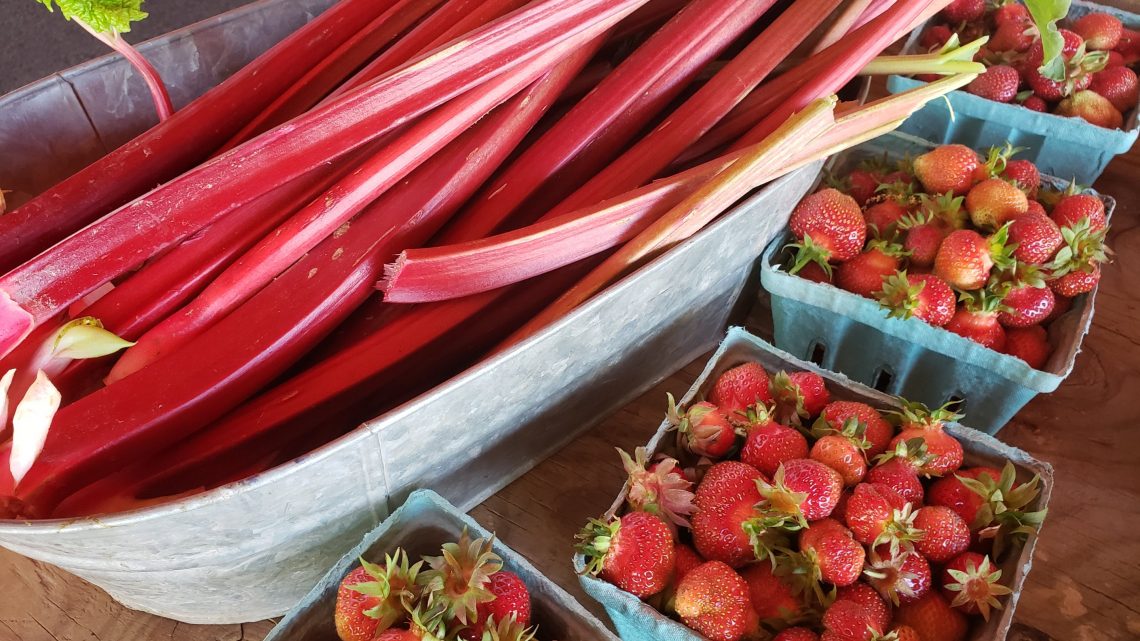 It must have been a brave person who took the first bite of rhubarb. How could they imagine that with the addition of sugar (lots of sugar) the sour, acidic stalk could be turned into a springtime culinary treat. 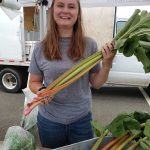 One of the first garden plants to mature in spring, rhubarb has become a sure sign of coming summer on the dessert menu. Its citrusy-fresh flavor is delightful once the tartness is tamed.

Strawberry-rhubarb pie or crisp is perhaps rhubarb’s most famous starring role. With a season starting in late May and carrying on through June, rhubarb overlaps with field-ripened strawberries. With the two growing side by side on small farms across New England, the pie was a natural.

I found some local rhubarb at the New Canaan Farmers Market. Kelly Sullivan of Ox Hollow Farm told me that it’s very popular, as she snapped the large leaves off the long stalks. 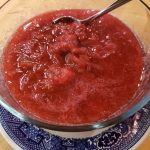 A slow-simmered compote is the easy way to get started in rhubarb season. Three cups of rhubarb slices and ¾ cup of sugar on the stove for about fifteen minutes yields a tasty, sweet-tart tub of spoon-ready rhubarb.  The recipe is a little loose, since tartness is a matter of taste and the water content of the rhubarb will vary.

Ladle it over ice cream, stir it into morning yogurt, or swirl it into a savory dish. It’s a handy condiment.  A comment on the New York Times compote recipe suggested adding a spoonful to a gin and tonic, expanding its reach to the cocktail hour.   The compote could easily replace the fig jam on a cheese board. 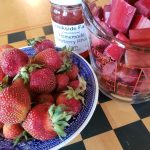 The basic compote can be jazzed up with addition of vanilla, cardamom, or an orange peel.  Fruit liqueurs like orange-flavored triple sec, a ginger liqueur, or even currant-flavored cassis would work.  Cook it a little more with some pectin, and you’ve got rhubarb jam.

Rhubarb is the springtime celebrity of the dessert menu.

At Scratch Baking in MIlford, Lesli Flick has been baking strawberry-rhubarb galettes and almond-rhubarb bars with the early-season stalks. Going forward, there will be mini strawberry-rhubarb pies with the bakery’s signature butter crust and homemade streusel topping.  Four inch pies are in the case; nine inchers must be ordered in advance. 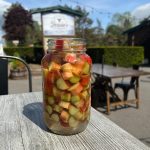 When I asked John Barricelli at SoNo Baking if he was doing any rhubarb this season, he responded, “Of course. Strawberry rhubarb pie.” Order it with either lattice or crumb topping.

Chef/owner Philip DiFalco, of the popular Hudson Valley restaurant Jessie’s Harvest House, is into rhubarb.  Stopping by our table after dinner he told us about pickling rhubarb and making rhubarb cheesecake (unfortunately for the next day’s menu).  He has his own rhubarb plant just outside the kitchen door.

Rhubarb has a supporting role on the savory side. 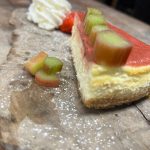 Creative chefs use its tangy fruitiness just like you would use cranberries or lingonberries. The compote is a great condiment for roast duck and other rich meats. Stir a little into braised pork chops.  Reduced and thickened, rhubarb compote can be used as a glaze for ham or pork roast.  Spice it up some for a tangy barbecue sauce on grilled chicken or ribs. 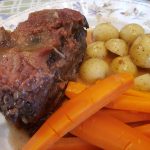 It’s an easy recipe with a video guide and delicious results. The rubbed and rested ribs are braised on a bed of rhubarb, seasoned with the compote and slow-cooked for three hours. You can’t beat that.

Rhubarb is easy to grow at home.  Stick the perennial plant in a sunny spot, and you’ll pick your own for years to come.  Be warned, though, the leaves have high levels of toxic oxalic acid and can’t be eaten.

Thank goodness for the brave soul who took that first bite. Spring wouldn’t be the same without it. 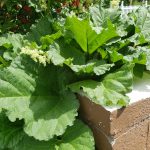 Next post From Sunday Arts and Style: Go all-out for Father’s Day brunch