From Sunday Arts and Leisure: California wine, off the beaten path 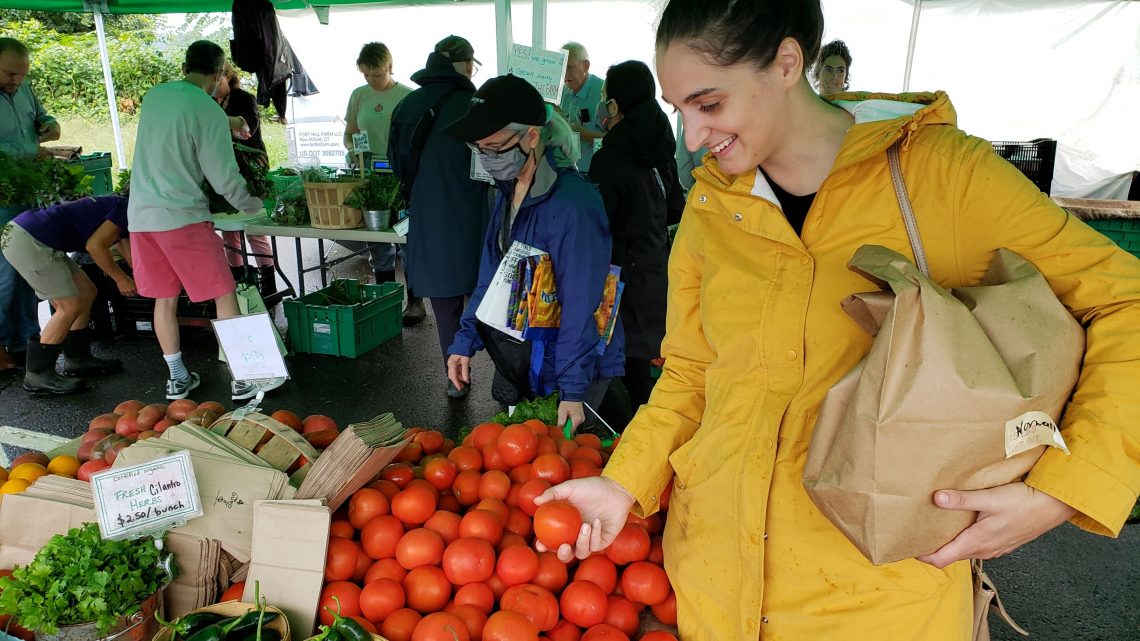 “I love the market,” Chef Bill Taibe proclaimed. “It’s the center of food in Fairfield County.”  Taibe is the chef-owner of some of the best restaurants in Westport, including The Whelk, Kawa Ni, Don Memo — and new this summer — The Art Space Cafe in Norwalk. 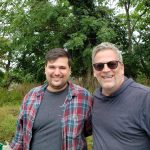 Taibe is also the booster-in-chief for the Westport Farmers Market, as a customer (all his restaurants buy there), long-time board member, and now serving as president. He can’t say enough about the importance of the market as a resource for restaurant menus. It’s where chefs find fresh, local, delicious food that inspires a strong farm-to-table connection across the county.

Taibe introduced me to three of his chefs.  They were making their weekly visit to the Thursday market, picking up orders placed earlier in the week, looking ahead to see what’s new as the season changes, and keeping in touch with vendors.

Alec Demonico, chef at Kawa Ni, Taibe’s Japanese Izakaya pub, was picking up kale and other produce from Fort Hill Farm. Taibe introduced me to farmer Rebecca Batchie as “The best farmer in the world.” She rewarded him with a big grin. 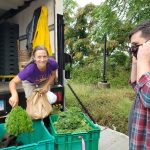 The produce display at Fort Hill was spectacular. Tomatoes in many sizes and colors, bright peppers, salad greens, root vegetables, and early-season squash were stacked high.  All the chefs made a stop here.

“Of course, we deal with the big suppliers out of New York,” Taibe shared, “but you can’t beat the freshness, diversity, and quality of farmers market produce.”

Demonico’s next stop was at Seacoast Mushrooms where he picked up a mix of king, oyster, shitake and hen-of-the-woods from Carley Paterson.  They’re the basis for popular Kawa Ni menu items including Mushroom Fried Rice and Mushroom Dashi. 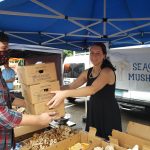 Caitlin McGowan, chef at The Art Space Cafe started her morning at Fort Hill Farm too. After securing her order of tomatoes, squash, and kale she toured the display looking for ideas as the season and her menu pivot to Fall.

As we walked across the market, Raphael, a regular at the Cafe stopped to chat. He described McGowan’s menu as, “New York food in Norwalk, a bright spot in the local food scene.”  The market, it turns out, is not only a place for chefs to keep in touch with suppliers, but a broader community where customers can join in the conversation. 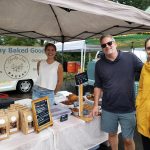 McGowan made a stop at Cloudy Lane Bakery to catch up with Danielle LeBlanc, a supplier to the Cafe of organic, gluten free, small-batch cookies and desserts. LeBlanc is typical of many WFM vendors. Her passion for food led her to create tasty treats with a focused point of view.

Next I met Chef Anthony Kostelis of The Whelk.  He’s a 2017 Graduate of Johnson and Wales Culinary school with a restaurant background that started, like so many, at an early age. Progressing through some of Taibe’s kitchens, he now leads the brigade in one of the most acclaimed  restaurants in Fairfield County. He and Taibe chatted about menu items and recipes as they had a look around the market. 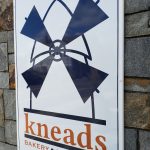 While doing some shopping on my own, I visited with Brittany Moreno, half of the husband and wife team at the popular Kneads bakery cafe in Westport. They’re big supporters and buyers at the market.

On the way home I stopped in at Kneads to find out what market fruits they’re featuring. Chef Daniel Moreno pointed out the apricot turnovers filled with tart, fresh-tasting jam that they made in season from 200 pounds of fruit. He also recommended the nectarine crumb muffins. 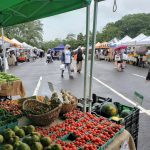 My last stop at the market was at Fort Hill. While stocking up on heirloom tomatoes I introduced myself to Chef Jared Falco of the newly-opened Rosina’s restaurant in Greenwich. He was looking for lettuce, tomatoes, peppers, and peaches. I asked why he came all the way from Greenwich with his kitchen team. “This market doesn’t exist anywhere else,” he said. “It’s super organized and the quality is great.”

Shopping at the market creates a link between restaurants and farmers in a mutually beneficial network that enhances menus and creativity throughout the region.  Without the market, eating out just wouldn’t be the same.

Next post From The Norwalk Hour: An apple a day

Previous Article From The Norwalk Hour: A new crop of bakery cafés, each with their own style