From The Hour: Gingerbread Flavors the Season 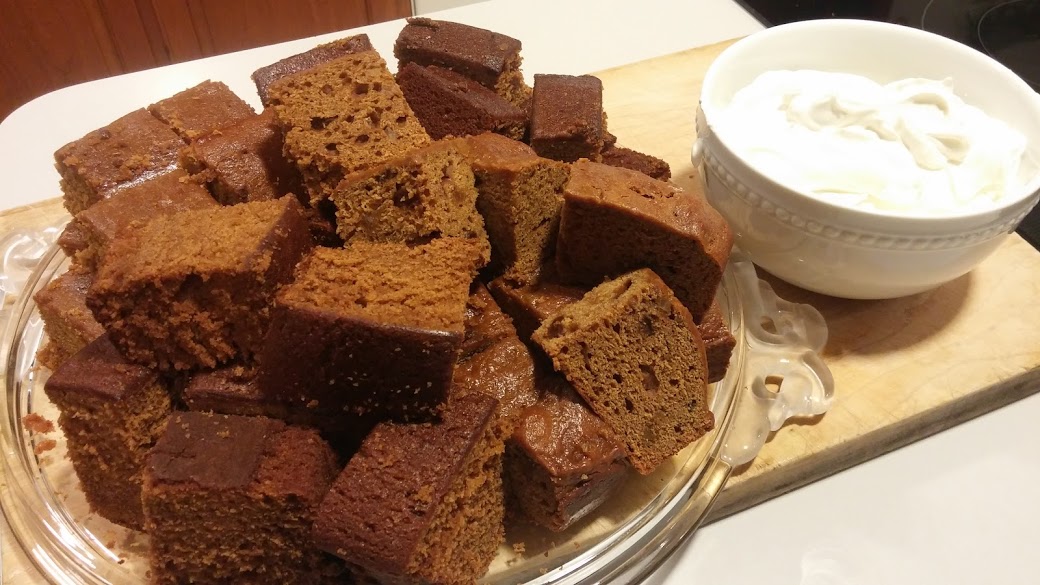 Fragrant and spicy, with aromas both exotic and everyday, baking gingerbread perfumed the house all afternoon. The molasses, ginger, and spice fragrance announced the Christmas season. Now, the hardest part would come: waiting for it to cool before taking a bite.

These days, gingerbread is most commonly seen as a cookie or in edible houses, but before all that, gingerbread was more commonly a cake.

Ginger came to northern Europe on the Silk Road and was popular in medieval times for crisp cookies cut into seasonal shapes – sometimes decorated with gold leaf. Colonists brought ginger with them to the new world, where gingerbread cake was more popular than the cookies. “Miss Leslie’s New Cookery Book”, published in 1857, named her gingerbread recipe for the Marquis de Lafayette, who was served the cake by the Washington family.

When I started looking into gingerbread, I found a wide range of recipes from simple to complex. Some have more ingredients and intricacy while others have a pristine simplicity. The most straightforward versions were written by Fanny Farmer, that stalwart of New England cooking; and by my wife’s grandmother (GiGi) in her Georgia kitchen. James Beard in “American Cookery” and the web site Allrecipies.com both have a little more going on – 10 or 11 ingredients each. Not surprisingly, Ina Garten in her cookbook, “Barefoot Contessa – Back to Basics,” and Ruth Reichl in her novel “Delicious” turned in the most complex and challenging recipes. As befits these media darlings the recipes call for hand-ground spices, crystallized ginger, and thirteen ingredients each. Miss Leslie, as interpreted by Greg Patent in “Baking in America,” had the most ingredients in the special occasion cake made for Lafayette. 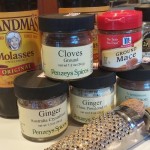 It was fascinating to look at the seven recipes I surveyed to see the differences and similarities. All called for 2 ½ to 3 cups of flour, salt, ginger, and shortening (6 butter, 1 crisco). All but one called for molasses (none for Reichl), and sugar (2 brown, 6 white, none for Garten). Some eliminated cinnamon, cloves, and eggs. The egg count varied from one to three. All but one leavened with baking powder, four added baking soda, and Farmer used soda only. Some used additional spices including cloves (5), cinnamon (5), and nutmeg (3). Reichl included black pepper and cardamom. Miss Leslie called for mace. Other flavorings included orange juice, zest, sour cream, rum, and brandy. Two recipes called for icing. Patent suggested (and I agree) that serving “softly” whipped cream was enough.

It was astonishing that these diverse recipes were all for the same thing. I just had to bake some to see how it all worked out. Seven, however, was overwhelming. I opted for Miss Leslie’s for historical context, GiGi’s for the family connection, Ina Garten for a more complex effort (couldn’t resist the golden raisins and crystallized ginger), and Allrecipies.com for a basic recipe in circulation today. 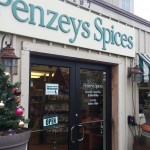 Before I could begin, the spice cupboard needed some updating. A trip to Penzeys spices on Westport Ave. set me up with some ground and crystallized ginger, two types of Cinnamon – China and Vietnamese, and ground cloves. It’s hard to resist the tantalizing array of spices and herbs at Penzy’s, but I tried to stay on task.

The baking began with the satisfying work of assembling and measuring the ingredients, then following the recipe steps, and, at last, relishing the aromatic reward from the oven.

I was looking forward to Miss Leslie’s Lafayette gingerbread with ginger, cinnamon, mace, nutmeg, brown sugar, orange juice and zest and a splash of brandy. The cake had a light texture and a medium ginger color, but all those flavors got muddled and took a back seat to the dominant citrus aroma and flavor. Good cake to be sure, but not my ideal gingerbread. 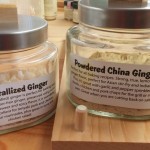 Gigi’s recipe yielded a dark brown cake with a crispy top (almost a crust) from a longer baking time. It was unmistakably ginger-flavored, with the other spices including cinnamon, nutmeg, and cloves in a supporting role. This was the only recipe with shortening instead of butter. I substituted Crisco for the obsolete Spry in the original recipe. The firm, moist texture was just what I expected.

The most complex recipe in my sample was from Ina Garten. With thirteen ingredients and nine steps, it was the most demanding. The result was notable for its light ginger color, raisins, dense texture (from the sour cream), and complex flavor. The raisins, crystallized ginger, and orange zest compensated for the absence of sugar. It was our granddaughter’s favorite.

The Allrecipies.com version had a light, delicate, “cakey” texture. Darkest colored of the four with a dominant, almost bitter, ginger flavor, this cake had half the sugar and twice the butter of the others.

Anyone who passed through our kitchen during the bake-off was asked to taste and comment. Judy and Hallie both liked the more gingery, darker colored traditional styles – Gigi’s and Allrecipe.com. Art and Matt favored the richer, more complex and lighter colored styles of Miss Leslie and Ina Garten.

I took a platter of all four to a holiday party for informal sampling. Each was favored by more than one taster. It seems there is no one path to gingerbread truth. Everyone brings their own taste and gingerbread history to the table.

After two afternoons of measuring, sifting, stirring and baking the four batches of gingerbread, each told their own story. The two darker had a more straightforward gingery traditional style. The two lighter had more flavors from their longer list of ingredients. Each looked different but had an irresistible aroma. Not a bad one in the bunch. So in the end, it comes down to personal preference.

I liked them all, but favored Gigi’s for a classic gingerbread flavor and texture. See her recipe at www.FranksFeast.com. Our daughter said she preferred her own recipe and promised to make us a batch. Do you have a favorite gingerbread recipe? I’d love to see it! 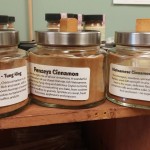